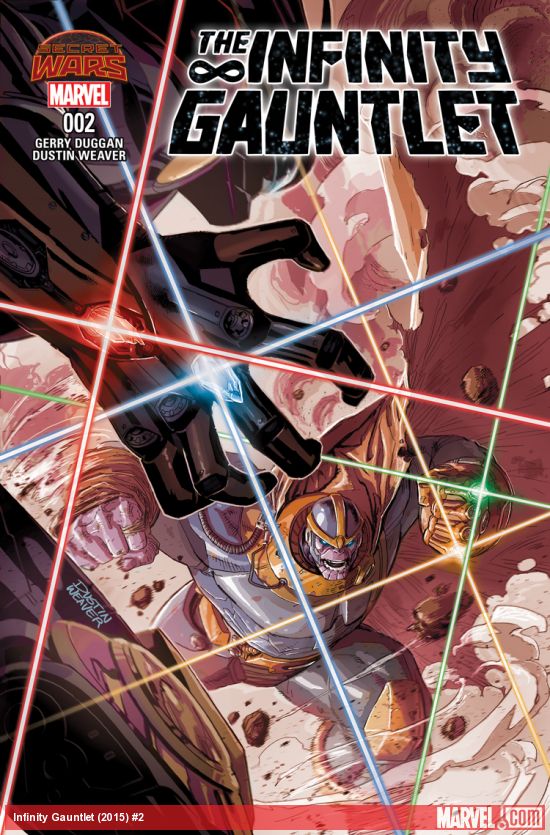 If we are keeping it one hunned this book is straight up Book of Eli meets the Infinity Stones and I love it. Eve, Menzin’s wife and the children’s mother is back and she is a freaking war vet. She has her little quips here and there but this woman would Have only 7% of the G.I. Joes being able to cut it with her training regimen. Eve knows what they are facing and she arms her family the best way she knows how. It’s interesting with her being the logical choice and Menzin being reluctant to go with this (that softness Gramps was talkin bout) due to them just being children. We perhaps are seeing Weaver and Duggan draw the line between the husband and wife duo on their views of what type of force is necessary, with Menzin being more of the pacifist. 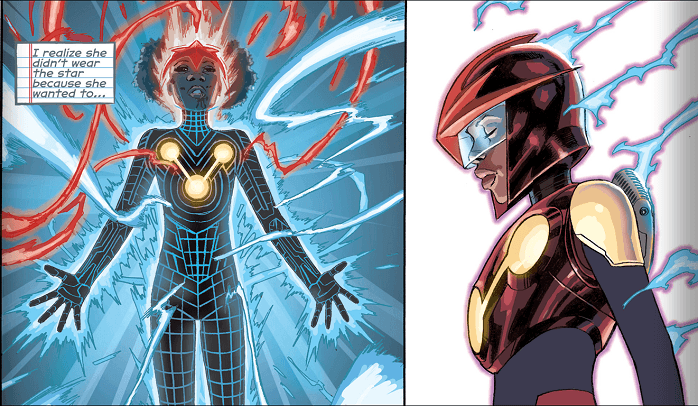 Look at Weaver doing the lord work with Anwen getting her black girl magic on and cosmic up grade with the Nova force. Weaver is such a master at making the environment look so fucking gritty, dirty, and hopeless while showing these characters bruised and bloody from trying to survive. He is able to do all of that and then easily switch to these gorgeous color schemes and vibrant details. Eve & Menzin have a couple scars across their face but Weaver is able to make them accentuate the beauty of these characters even more. These scars have become beauty marks on these characters. The world they live in is so rugged and rough but it’s scenes like Fayne not wanting to leave ZigZag behind and believing she is just as capable as being a Nova as the rest of them that makes you go “Oh Fuck yes” as you read this book. Weaver weaves the visual beautifully for the reader to follow. 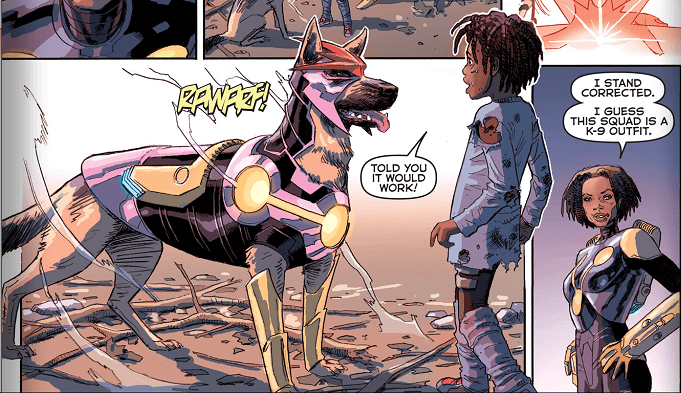 This issue deals with Eve giving her family a crash course in survival. It is interesting that this is how we meet Eve, with her strolling still smelling like war. Doesn’t mourn the death of her father, trusts her daughter to handle herself in combat when she gets separated from the pack, clearly a leader as she gives out instructions to her family. This issue shows how strong she is as a mother, soldier, and leader. I don’t have a doubt that Eve had this personality and approach way before she ever signed on with the Novas.

There’s so much this book is offering us with new players unveiled and a time skip of a possible future. Weaver and Duggan have created a series and characters that got me paying taxes on all this emotional investment I’m putting forth. Two issues in and still on fucking fleek. This is a book that is going places, folks.