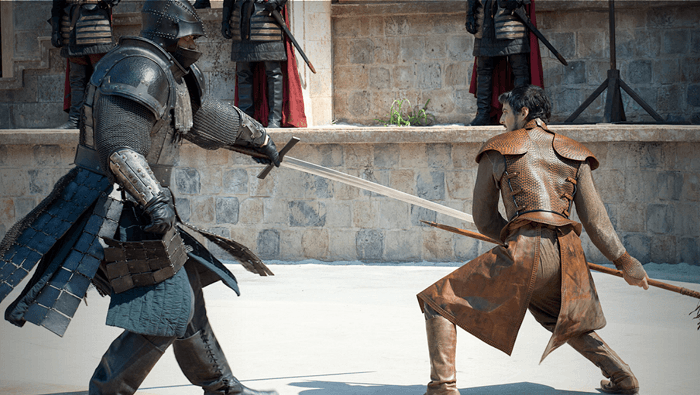 Before first person shooters became the dominant species or before Gran Turismo decided to take decade long gaps between releases, the one type of game that everyone could jump into was a fighting game. Mostly like, a 2D fighting game (3D fighting games somehow took on a whole new skill set). They were and still are easy to attract fans for a couple for a couple of reasons. 1) Anyone can jump in, no matter your play style. But also because fighting games can encompass so many different licenses and characters. True, the best fighting games that have stood the test of time tend to be the ones that created all of their characters and lore (Street Fighter, Mortal Kombat), but it’s always fun to see some characters you know from outside those properties, suddenly getting off 7 point combos and letting the god loose on some stock character. The games varied in quality, but that doesn’t mean it wasn’t awesome taking Spider-Man versus the field in Capcom vs Marvel, or wielding the cheat mode that wasn’t if you had Spawn on the Xbox version of Soul Caliber IV. And while it was built heavily on the back of the Mortal Kombat reboot, but Injustice: Gods Among Us gave us the DC fighter we didn’t even know we wanted. So what other universes would work for a fighting game?

[divider type=”space_thin”]
Maaaaan, listen. I wanted to save this one for last but I couldn’t help myself. Giving us a fighting game in the Land that be Bending would be the equivalent of Sokka earning his sword.

Why it would be great: You would think that with only 4 elements, you might run out of attacks, but considering how many different variants of bending we saw during both the A: TLAB and Legend of Korra, you would have no trouble mixing it up. Not to mention all the variants of bending like metal or lightning. Also, you’re unlockable skins for characters could include recognizable wardrobe changes or the older versions in LOK (Toph, Katara, Zuko). Also, you don’t have to limit this just to benders. Sokka with his sword and boomerang, Asami with martial arts and her power glove, Mai Lee with her blades, we could mix this up a lot. There would need to be some balancing issues, but wouldn’t it be great to see the environments factor into the bending (like you are not trying to see a Beifong on the hangar stage in Republic City)? And of course thing of all the signature moves like Azula’s Blue Flame, Toph backing into a wall and covering herself in earth for a temporary armor boost, Toph with her cables, Aang’s launch move being an uppercut with his air glider, or Zaheer hovering during the match.

[divider type=”space_thin”]
Why it would be great: So if there’s a weakness here, it’s that your combatants are mostly sword wielders. However, the different types of blades and fighting styles play a role here. Are you swinging a big broad sword like The Mountain, or are you a balanced one handed swordsmen like Brienne. Or are you rocking a whip like one of the Sand Snakes? Or what about Oberyn’s spear? Or Arya bouncing around like Catwoman with needle? The styles would have to dominate here to differentiate the characters, but if you get inventive (like including Grey Worm with his spear or Khal Drogo with his a curved Dothraki sword), you could really have something here. The “fighting” women characters are a little on slim side, but you still have Arya, Brienne, a Sand Snake and Yara Greyjoy.

Environments: Here’s where the game could shine. Royal court in front of the Iron Throne, The Black Cells, Dothraki Sea, Meereen Fighting Pits, Drogo’s Nest or the catacombs where the other dragons are kept, Highgarden, Dragonstone and of course on top of the Wall.

Challenges: And this is Thrones so, we should have no problem with fatalities. Anywhere from flaying your opponent, calling out Ilyn Payne to carry out the King’s Justice, or Stannis summoning the smoke demon to finish off the loser. 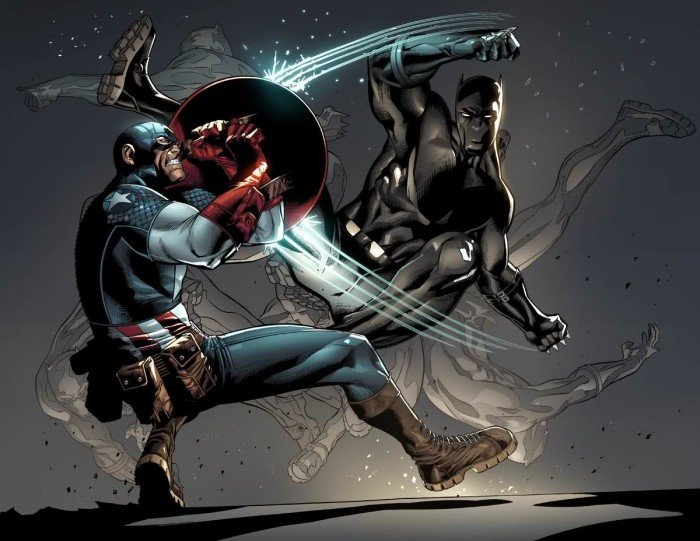 Why it would be great: It’s usually the other way around, but Marvel needs to bite DC and give way to their own Injustice. It would be a straight rip, but that doesn’t mean I wouldn’t pre-order something like Marvel: Secret Wars, the fighting game. One of the many problems with the Marvel vs Capcom series is that they had to balance the two different universes together and that hindered the gameplay and the setup. Injustice might possibly have the best story of any devoted fighting game in history and Marvel could do this sooooo easily. Also, the benefit of doing it now is the amount of diverse characters and power sets that exist in the Marvel Universe compared to just a few years ago. Ms. Marvel with the embiggen fists? Being able to fight as old man Steve Rogers or Falcon with wings AND his shield? Don’t even get me started with Miles Morales’ venom blasts or Medusa’s hair used in various aggressive forms. You could do a free for all Marvel that brings in all the ambiguous villains (Doom, Superior Spider-Man, Kingpin) or do an Avengers vs X-Men story.

But that doesn’t mean it’s a bad idea. It’s actually, an incredible idea. Of course, having all the saber wielding characters involved on both sides of the force is a given, but also incorporating many of the characters outside of the movies would work well to fill out the roster as well.

Challenges: No fatalities. Also, there is the matter of blocking for non Jedis when they go up against a light saber. But if Injustice can pull off the suspension of disbelief where Green Arrow can knock his opponent through several buildings, then I suppose this isn’t a bridge too far. 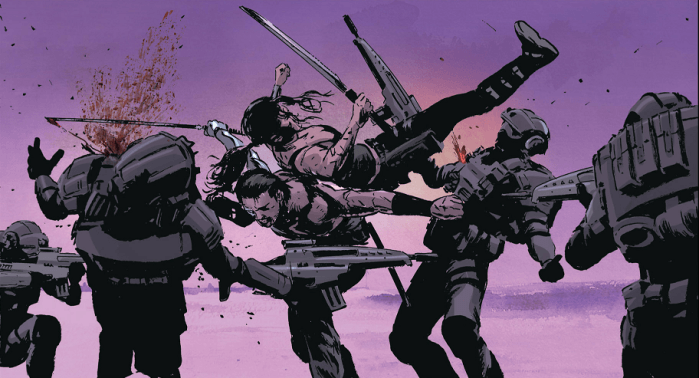 Why it would be great: Ok, the most ridiculous idea on the board would also probably be the coolest (if not completely, logistically impossible). Image has some of the most badass characters on their roster right now and it would be rewarding for those that are familiar or a cool introduction to people that aren’t. Since most of Image’s catalog consist of non-superpowered characters (but not all), you could have a pretty even playing field among the characters. Need examples? Want to hear who you’re shipped roster should be:

…I mean, really, I could be here all night.

Environments: This is tricky as these characters don’t really exist in the same universe and don’t have specific landmarks. But you would have variance, even in the dystopian worlds of East of West, The Walking Dead and Lazarus. Or inside Bitch Planet. Or the magic filled world of Saga or Rat Queens. But, like Super Smash Bros, you could take recognizable locations from each of these comic books and used them as backgrounds or stages.