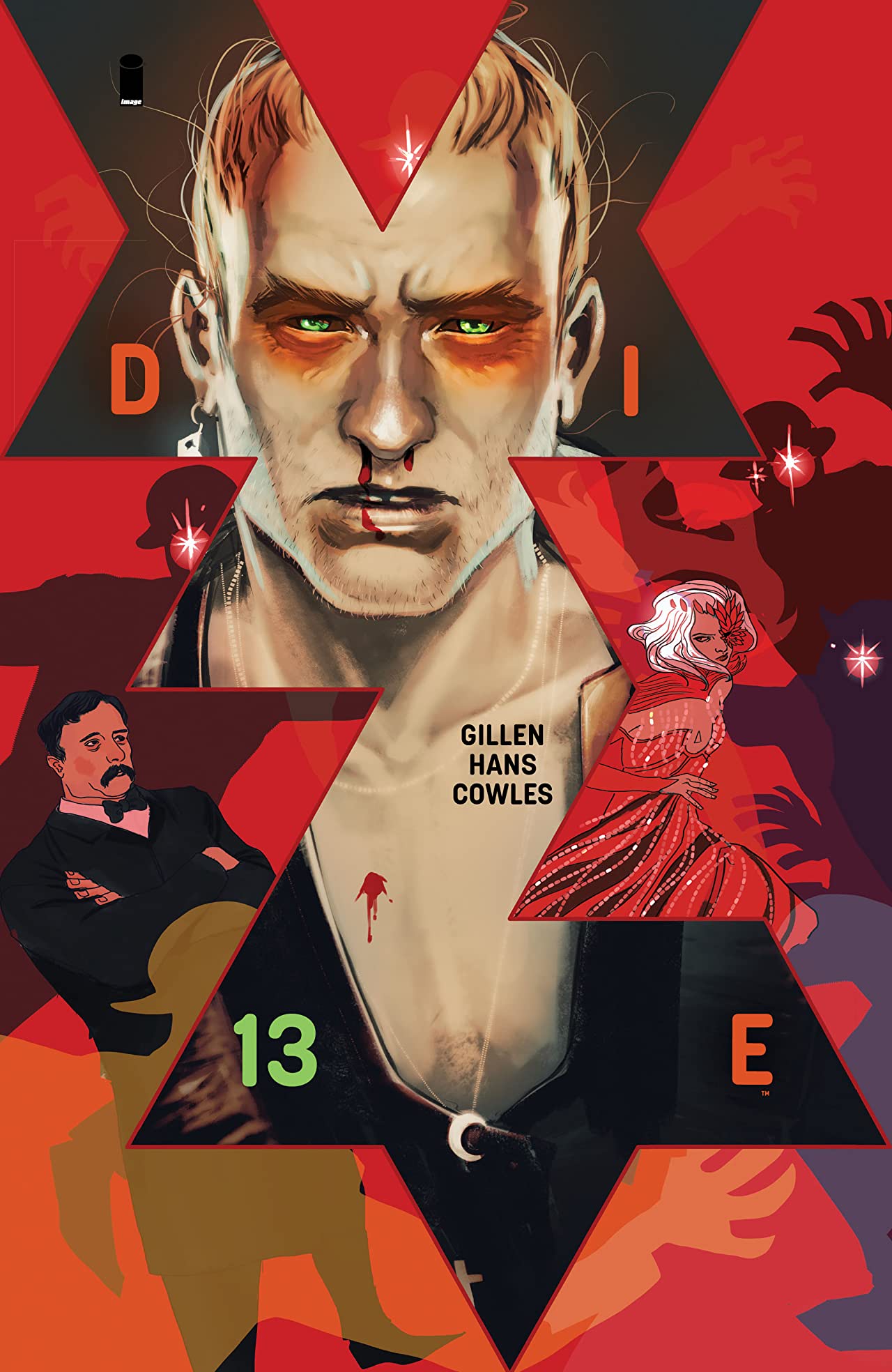 Truly, the best part about monthly Die reviews is that I can safely talk about the spoilers from the last issue. I can talk about those spoilers and fully revel in how utterly bonkers this series has become from its original premise of ‘Jumanji, but make it goth’. With the introduction of Charlotte Bronte as one of the Game Masters and now, H.G. Wells is in the mix! Easily cementing the series as a giant game of literary allusions and metatextual mastery. On the other hand, the worst part of Die reviews is that I can’t completely geek out on the implications of the given issue, but honestly, it’s a worthy trade-off.

The splintered narrative device that has been the name of the game for quite some time continues in full force. Although this is very much a “wham episode” in terms of the revelations revealed over the course of the pages. Gillen leans a little more on the prose-y side at the start of the issue, given that there is a lot of exposition with H.G. Wells and Ash discussing the very nature of reality. Also, Matt, Chuck, and Angela make their way to the realm of the Fair. That said, Hans continues to do exemplary work and where the necessary information is dropped in text form, there is truly spectacular artistry at hand. This is top-notch speculative fiction in every way, that blends fantasy, sci-fi, and now even includes alternative history in such brilliant fashion that it’s almost maddening.

Die is a comic that gives any conversation the dynamism of a fight sequence. While most of the issues are characters talking at each other, the deeper dives into the mechanics of the world being built and how it all cascades and sets the next movements in motion is truly magnificent.

This series continues to be a perfect encapsulation of all of the things I love about roleplaying games and comics. Gillen and Hans are like two gamemasters recounting an epic campaign in the most dramatic fashion and I am ecstatic to be able to partake in the retelling every month.

Reading Die? Find BNP’s other reviews of the series here.