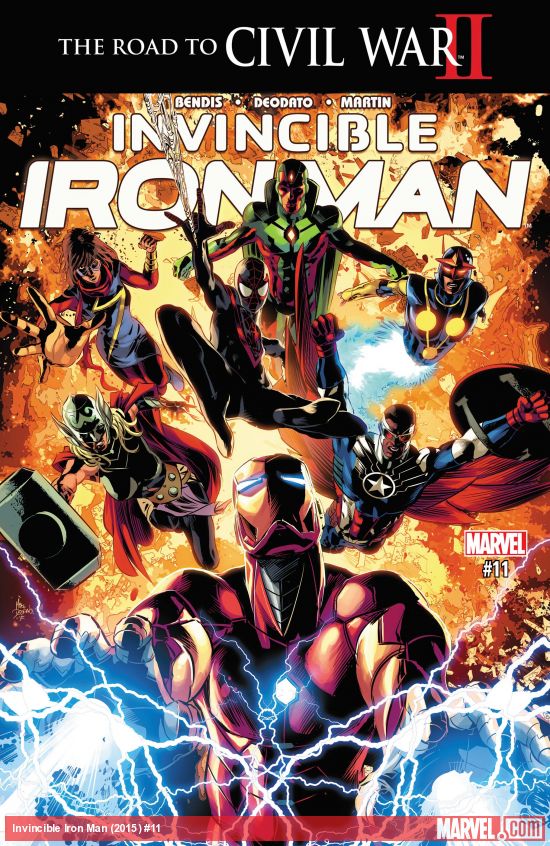 Brian Michael Bendis has caught a lot of flack recently (and deservedly so) for putting another person of color in front of the firing squad which seems to be a commemorative event where Marvel’s Civil War books are concerned. However, credit must be given where credit is due. Invincible Iron Man, despite its occasional hiccups in the plot, has been a fun book with decent characterization of Tony Stark that deserves a weekly FX show. The whole techno golem saga has been handled a bit sloppily but has mostly had the right idea as it goes along.

Having said all that, Issue #11 is a little weird. For the epic conclusion to a major story arc, things move along in a very matter-of-fact manner. I mean, all the components to resolve the conflict are there, the space for future threats, more of the Mary Jane/Friday top rope tag team action we love, etc. However, the tone is a little anti-climactic. It just sort of lays everything out for you and leaves you there to deal with it. There’s a couple of cool loose ends that deserved more fanfare than they were given. 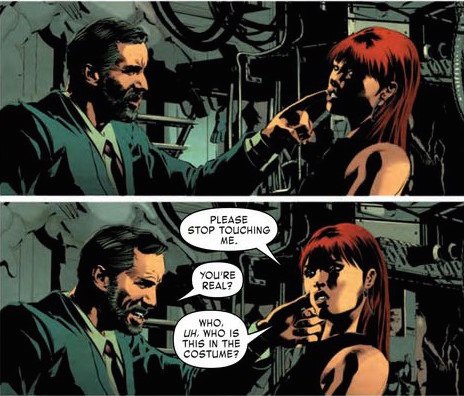 Still, there was a particularly cool guest appearance a truly inspired splash courtesy of the legendary Mike Deodato, but honestly, the resolutions here deserved a little more excitement considering this is the issue before the book’s Civil War II story. On the bright side, as far as the Riri Williams’ storyline goes, we got a somewhat funny check-in on her as we move toward her inevitably coming face to face with Iron Man.

Bottom Line: This wasn’t necessarily a bad book, per se. It had all the right moving parts, but it was bit like your favorite soda without the fizz.

7 James Franco Disguises out of 10