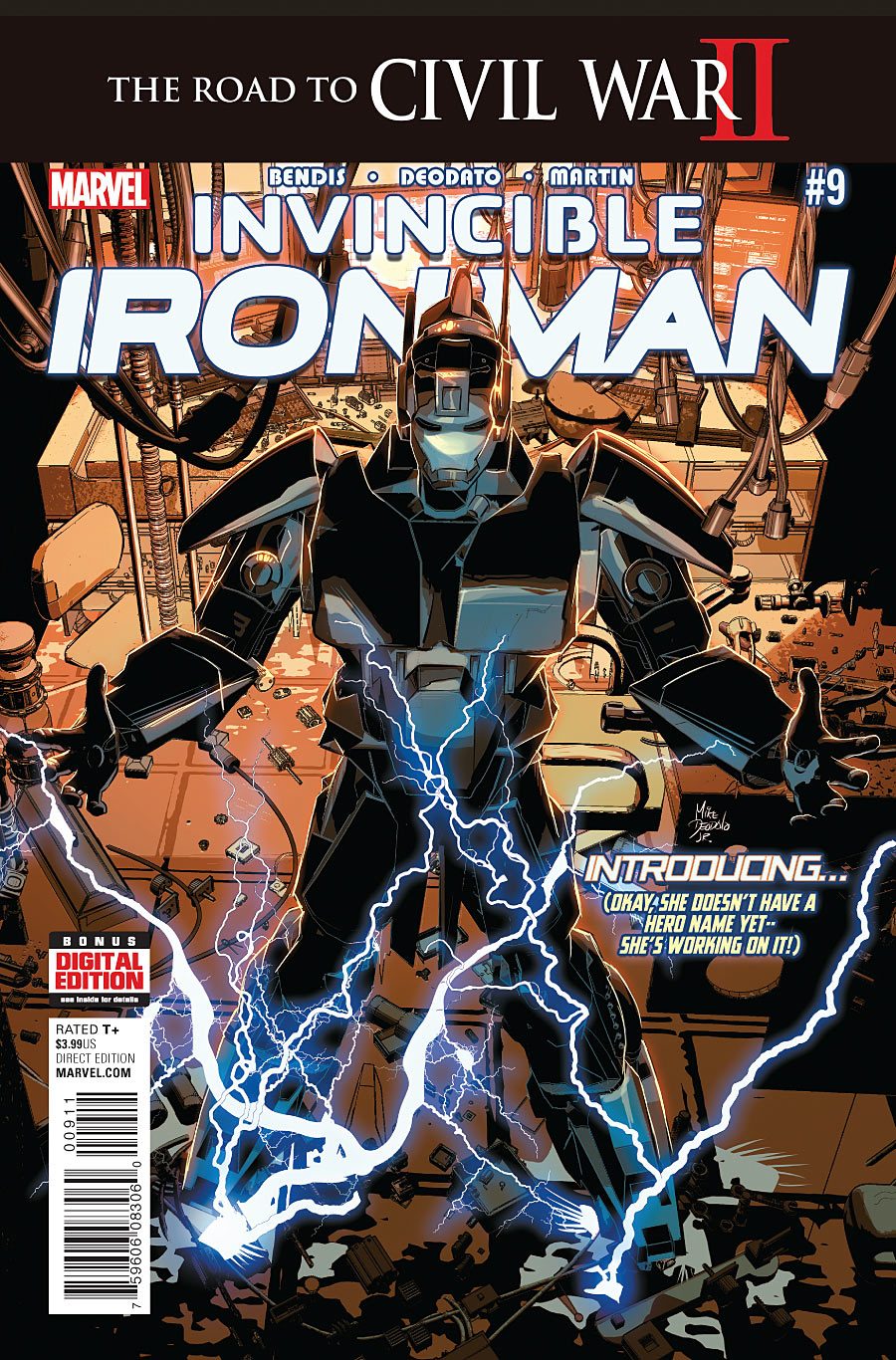 I’m not going to waste too much of a word count on Civil War II even though this is a review of a book that allegedly “ties into” it. At this point, we really shouldn’t have to waste too much time explaining that we’re big fans of Brian Bendis’ run on Invincible Iron Man. So far, the book has been a uniquely fun, reflective take on a character whose most memorable arcs are usually the particularly glum ones.

This issue breaks up the search for Tony Stark into pieces, shorts that show us where each of our characters lies in the wake of his rather sudden disappearance. I appreciate that this storyline seems to make an excellent usage of Rhodey as more than “the other armor guy.” He’s a highly trained soldier who has his own set of tactics and can kick ass without setting foot in the War Machine suit. If anything, he should easily be taken every bit as seriously as Green Lantern John Stewart. Meanwhile, we get introduced to yet another player and Mike Deodato gets to show off of bit in throwing new armor into the mix. The color scheme is questionable but it’s pretty likely we’ll this taken care of later on. 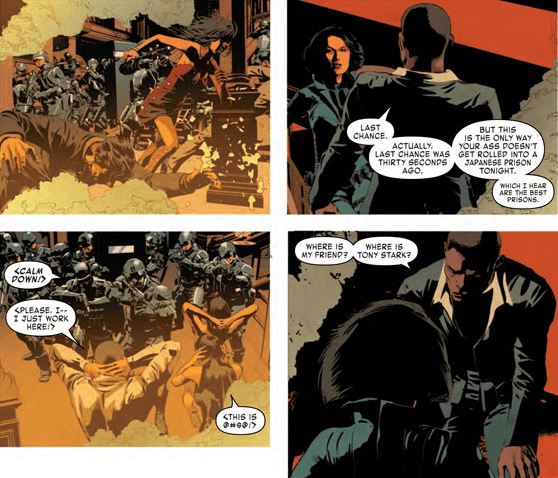 Speaking of Deodato, the artwork this week is mostly on point except for a few moments when the action got a little cluttered and hard to follow. However, we can overlook this considering the script had a lot of ground to cover and the payoff looks to be promising.

Bottom Line: Even though I still don’t understand how any of this ties into Civil War, it’s still makes for good old fun and adventure. Also….more Rhodey is always a plus.

8.5 Terrance Howard replacements out of 10