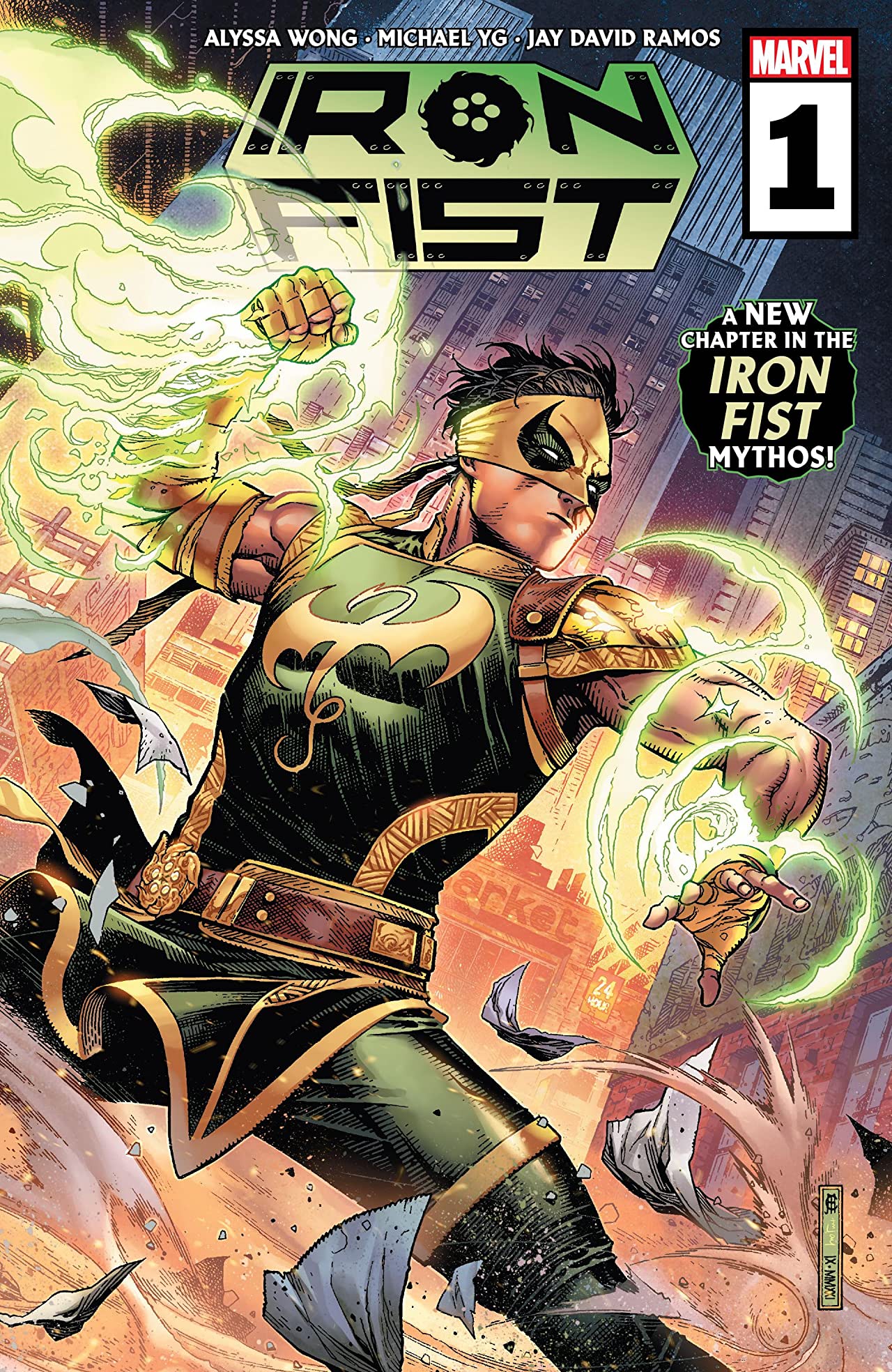 It’s always a good day to see Marvel righting old creative wrongs with Iron Fist #1. As much as I and many other Marvel “true believers” love Iron Fist, there’s certain aspects of the character that don’t keep well when put up to the light. These cultural issues were more evident than ever when we saw them play out via an underprepared Finn Jones in the Netflix series a while back. Since then, the property has been considered a bit of a joke. And sure, there are more than a few instances an informed reader could point to in the service of making a case that Danny Rand is an entertaining character.

However, the fact is that, in 2022, Shang Chi didn’t beat up a moving bus full of bad guys in his Riverdale jacket to see a blond haired blue eyed white boy essentially being the mascot of Kung Fu Heaven. And so Marvel is delivering an Asian Iron Fist. The first issue of this landmark relaunch starts off showing us what Danny Rand has been up to since no longer being a vessel for the chi of Shao Lao the Undying. And who would have guessed….lo and behold, Danny Rand is a fun, entertaining character without him having to be the mascot of Kung Fu Heaven. That’s an important point to make when stripping him of his cultural appropriation powers. Rand’s opening panel time is meant to throw us off the trail, but he is not the centerpiece of this story. It doesn’t take long for him to get upstaged by our mysterious young hero, and the script wastes little time building a mythology and supporting cast for him to lean on. The new kid is an interesting and relatable pair of eyes to view this world from as we watch him unravel the mystery of how this great power fell into his hands. And the visuals are outstanding. The sense of scales deftly moves between intimate and epic as effortlessly as the script does.

Bottom Line: Iron Fist #1 is a promising start for a new hero, taking big steps in representation while establishing a long running hero can still exist within the Marvel Universe without having to be problematic. The script’s ability to walk that tightrope alone makes this solid outing well worth the coin.

8.5 Missed Opportunities For Lewis Tan out of 10