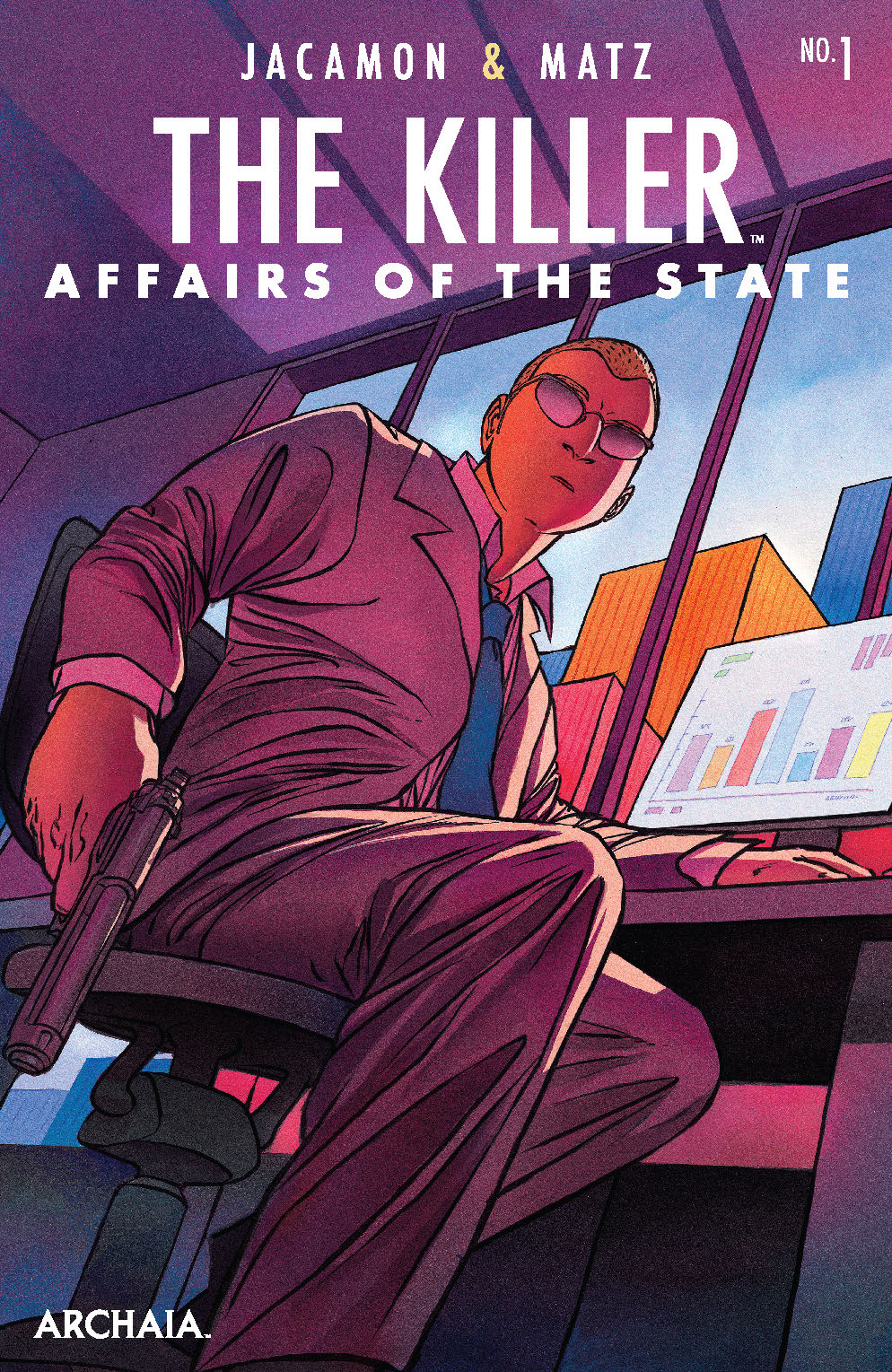 With a title like The Killer: Affairs of the State, it’s only reasonable to assume that the focal character of the series is in fact a killer. What you may not assume right off the bat from the subtitle that this is in fact a sequel to the Eisner Award winning French comic The Killer. But thankfully, even without the full knowledge of what previously Matz has written, translator Edward Gauvin manage to set the status quo for a very intriguing political thriller.

We have the unnamed Killer who after the events of his life that took place in the original comic has ended up as an on-call assassin for the French government. He’s dealing with a handler, a partner, and a cover life as a civilian while also continuing to make judicial use of his particular skill set for the quote unquote greater good.

The story starts with a fast-paced action sequence drawn beautifully by Jacamon that really sets the tone for the action driven political thriller story about to unfold. Then, it pivots to a much more meditative scene of shipping containers with a gut punch of an opening line of dialog that resonates like a gunshot.

The rest of The Killer: Affairs of the State #1 takes us through the new status quo. Throughout most of the issue, it does err on being very verbose. While the dialog boxes themselves don’t take up too much real estate, each one is very dense with a lot of exposition. It lets us get a real sense of the protagonist and the worldbuilding involved, although the monologuing does drag on occasion. However, that is a staple of the genre, so it can be forgiven especially since it allows for a lot of ground to be covered.

The Killer himself falls in line with many a charismatic assassin that have come before him. It’s a familiar mold, but Matz’s narrative via Gauvin’s translations keep things interesting, and Jacamon’s artwork is truly stunning. As a stand-alone thriller, there’s a lot you can sink your teeth into but as a neophyte to the world, there is much a history that is missing. Still, The Killers: Affairs of the State #1 manages to do its job incredibly well, both making me curious about the original series and staging an interesting narrative here.