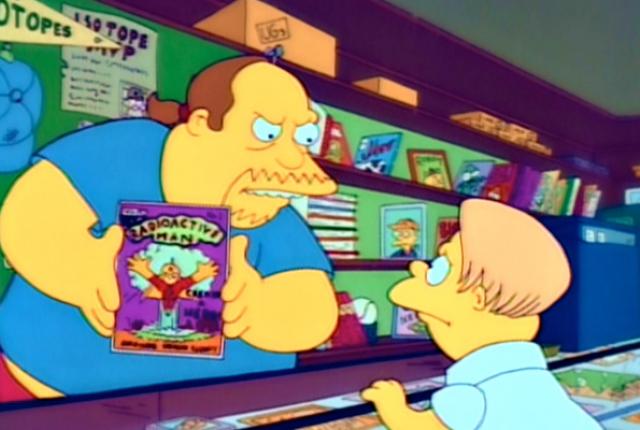 There are a number of reasons I picked up my first comic book. The most honest is this: I like a boy, who likes comic books. Now, from all accounts and interactions, this boy appears to be a rational, reasoning decent human being, intelligent, funny and he likes me too so he obviously has good taste.

I, though never having read a comic book before, do love to read, thus I was expecting, at the very least not to hate whichever comic was suggested. What I did not anticipate is how thoroughly I would enjoy it. So now I have a genuine affection for Miles Morales and a legitimate interest in what happens in the next issue of Saga, but I’m lost in the world of Nerddom.

I am not a nerd, but I’m also not not a nerd, I fall in this no-man’s land of labels. I’m not hip hop or happening (I believe that’s what the kids say). I’m not really up on pop culture, the hottest tracks, the latest… anything, I’m not into arcade games, I’ve never played a video game in my life, I read my first comic 2 months ago at the age of 27. Not really nerd material.

I’m into World’s Strongest Man and poetry, I love board games and good books (I haven’t read Harry Potter, I tried, I really did, it just wasn’t for me). I love movies (I haven’t seen the Lord of the Rings Trilogy, nothing happens in the first film, I couldn’t bring myself to sit through 6 more hours of the same). I enjoy a good cocktail and know a fair amount about gin. I used to collect tattoos until my mom told me I couldn’t get any more because they would kill me. I love my mom and can basically quote the entirety of Dr Seuss’ Oh The Places You’ll Go by heart (that book changed the game). You see, the cool kids say I’m a square and the nerds won’t have me because I don’t get their jokes. My nerd friends have to pepper their witty banter with cliff notes, I can’t have a conversation with them without having to Google something every 7 minutes. It is so hard not being a nerd.

I have been afforded a glimpse into the nerd world, it is vast and wide and Marvel has at least 183 different storylines playing out simultaneously. In this one he’s dead, in that one they’re having a love affair, in the other one she’s much younger, in this one his younger self is dead, but his older self from a different world comes to visit… it’s difficult to navigate. To add to the challenges, nerds speak a language that sounds very much like the one I speak, except I’m never quite sure what they are saying. It bounces from a reference of a TV show I’ve never seen, to something Tolkien wrote, to physics, someone throws in a Tesla joke (I had to look him up), then we’re back with the X-men, except we are discussing things that didn’t happen in the movie, so I’m lost, then a reference from Lost (which I never watched) and no one can believe they killed Rob Stark at his Red Wedding (oh, oh, I know this one, Robert Downey Jr., Stark Industries, he wore red to his wedding? Wait they killed him?! I watched all three Ironman movies, they didn’t kill him… oh, his name is Tony…right, we’re talking about someone else…yeah, sure… never mind) and you’ve never heard a table go quieter in shock, disgust and disbelief then when you say you’re not down with Captain America (which I’m not, but let’s not climb down that rabbit hole just yet).

It’s hard to not be a nerd, because at heart I think most people kind of are, certainly I think I actually am. I love history, I research Zulu kings just to know about them. Give me African folklore, Greek mythology, an intricate muffin recipe and a reliable kitchen scale. I kill at Balderdash and am a machine at Taboo but the quirks that exclude me from the cool kids table are not cult enough or edgy or retro or underground mainstream underground enough to make their way into pop culture. There are no comicbooks about Cetshwayo or sitcoms about a group of goofy 20-somethings who work as battle reenactors and Mariusz Pudzianowski doesn’t have a reality show. Nerds have become really cool, but the scope by which nerdness is measured has narrowed and doesn’t make room for all the manifestations of nerd.

It’s hard not being a nerd, because everyone wants a tribe and its no fun being left out of one you thought you could identify with… also there is this boy, with the comic books.