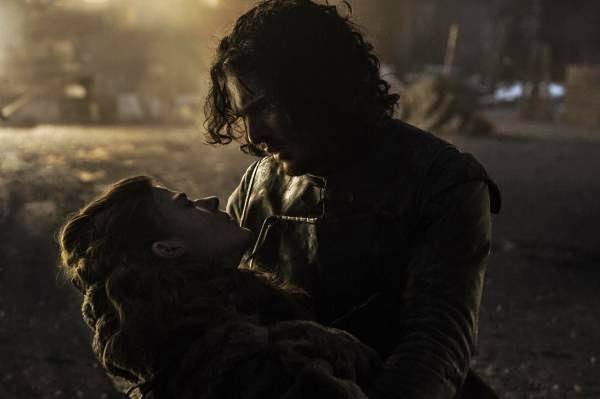 You know what this is, I mean, you KNOW what this is. It’s the penultimate episode of a Game of Thrones season which means either a Stark is getting merked or we’re getting a big ass, episode long battle. Thankfully, we got the big ass battle. And how do all battles start? With two young cats talking about lady parts. I can’t be the only one that was caught off guard that Sam’s second question to Jon concerning Ygritte was about her feet, right? I’m not trying to be judgmental and shaming cat’s fetishes and shit, I’m just sayin that Gilly better be prepared for anything if she wanna know how them Tarly boys do. After Sam, explores some loopholes in the sacred vows and Jon exclaims he’s not a bleeding poet (then proceeds to drop the, ‘What did I get for it, but an arrow six inches from my heart’ line. Apparently you know nothing Jon Snow, including metaphors), we make our way to the very discreet Wildling camp where they have burned an entire forest to stay warm and roast fish (or townsfolk).

Apparently, if Sam’s talk of feet didn’t get your RPMs up, then the writers were just priming you for Tormund Giantsbane telling the cannibals how he fucked a bear…

…oh, you’re still here? I wouldn’t have blamed you for bailing after that. Thankfully Ygritte shut that shit down before it got (more) ridiculous when she told homie to stop lying on his dick. Imagine how many times Ygritte has had to tell another Wildling to stop bullshittin about all the predatory animals they’ve fucked. We call that shit outlandish, she probably calls it Tuesday afternoon.

Can we take a minute to talk about Ygritte? Like, this episode, she might have been the angriest individual I’ve ever seen. She seriously has become the grown up version of Wednesday Adams.

She’s still one of my favorite characters but gotdamn homie, Jon Snow fine but he ain’t…well, he probably is that fine. Hell if I know, I just work here.

“Old age is a wonderful source of ironies.” That might be the least gangsta shit that Maester Aemon says in his scene with Sam. Then Maseter Aemon start taking Samwise to school, espeically when he drops that, ‘ya know your boy coulda been King, right? Fuck with me, you know I got it!’ Seriously though, what a great scene, especially when Aemon Targaryan goes full Furious Styles on Sam.

But we can’t really move on to the next scene before Sam hit Pyp with the same half a bar that Jigga ended the ‘Takeover’ with:

Look at that stage presence! You trying to tell me Sam the Slayer couldn’t fuck with a Smack Url rap battle?

Gilly is at the gate and she got some news: her baby got frostbite…No? Oh, seemed like the logical thing to happen when you carry your baby that far in some skinny beaver skin where the temperature is so cold that a literal wall of fucking ice is still standing. I guess the second most important part was to tell Sam, “thanks for leaving me to be killed and eaten. And oh yeah, them bastards just burned down the evergreens on your front step.”

Horns start to sound and Sam yells Vatican Cameos, so you know shit bout to jump off

Now its battle stations and at the top of the wall, what do we have here, Ser Allisar getting nice and round off of some humble pie. He gonna tell Jon he was right about the gate and that he was stubborn in not wanting to be second guessed. Meanwhile, Jon can’t really hear him because the whole time he been like: 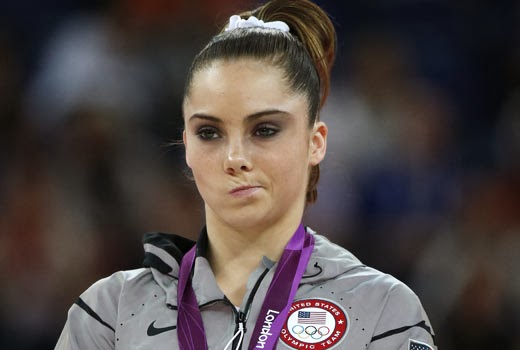 Back down in the castle, Sam decides to wait on those questions he had about feet when Gilly kisses him, thanking him for not judging her for putting her child through more peril than those lost pets in Disney movies that have to find their way home. That must have gave him the stones to deliver this gem to Pyp, “And when you’re nothing at all, there’s no reason to be afraid.” / But you’re afraid now? / “Well, I’m not nothing anymore.” 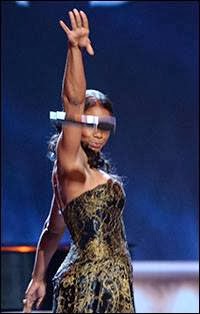 When the action starts and the Wildlings start runnin up in the Crows castle (couldn’t bring myself to say nest in earnest) like search warrants, lets just say, the Night’s Watch could’ve started better. They taking L’s left and fucking right. Meanwhile, Ygritte been waitin on this shit since Summer Jam. She showed up to the arcade with a stack of quarters with a boxing robe on that says “NUMBERS ON THE BOARD” across the back.

Ser Allisar is leading the charge in the courtyard, but the Night’s Watch still gettin’ that ass beat, so last thing you need is Janos “I’ve been fired from better gigs than this” Slynt losing ALL of his chill from the top of the wall, where he supposed to be in charge.

They send him on a fools errand, which leaves Jon in charge, you know, the way shit should’ve been from jump. His first order of business is to protect against the climbers on the wall…

HOW BAD YOU GOTTA FUCK UP TO GET WALL CLIMBING DUTY!!! So wait, some of us are going to climb over the gates which are the size of a two story apartment, but some of us gotta climb the muthafuckin wall of ice??? I know the Wildlings just started putting their clans and tribes together, but if they don’t unionize quick, that shit gonna kill them faster than some Crows in the castle, b. Hoffa didn’t disappear so that these dudes have to climb a gotdamn ice wall with arrows and shit (we’ll get to the shit, later) raining down on them without at least the promise of some hazard pay. Or at least, a Giant with you at all times that can fire Redwood trees for arrows.

I’d be remiss to not mention the First Person Shooter mechanics with Ygritte as she was taking these dudes out in the courtyard like she was playing Skyrim with the archery skill on 100. We ain’t seen that marksmanship since Jackson took out a fifth of the Nazis from the tower in Saving Private Ryan. Especially when she put one through Pyp’s neck with her eyes closed.

I have never read Sun Tzu’s Art of War, but I figure there’s a chapter in there about when you set fire to a mammoth, it’s giant gets really pissed off and summons the strength to lift an iron gate by itself. Shoutout to the giant six who stood there reciting oaths they barely believed in while the Giant rushed them.

Shoutout to those six dudes who may or may not have been rapers and murders for powering up the rings while a dude big enough to have his own ecosystem bore down on them. Probably not a quick death, but an honorable one.

But all this is window dressing for the main event. When Jon Snow and his crew came down the elevator like:

Jon front-tucks off of the elevator and kills 3 Wildlings before the rest of the crew can even get out (Facts).

Lets pause for some film nerdery as we get the gorgeous 360 degree camera shot that pivots around the whole battle with uninterruped action and has to be the coolest TV shot since the long take from True Detective when McConaughey ascended afterwords like the Mayans.

That gorgeous shot is capped off with Sam making us all feel stupid for not asking where Ghost was for the previous forty minutes as he goes straight Call of Duty on these Wildlings.

All this eventually leads to what we came here for. Dudes didn’t give a good gotdamn if the Wall fell or not. We just wanted to know how this Ygritte / Jon love story was gonna end. Spoiler alert, it ends less than well.

First, Ygritte had our hero so dead to rights, the only thing it missed was a dude running around telling everyone what was about to happen from King of Kong.

And Jon, couldn’t even be mad. He just smiled at Ygritte and was probably about to give her the Paul Newman line from Road to Perdition

Then this dude Ollie, the one from the village, the one who watched his parents get killed and we all decided he was gonna become Batman (shouts to Carrie on that line), puts a fuckin arrow through Ygritte’s heart. He lookin at Jon proud as hell.

This little shit, man. I mean, he saved Jon’s life, but…man, that’s Ygritte. If she had only been born on the other side of the wall…she probably would’ve been a mass murder in warmer weather. Oh well. She gets a nice send off, saying they never should’ve left the cave, but really that scene could’ve went down differently if Jon was a dick:

After Ygritte passes, Tormund has to surrender and they use the BEST WEAPON EVER CREATED FOR TOWER DEFENSE on the wall climbers.

The battle is over and the Night’s Watch lives to fight another day. Jon has to switch up strategies, even though they won because EVERYONE IS DEAD, before walking out into the dawn in an attempt to sacrifice himself to kill Mance Rayder…which you’re gonna have to wait another episode for. Yeah, I was salty as hell too. But even as we are hungry for a resolution, we still got one more episode left with A LOT of loose ends to tie up. One more episode in what has been a pretty outstanding season, Crows. See you then.