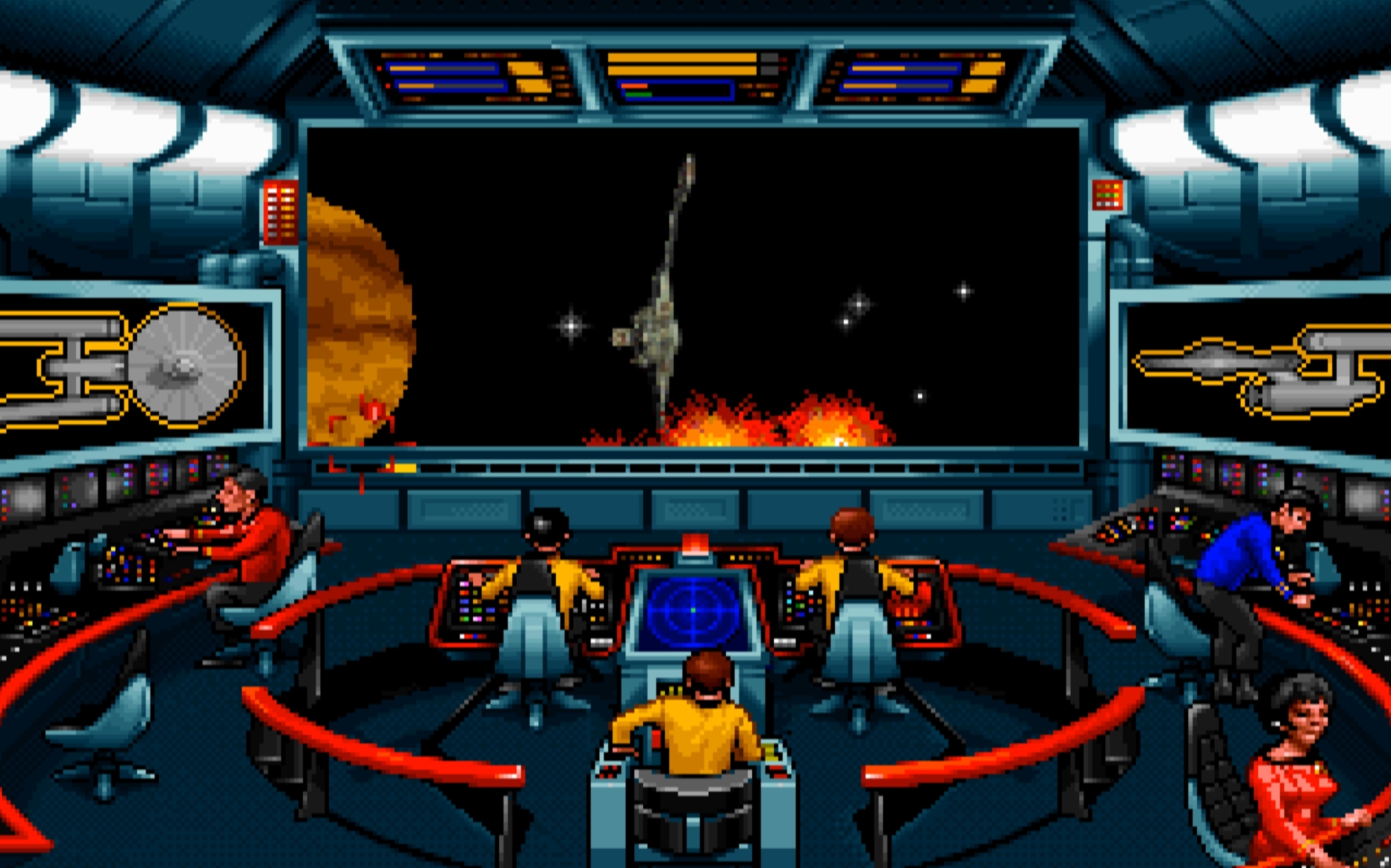 We’re living in a Star Trek renaissance. After the last show had been off the air for almost 15 years, and a bumpy attempt at a reboot of the theatrical franchise, we’re now leaving the neutral zone and going into uncharted space. To me, that means that it’s time we got a respectable Star Trek video game.

Star Trek ruled the 90s. They showed the world what crossover storytelling in a visual medium could look like, undoubtedly forming the blueprint to what we now see in so many properties today like the Marvel Cinematic Universe, and even Star Wars to a certain extent. Back then, they always had at least two shows running concurrently in different parts of the galaxy, with unique characters and conflict. It was truly something to behold.

But since Star Trek was gone for so long, it had to adapt to the landscape that it helped to create if it was to survive. And we’re just now starting to see just how it’s doing that.

If you want a show that breaks the convention of what Star Trek is and explores some of the darker corners of Starfleet, watch Discovery. If you’re longing for nostalgia and you miss some of your favorite characters of old, watch Picard. If you want something more lighthearted, while still wearing the values of Star Trek on its sleeve, check out the new animated show Lower Decks. And if you want something that is going to do its best to both respect, and recontextualize the original series, watch the newly announced Strange New Worlds, featuring the Enterprise, Captain Pike, and a young Spock.

There’s truly something for everyone, which is really the only way to do it nowadays. But because of that, that’s why I think that it’s time we got a really good Star Trek game, something that could really let fans feel like they’re navigating the universe that has been a pop culture staple for the past 50 years.

There have honestly been Star Trek games before. You don’t get to be as big as this franchise without them. And honestly, I can’t speak to their validity. I’m a habitual gamer at best, and I don’t know all the intricacies about what makes a game good or bad. And I’m also a new Trekkie (Trekker??). So bare with me. But I’m talking about the type of game that brings new fans to the franchise, while reinforcing why the old fans have been around for as long as they have. We need a game that takes advantage of some of the newer aspects of gaming that didn’t exist on older consoles. And we need a game that’s not afraid to take risks.

I’m a very particular type of gamer. I like open world and non-linear ways of playing. That’s why I’ve been spending every waking hour for the past two weeks playing Ghost of Tsushima. My family hasn’t seen or heard from me, but I’m happy.

But as fun as open-world/sandbox games are for me, I’m not too sure that Star Trek is suited for that type of game.

While they’ve undoubtedly embraced more and more action over the years, the heart of any Star Trek show or movie has always been diplomacy and the burden of choice. So for any Star Trek game to truly succeed, those things would need to be at its core.

It’s not a franchise about shooting lasers at people. That happens, sure, but that’s not what makes it compelling. It’s about exploration, knowledge, and moral conflict. A game would not just need to feature all of these things but put them at the forefront.

So with that being said, in my opinion, there’s no better way to make a Star Trek game than taking a page from Telltale’s book and making an episodic, arc-based, decision heavy experience.

If you aren’t familiar with Telltale games, they’re essentially like what it’s like to actively control the outcomes of a television show you’re watching. It’s a choose your own adventure story, but on your Playstation or Xbox. There are instances where there might be combat sequences, but more often than not, you’re really just making decisions for your main character that has major ramifications on which way the narrative of the game goes, as well as what characters are your friends, your enemies, and even who lives or dies. You don’t have very long to make these decisions either, making it feel a lot more organic. There’s a lot of talking, and a lot of different choices that take you down very different paths. Those games have always been incredibly compelling for me, and I think they’re the perfect type of game that would foster a really fun Star Trek experience.

When you peel back the bright outlook on the future, the cool uniforms, and the powerful ships, Star Trek is truly about what it’s like to make tough decisions in dire situations.

Imagine a game where you can sit in the Captain’s chair and have to deal with choices of morality like whether you should break Starfleet’s Prime Directive (interfering with the development of an alien race) by saving a race of aliens that are less technologically advanced or letting them die. Or whether you should risk the safety of your ship and crew to save your First Officer who was on a covert mission to gain key intelligence from the Cardassians, but was ultimately found out, and now they’re set to be executed. That’s heavy stuff, but it would all be in your hands. And the drastic ripple effect that those decisions would have on the outcome of your game is what would make it fun, as well as really engaging.

Putting diplomacy at the player’s fingertips would yield some wild outcomes as well. You’d have to navigate how you interact with alien races that are not part of the Federation like the Romulans and Cardassians, while also keeping everyone who is part of the Federation happy. Don’t piss off the Klingons or they might rip up the Khitomer Accords, leave the Federation, and start a war. The way you interact with the equally advanced, yet morally opposed races could also affect your game in very different ways.

Amongst the bigger instances of conflict, you’d also have to manage relations and morale with your crew. Keeping everyone happy would have to be your top priority because if you don’t, they might not perform very well in high-stress situations. You might have a conversation with your chief of engineering, telling them that their work has been lacking because maybe it has been, but the game would give you a few different ways to address this problem. You could be blunt but encouraging, or cold and unyielding. One outcome might inspire your chief of engineering to motivate themselves to earn your respect and trust. And the other might make them buckle under the pressure. Then all of a sudden when your warp core starts to malfunction, they can’t perform their task and your ship is now stuck in deep space.

These are just a few of the bigger things that I think would make a story-driven, decision-based Star Trek game really fun, but the possibilities are literally limitless. All I hope is that someday something like this can actually be made. It’s about time we got a good Star Trek game. But we don’t need one just for the sake of needing a game. We need one that understands what Star Trek is at its core, so we can boldly go where no fan has gone before.