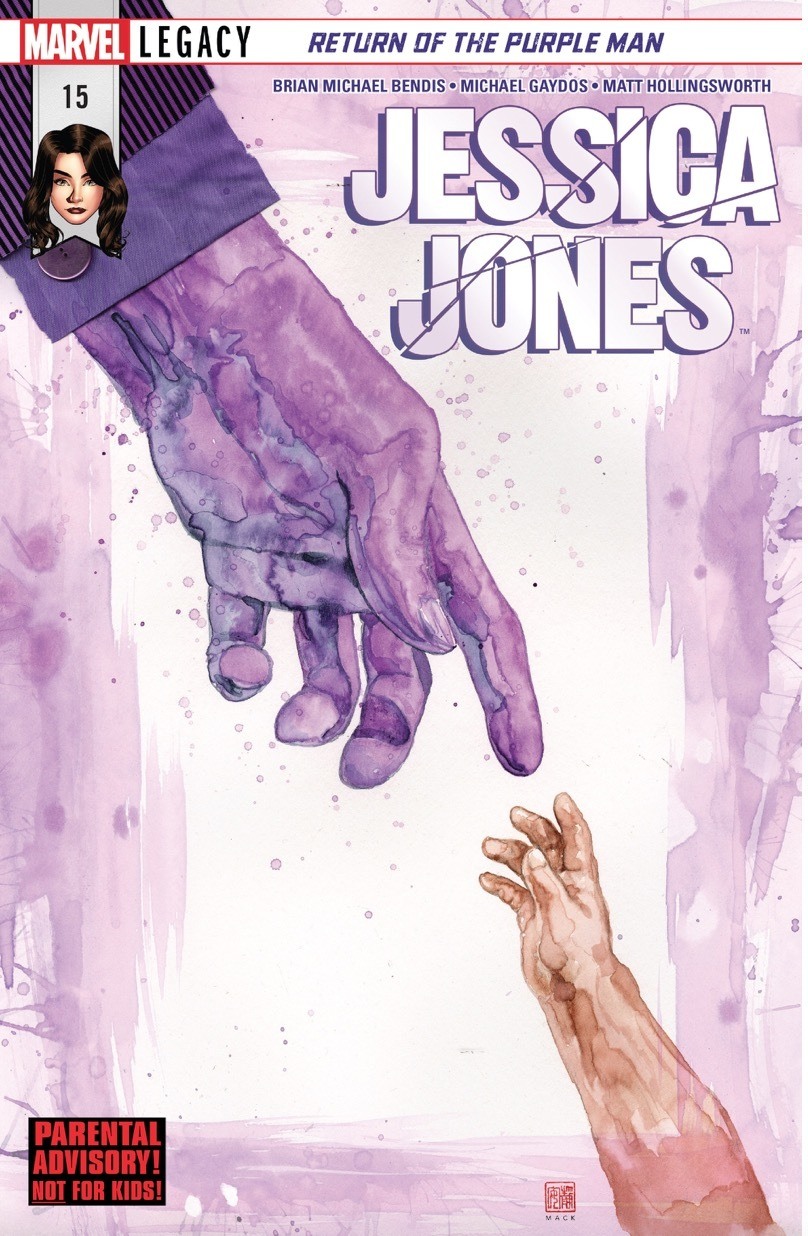 This Killgrave arc is the illest from Jessica Jones during this run and Jessica Jones #15 is building to a great farewell from Bendis as he moves from Marvel to DC Comics. But, like most things in this series, it takes some time to build. After Killgrave confronts Jessica in person, a grand confrontation that gave us the cliffhanger of issue #14, he begins to ramble. He rambles about their relationship; about how she’s the only person who knows him; about how he wants her help to understand himself. And just when you think this issue jumped the shark, removing our fear of Killgrave by allowing him to talk entirely too much, we (and Jessica) have only a short window of feeling safe from him until things go horribly wrong. Killgrave has the power, then Jessica, then the ending that’ll have us waiting for issue #16 to bring us home. 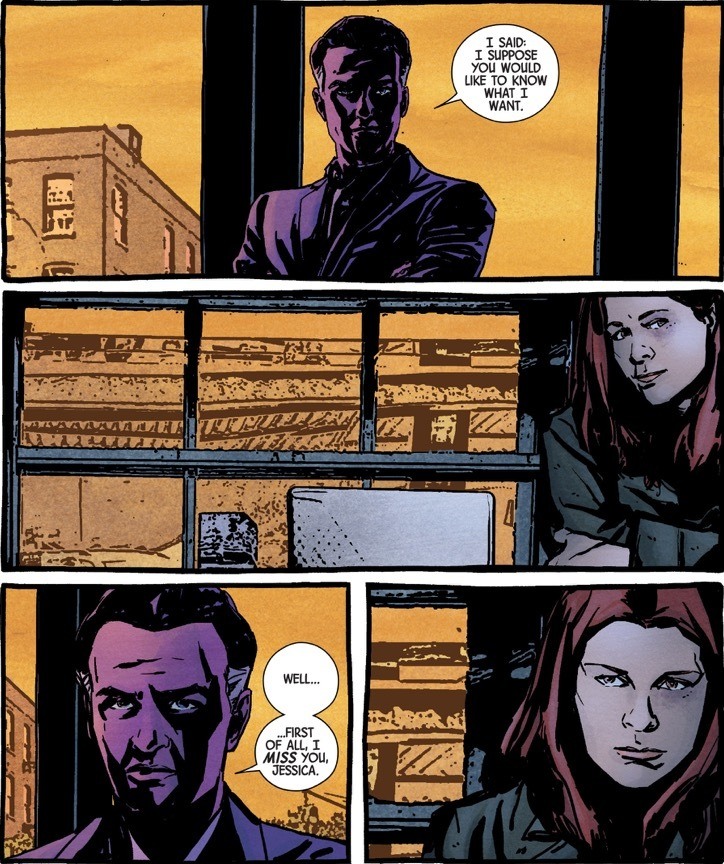 Hard to say much without spoiling the important elements of this issue, but Gaydos maintains a degree of artistic reserve that’s necessary to win the gamble of such a long-winded dialogue. Jessica, stalling Killgrave, offers plain expressions and a calmness that borderlines smug as she hides the disgust and anger on her face. I would have liked to see that anger explode more into passion when she’s able to express how she truly feels, but alas, I’ll take what I can get from someone so enraged they begin beating the brakes off a corpse.

Overall, a dark turn with high stakes turns them up even higher, and the stage is set for a thrilling finale with a lot of potential. I’m all in for this and you should be, too.