You know, The Flash is an interesting show when it doesn’t have to focus on Barry. This, ladies and gentlemen, was quite a fun, silly and surprising episode. We get a hell of a heartstring-tugging arc for Joe and Cecile, comic relief from the underused duo of Cisco and Ralph, and late episode bombs all over the place. Let’s get it.

Break out the Al Green and incense one time because Joe and Cecile out here tryna build! Joe is literally building a crib for his unborn child when Butterscotch Bae start throwin out the craziest lines. Not even two minutes into the episode and Cecile has manifested mind reading powers. 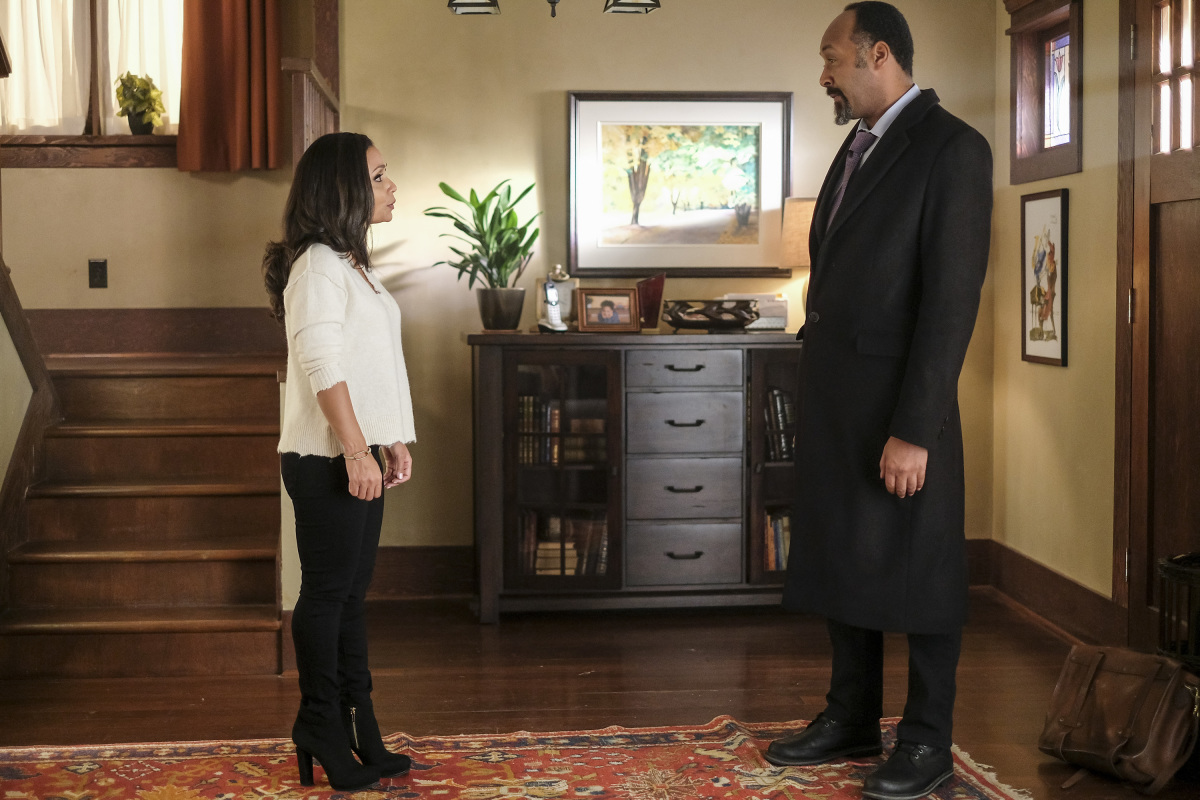 S.T.A.R. Labs: The gang starts running tests on Cecile’s capabilities, and by testing I mean Cisco thinking of the most outrageous numbers she has to call out, ending with a Bulbasaur line that was as hilarious as can be. While explaining that Cecile’s pregnancy has unlocked her new moves cuz of the residual dark matter embedded in her body from the OG particle accelerator explosion, Cait lets it slip that they having a baby girl. It was cute. Cisco is still thinking about Bulbasaurs cuz they’re cute.

Harry goin in on the team that got Barry out of an interdimensional Speed Force but cant get our man out of a damn county jail. Iris like, “oh well, he’ll have to wait it out in the dangerous ass big house”. Meanwhile Shawshank Barry in the joint with his Adebisi scully pulled to the side, hustlin ayebody! After cheating his ass off (for his new homie), Barry finds out why Big Sir was put in jail, and the fact that he’s actually innocent of his crimes. Barry does what he do and pulls the superhero favor card, gets the collect call hotline blingin and tells the team to get on that exoneration shit asap. Like forget overturning my conviction priority #1 flow. Oh Barry, my morality-filled ninja, how noble of you.

Central City Streets: The new and unmanned mayor is out here trying to flex on the metas of the city by glorifying this new Kord industries building of the future. A speedster detecting, freeze-proof laser having facility that will serve as the beacon of human hope, ingenuity and yeah, your whole building just caught the Ant-Man fade. Some dude who eerily resembles James Spader miniaturizes the whole building, scoops it into his pocket and dips. 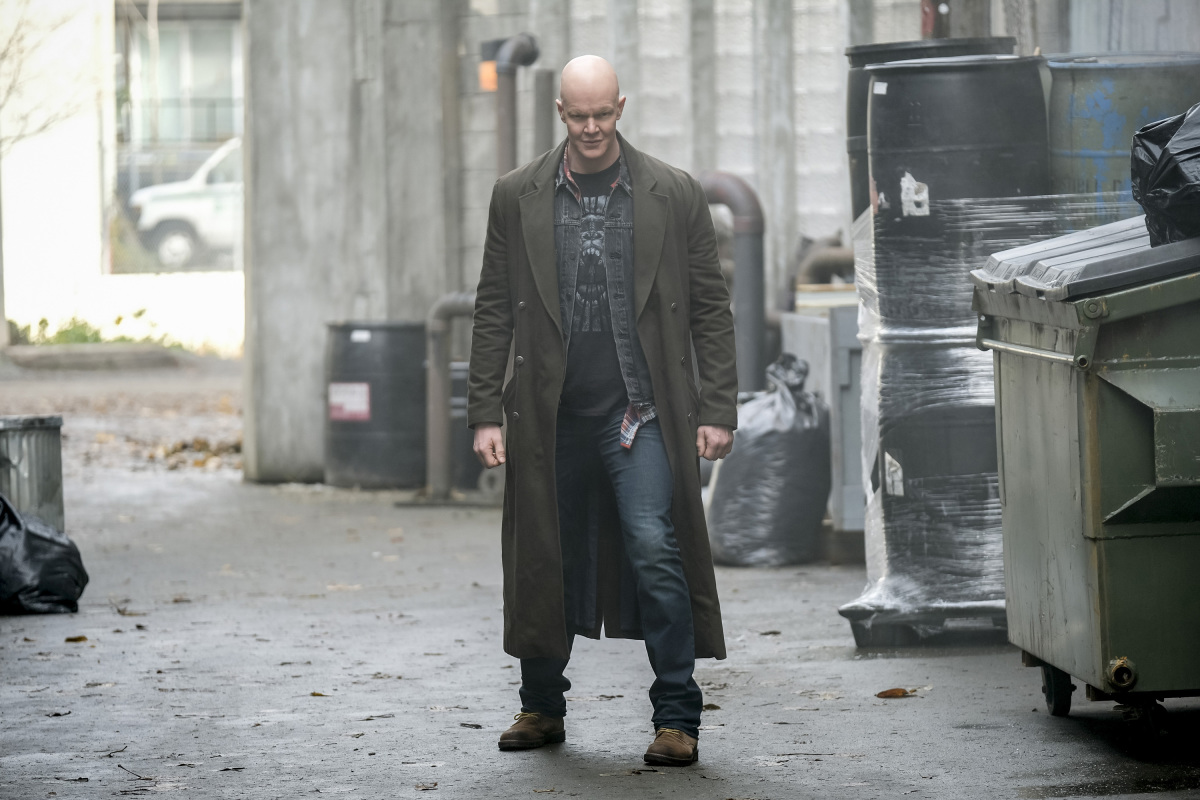 Sidebar: Cecile going bonkers off these new powers is completely relatable. Going to the scene of a crime and reading every dirty desire, secret, and dark thought everyone at the scene has is exactly what anyone would do. Pregnant or not.

S.T.A.R. Labs: The team finds footage of the villain of the week popping a ’68 Chevy Chevelle out of his pocket like a damn hotwheel, so they do some digging and find out that Sylbert Rundin is our villain of the week. They configure he must be using some variation of the the Dwarf Star technology that Atom uses to shrink his suit and name him Dwarfstar. They get that guvment and pay him a visit like a parole officer.

They pop up on this cat like CPS in ’92 and finesse the shit out his ass. Joe and Ralph are fake AF checking out all this dude’s figurines while Cisco is deadass marveling at each and every downsized item. Aaaaaaannnddd then they find the Kord building and Dwarfstar returns a big ass yopper to full size and starts bussin at the team before jumping out the window!! I was like, this mufucka just jumped?! He better have a bounce castle he can make big again or it’s a wrap. Instead, he got a parachute and comes gliding down like those shitty ass G.I. Joe soldiers from the 80s and straight up vanishes. Except he doesn’t vanish, but pops up like Cardi at the Grammys like, “who really want it with the smoke”?! Cisco and Ralph did in fact, want it with the static and caught the Wayne Szalinski mini blast.

On this episode of Days of Our Lives, Cecile and her newfound powers are goin unchecked like Naruto at an all you can eat ramen spot. Joe is not sure how to feel about his new love being able to read his every thought so Iris da Melanin GAWDESS tells them that she got the therapy plug, if they want it.

Welp, Butterscotch Bae turns out to be just as quick with pulling the therapy trigger as Iris was!!! And Joe is just as awkward as Barry was. But as we continue to see an increase in therapy acceptance on screen, we continue to see valuable lessons being learned by those in attendance. Joe reveals that he feeling vulnerable, which he literally has no control over now that she can hear all his thoughts. Joe West is scared… and on some real shit, that’s something any man would struggle with. The greatest dad on tv continues to be a shining example for parenting. 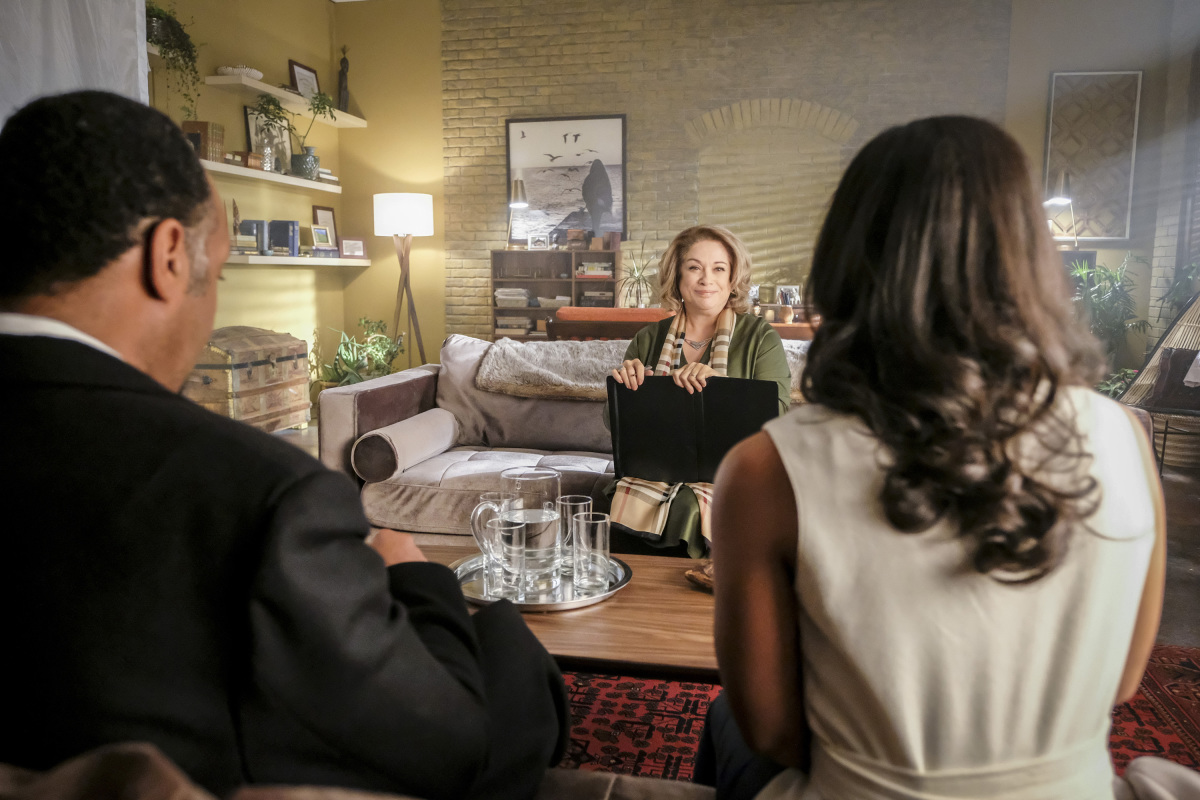 CC County Jail: Big Sir spends most of the episode telling Barry there’s nothing waiting for him on the outside and deading his alleged help. But what is this?! A crack in the gold armor?! Sir Gold admits that there is one small secluded village in Jaiju, China that he always wanted to make it to. Is Barry da Speed Force Gawd doin a bid while inspiring mufuckas to have hope at the same dam time?! Grant Gustin is a pretty good actor when they let him go off. Sir Gold starts to believe that anything is possible and is hopeful Barry’s team can find the guy who really murdered the security guard that Sir Gold tried to save. Of course, this guy also happens to be Dwarfstar.

Cecile requesting help from the woman who wrote the book on modern day interracial love?! Her and Iris having a seat at the table though? Butterscotch Bae reppin her bedroom prowess though?! Iris telling her to stop trippin and look out for what Joe’s feeling, not what he’s thinking though!! Beautiful scene.

S.T.A.R. Labs: Harry is busy making a Dwarfstar reversal gun while Cisco and Ralph talk all the smack their little mouths will let them. Iris steps on The Elongated Man and every single thing about these tiny Team Flashmates is hysterical and I wouldn’t be mad if they stayed that size. But of course, we need our heroes back so Harry blasts them to enlarge them but instead their cells start exploding every second of the day andddddd they only have 10 hrs to live. “Way to go Harry!” – Direct quote from my wife.

The 10 hours to live thing kind of speeded this episode and we were left with straight slobberknockers.

Team Flash hunts down Dwarfstar to one of the 8,000 evil warehouses in Central City. They pop off on him and homeboy starts tossing flaming cars!! This dude done miniaturized everything in the book! Hummers, helicopters, a cot dam bazooka!! Luckily Harry goes full Bad Boys with his plan B and starts blasting laser shots at Dwarfstar until he’s baited into shooting at Harry’s chest, where Cisco and Ralph are hiding. They grow back to size, Iris hops out the cut, cuffs him and Joe reads him his rights.

They waste no time offering him a deal if he admits to killing that security guard, which would free Big Sir. Darkstar’s response? NA.

Big Sir, who’s real name happens to be Ratchet, is heated. He tells Barry the hope he filled him with was good enough. But Barry never accepts “good enough”. That night, when the camera turns away from Barry’s cell, he runs Big Sir out of prison and out to beautiful Jaiju. Ratchet looks down at the note that was left in his hand and prepares to live that fugitive life.

But Barry done messed up! He didn’t know the new warden placed a camera in his cell at all times and now knows he’s the Flash. This dude hit Barry with the super sleepytime tea in the pudding he’s been runnin from the fellow inmates. The warden calls up Amunet Black to sell his newest catch.

This is the kind of episode the Flash fandom can appreciate. Was it amazing? Na. Did it move the Season 4 plot along? Not really. Was it entertaining as all hell? You dammmm right! From Harry’s self-doubt to the jokes he always got for Cisco and co. From Big Sir’s conditioning to have no hope, to getting his perfect ending. From Barry’s imprisonment, to his kidnapping! From pregnant, to temporary telepath! This was a fun one.