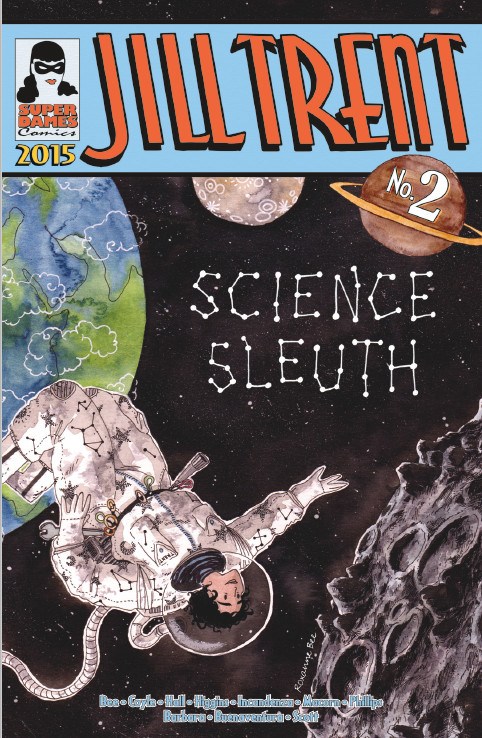 After a successful first release, Jill Trent: Science Sleuth is back for Issue 2! Nominated for a Geekie award for Best Comic/Graphic Novel, the original issue released in May 2015 to wide acclaim. (You can read my review of Issue 1 here.) Now for 2016, we’ve got another one.

To fill you in, back in the 1940s Jill Trent solved crimes in comic books with the help of her sidekick, and occasionally implied girlfriend, Daisy Smythe. She’s been resurrected by editor D.M. Higgins, who’s again collected 3 author/artist teams to keep Jill in ink. All of the features of the first issue are here: a great Golden Age look and feel, 3 different Jill Trent stories with different versions of who Jill can be, and plenty of ass-kicking sassy women heroes using their brains and their fists to catch bad guys.

The first story, “The Mystery of the Music from Space” features Jill and Daisy on the trail of a disappeared space probe. 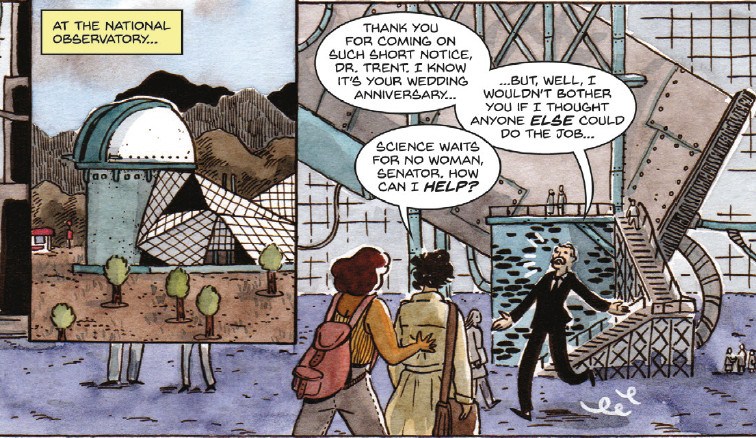 The story is both scientifically complicated and emotionally charged, built on a platinum record similar to the Voyager Golden Record in the 1977 Voyager spacecraft. In the end, the mystery wraps into a touching romance that almost made this Jill Trent by favorite of all. (Jill Trent in rocket boots from Issue #1 still takes the prize with me.)

The second story, “Who Atomized Professor Van Diana?”, is a direct follow up to the “Hearts of Steel” story from Issue #1. 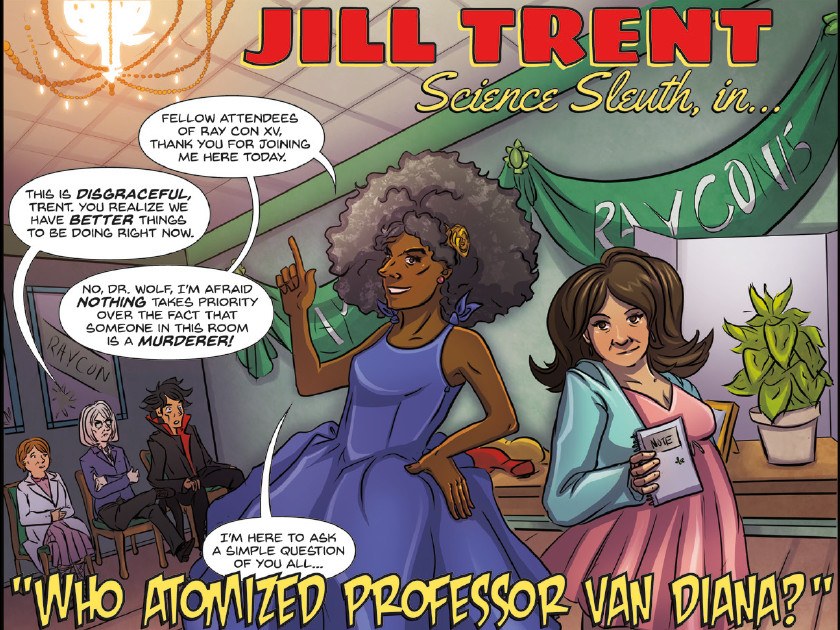 This and the third story, “Fianchetto’s Gambit,” built out like a chess game, are both clever and entertaining, though not as memorable as stories from the first issue. 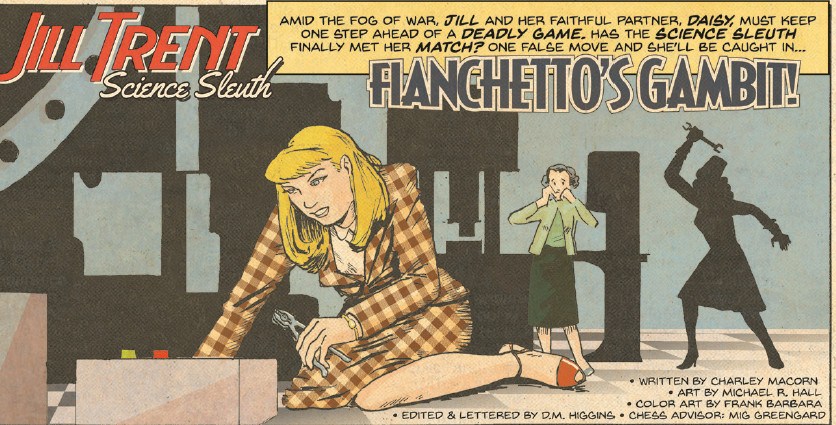 One thing that is different is that this issue features a short comic life story of Cecilia Payne, a woman astronomer and astrophysicist who was a pioneer in the field. Her research was later appropriated by her male academic advisor. This piece of history illustrated in the back of the comic puts a real-life story to the otherwise fictional Jill Trent. The reader is invited to not only imagine other adventures for Jill Trent, but to imagine other female scientists may have been erased throughout time by systems and people who believed that women couldn’t or shouldn’t be practicing scientists.

Jill Trent: Science Sleuth Issue 2 picks right up where Issue 1 left off. It is a fun comic fit for all ages, full of wit, love, and science. It doesn’t feel as revolutionary as the original, and it shouldn’t. This representation should be commonplace and D.M. Higgins and team are doing what they can do make that so. Luckily, this issue is just as fun to read as the first and I look forward to this being an ongoing series.

Jill Trent: Science Sleuth issue #2 is available on January 6th digitally from ComiXology and through the website, SuperDamesComics.com.