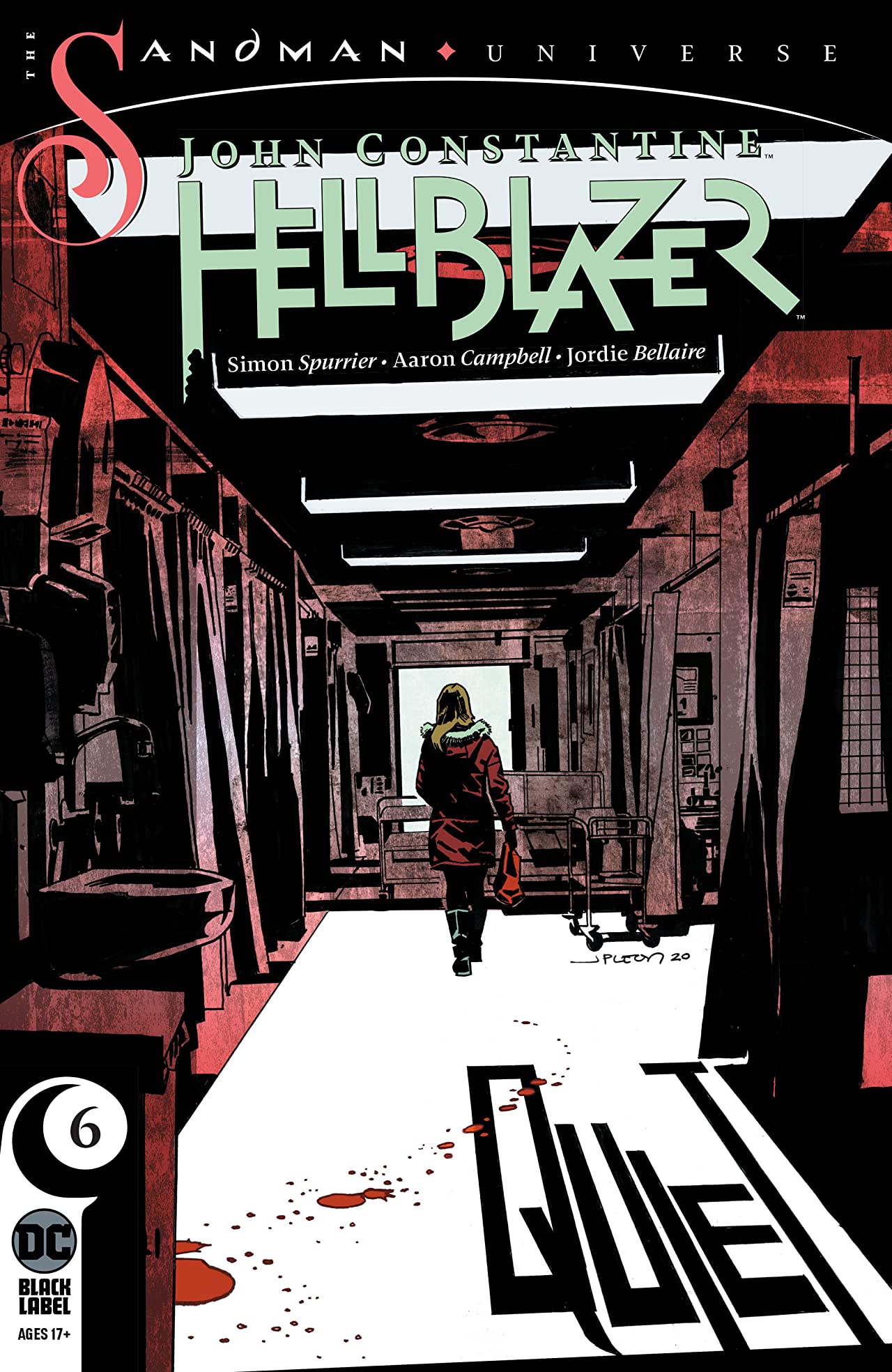 Issue # 6 of John Constantine: Hellblazer, entitled “Quiet,” is a firm reminder that not all comic books are about characters with a severe hero complex. They don’t all feature titans who instantly jump into action to defeat every foe who stands in their way.

Some are troubled souls with chips on their shoulders who exist in the grey area of morality. John Constantine isn’t what anyone would call the textbook definition of a hero. But he still takes part in heroics.

This issue focused on a hospital’s terminal ward, where every patient is likely laying in the last beds they’ll ever be in. A young man named Noah is a regular visitor as he spends time with his mother, who’s in years-long a coma following an accident that also left him without the ability to speak. 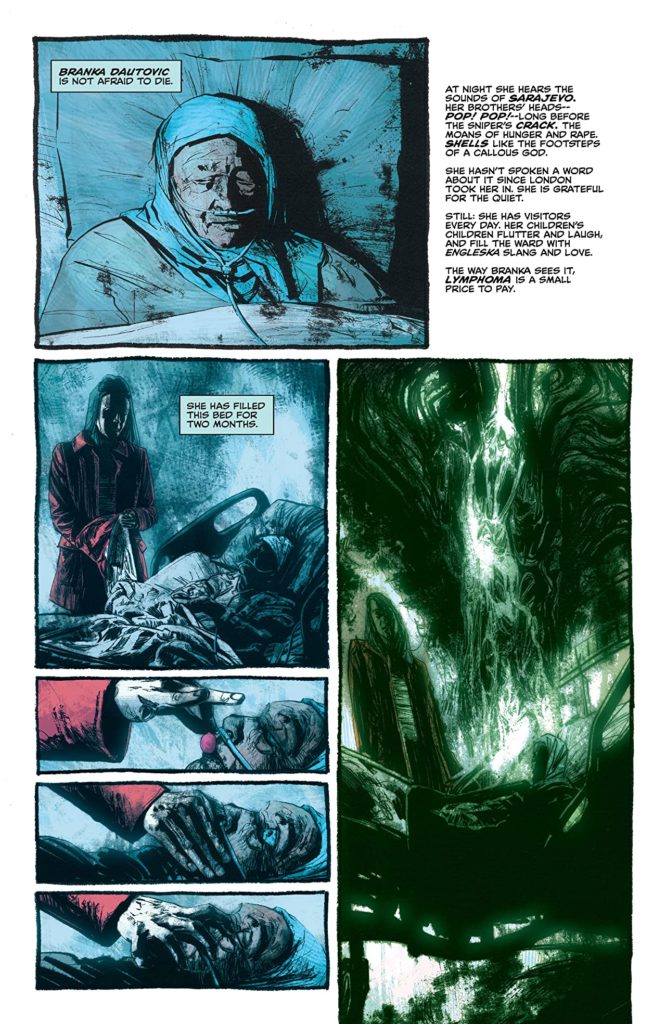 One day, he decides to investigate and let his curiosity get the better of him as he stumbles into the world that exists between ours and the afterlife. A being of some sort is ending the lives of the ward’s patients prematurely. After no one believes what he saw, he runs across John Constantine.

Constantine, as a character, has this commendable ability where he’s so cool under the worst kinds of pressure that you genuinely believe everything will be fine. His actions in this issue are no different. Even as he’s being brought to the brink of death, he’s almost certain he’ll be fine and is more focused about saving someone else.

He also has more than his fair share of witty commentary on global politics, which I’m always a fan of. (Note: Keep putting politics in my comics.)

The only drawback I have for this issue is that while it’s definitely supposed to be dark and mysterious, there are certain panels when the spirit/ghost/demon is doing its thing, and I can’t really make out much on the page outside of red streaks and what resembles a face. It would take me out of what was otherwise a well-written and well-drawn book.