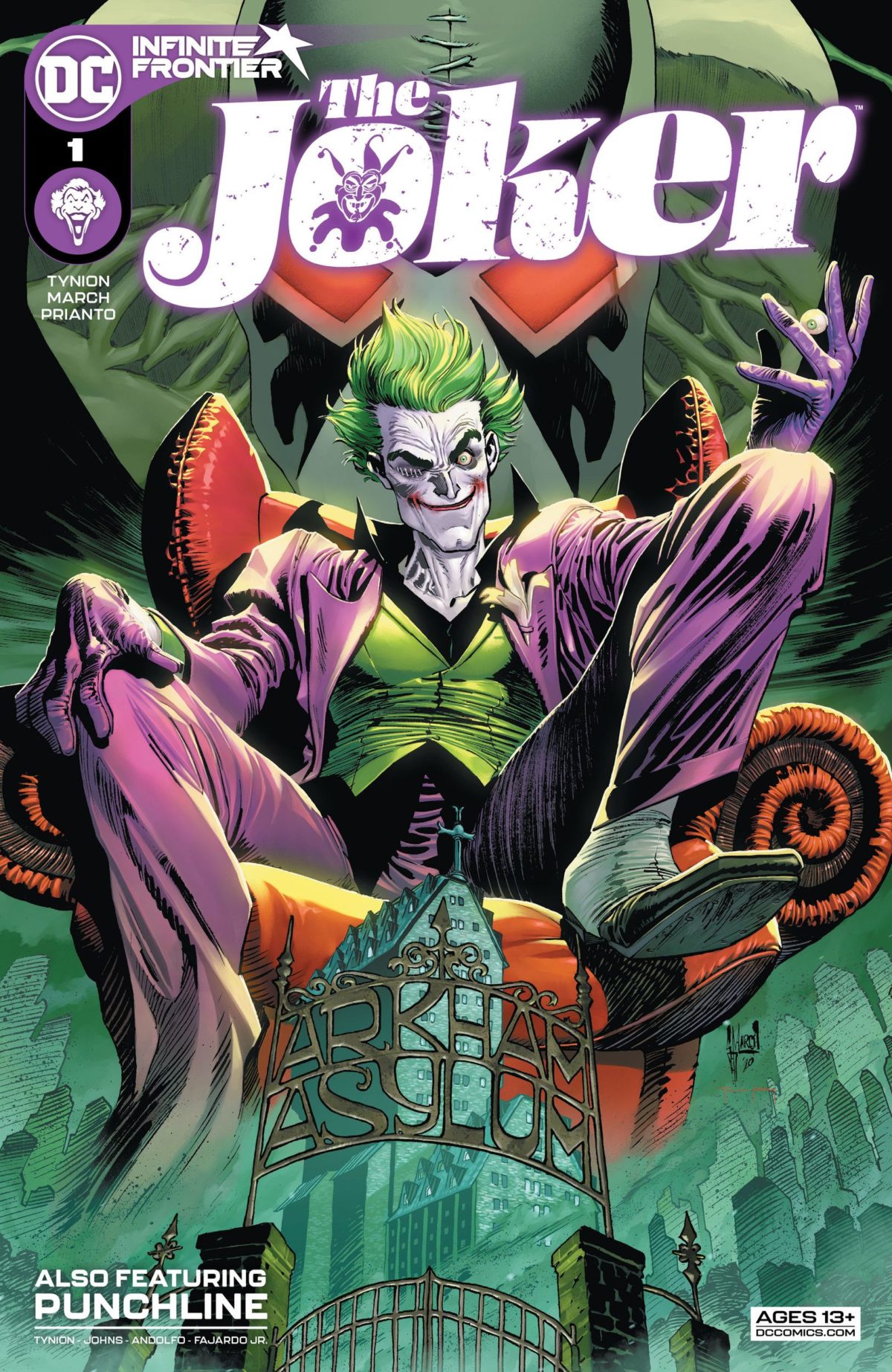 This new ‘number one’ for the Clown Prince of Crime was dubbed a ‘horror noir‘ story by writer, James Tynion IV. In it, we follow former Police Commissioner James Gordon as he conveys, in grim detail, how the Joker haunts his every waking moment and presides over all of his nightmares.

This story, at least so far, is very similar to Batman: Year One. Not necessarily in subject matter, but in its delivery. It’s heavy in narration, offered by James Gordon himself. Detailing a rich view of Gotham as a grimy and corrupt city and full of frazzled people in need of something to look up to.

That something is the Joker, who has an intoxicating hold on the people of Gotham. Batman is the protector of this city. But for those who might be lost or just need an excuse to be a horrible person, the Joker is the symbol they look to. Joker is the very personification of chaos.

The story kicks into gear when Gordon is offered a large sum of money to kill the Joker. He has a long publication history as the cop with a strong moral compass, but the Joker has ruined his life one too many times. He’d be a fool to not take the opportunity and he knows it.

Joker #1 is a solid setup for a series. I like the choice to have Joker exist as an idea to move the story forward, as opposed to him actually residing in the story. That comes later. As far as first issues go, I like how the myth of the Clown Prince of Crime occupies the minds of every character in this book, driving their every decision.

Faithful readers have always felt that if anyone was ever going to kill the Joker, it would be James Gordon. Especially after The Killing Joke. Batman and Joker have too close of a relationship, as strange as that might sound. Bruce simply doesn’t have it in him, at least not in this universe.

I’m excited to see how this story unfolds. Does Gordon have what it takes to get the job done and wipe this fool from the face of the earth?

In a short at the end of the issue, Punchline faces trial for crimes committed under Joker’s tutelage. While in prison on the days between facing the judge, she makes a name for herself by picking fights with the top dog in her cell block.