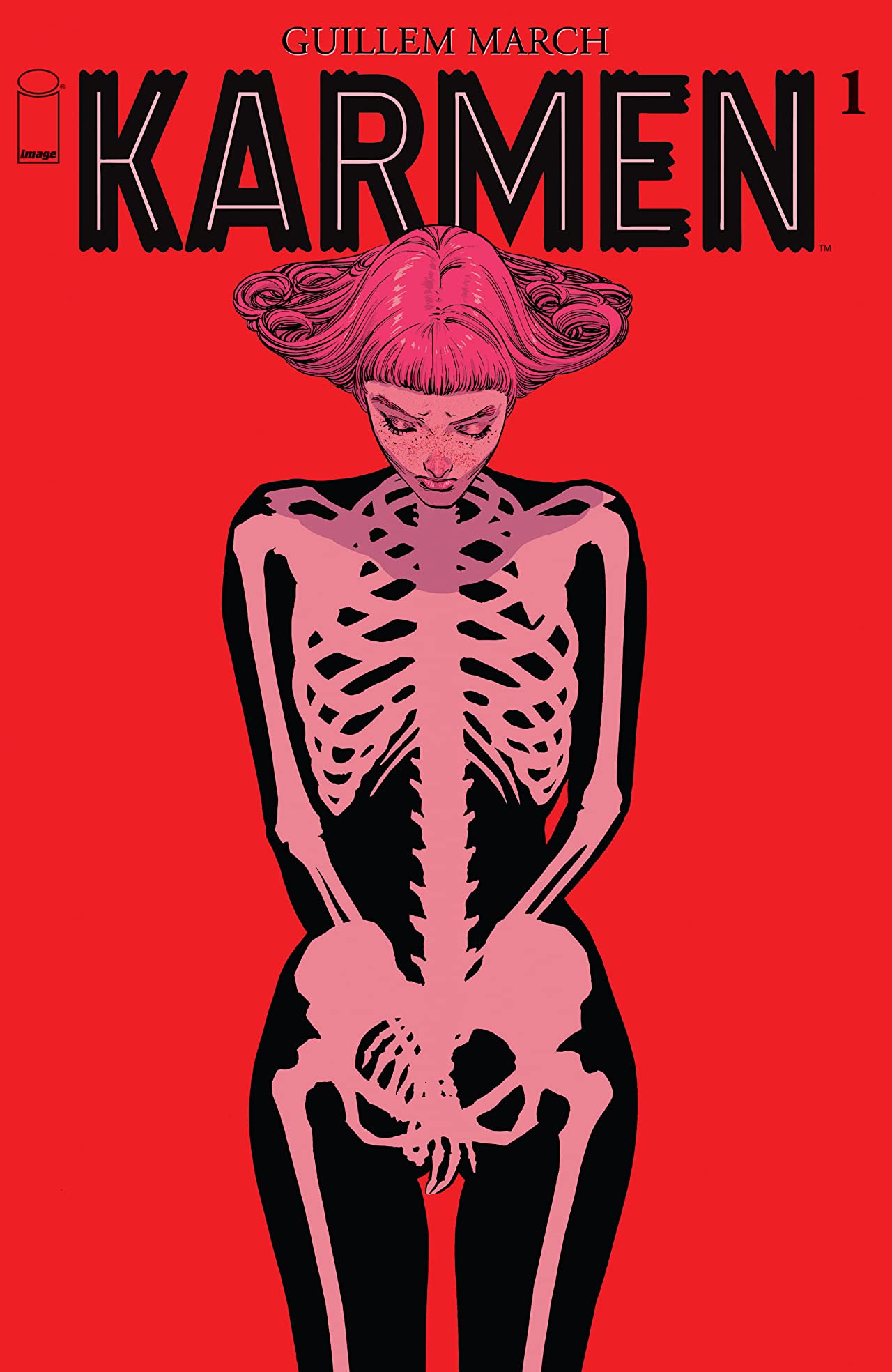 Before I start this review in proper, I think it’s important to state plainly that Karmen is very much for mature audiences. And very crucially, it’s important to state that the main events of the story hinge around a character’s suicide. It’s a dark story. Although, it tries to approach the metaphysical debates of life and death with a degree of levity to a certain degree of success.

Karmen starts with a philosophical monologue that pivots into a flashback twenty some years in the past focusing on Catalina before wrapping that monologue up and slowly and surely eventually ending up back at the present day where Catalina is having a particularly bad day. And divine intervention comes in the form of the quirky angel and titular character, Karmen.

Karmen intervenes on the suicide attempt, and thus the strange meditation on life and death begins in proper. Karmen’s not the conventional reaper archetype. She is a lot more flippant, energetic, and otherwise bombastic type of character. She stands in stark contrast to say the ghosts from A Christmas Carol, a story mentioned in text, who are much more meditative and pensive. That said, Karmen is a decidedly kind character, and does care for Catalina in her moment of need and showcases a lot of empathy with bleak humor and off-color jokes.

From a writing perspective, I could draw some parallel’s with Donnie Darko or even Neil Gaiman’s iteration of Death, but ultimately, Karmen exists on almost an entirely different plane of conversation from those characters outside of being a psychopomp. And truly the thing that throws me off is that I don’t know where the story goes after this. I don’t know how Karmen’s toilet humor and laissez-faire attitude interacts with Cata’s circumstances, and I don’t know how it lasts five issues.

From an artistic perspective, I think March has truly alluring and beautiful artwork. It’s all very surreal and ethereal, but I also don’t know how some of the artistic decisions tie into the greater narrative. It’s a very pretty looking book, but I’m not sure what it’s all in service of just yet.

Page per page, I think there are just as many instances that I am floored by March’s work as I am confused by a particular decision. Karmen covers a lot of interesting space, but I’m also very confounded by where everything’s supposed to head since there is a wide variance in tone. One moment, it is somber and philosophical and then the next there’s a fart joke. It’s a dynamic book and if you’re able to approach stories about suicide, I think there is something interesting to uncover, but it may take some time to fully parse.