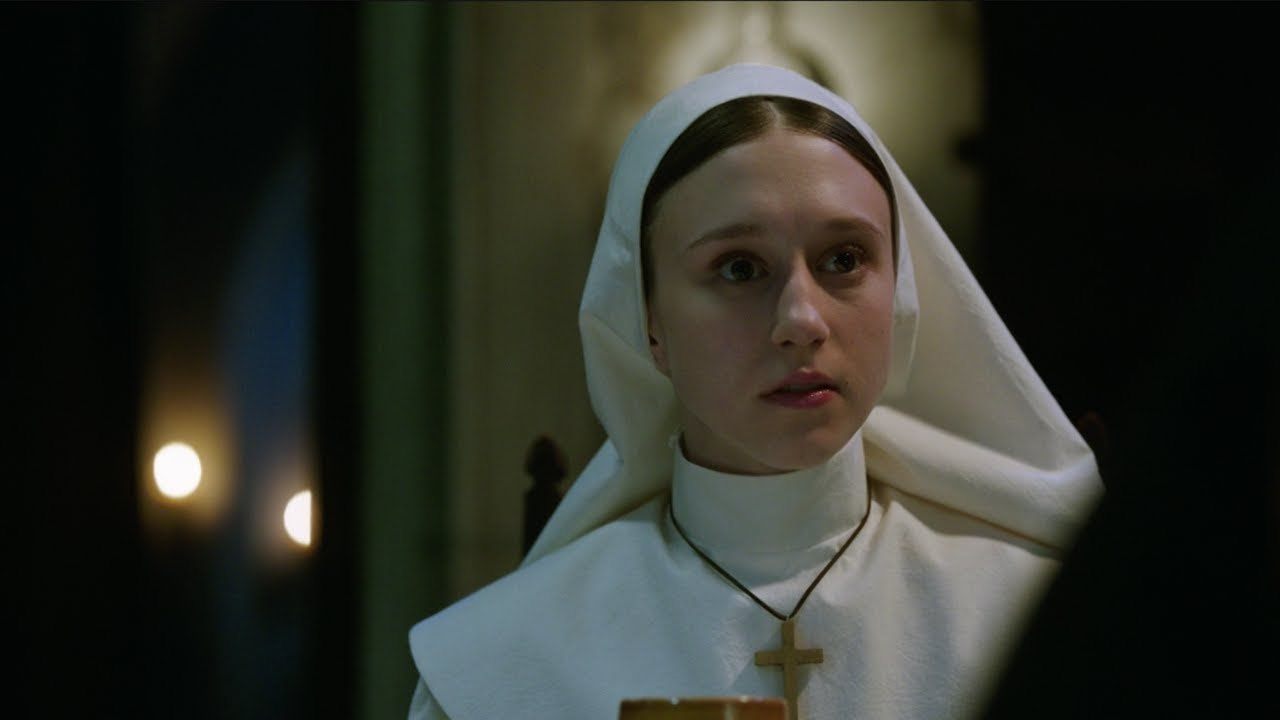 A prequel to the longstanding The Conjuring horror series, The Nun follows a young Sister Irene, an old Father Burke, and a village Casanova named French on a survival adventure through a haunted Abbey. If you thought The Conjuring already had a prequel or two, you’d be right about that — both 2014’s Annabelle and 2017’s Annabelle: Creation explains demonic life pre-Conjuring. The Nun fits in specifically as an origin story to Valak, the demon you may remember from The Conjuring 2. If the history confuses you (or disinterests you altogether), rest assured that The Nun doesn’t rely on series knowledge in its exposition, so there’s no entertainment lost in coming in cold. The downside? There’s little entertainment to be found at all. The Nun is a sequence of jump scares that starts strong, but whose horrors rapidly dwindle with each passing encounter. 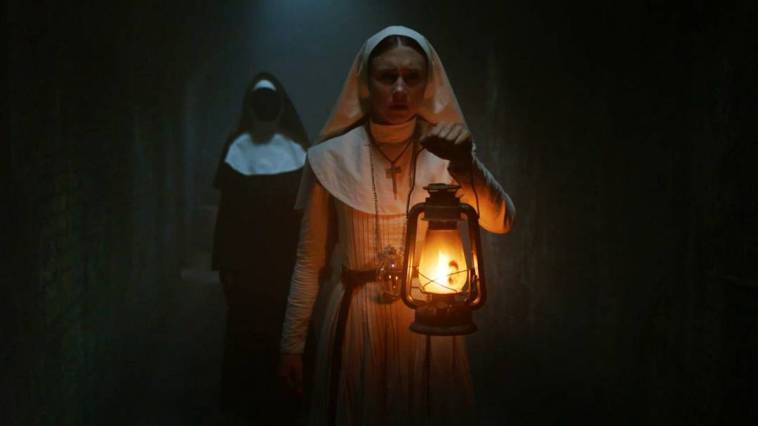 Set in Romania, a young traveler finds a dead nun hanging by a noose outside a largely abandoned abbey. The audience knows how she got that way — it was the opening scene and the scariest of the film — but the hanging nun is mysterious to the Catholic church who launches an investigation into the nun’s death. A brief leap to the Vatican introduces us to Father Burke (Demián Bichir). He is the priest put in charge of the investigation, and he travels to Romania to uncover the paranormal activity rumored in Romania. He has to bring a partner to help investigate the nuns at the abbey, and that partner is Sister Irene (Taissa Farmiga). Dark, gothic horror scenes spanning European cities bears a Van Helsing-esque feel during the first act of the film before settling in Romania for good with a cast of 3 characters: Father Burke, Sister Irene, and Frenchie (Jonas Bloquet) as the young traveler who initially found the hanging nun on the doorstop of the church.

The movie is anchored by jump scares based on rotating cameras as our 3-person cast are inevitably separated and walk through the church and its grounds outside. The jump scare will get you, and there’s a real sense of terror through the end of the first act and leading into the second. Where The Nun goes astray is the convoluted story they try to tell within the long, meandering scenes in between the terror, a mystery that is poorly told if not downright boring in its essence, only to have it more quickly and easily explained later on: an evil was buried during the Crusades, which was later released when bombs were dropped during the war, and now that evil is slowly gaining strength to take over the abbey and eventually leave it. Our heroes’ quest is to use the blood of Jesus (literally) to re-seal the evil before it grows strong enough to leave. Meanwhile, Father Burke is also being haunted by the memory of a past exorcism gone wrong, adding a fleeting layer of character depth that adds more convolution than its addition is worth.

There’s a real head-scratching unclarity between the physical realm and the demonic which undercuts the film as it goes on. Part of what makes spiritualistic horror so terrifying is your physical helplessness against your assailants, but Father Burke is able to struggle against demons and Frenchie, in perhaps the most ridiculous choice of the movie, is able to protect himself with a gun, turning it less from a demonic-possession horror into your garden variety zombie movie, only the zombies wear habits. Rules are poorly defined and rarely followed, as Father Burke can be mystically buried alive through the power of Valak, but physically rescued shortly thereafter and Valak, having the power to bury someone alive at will, has quite the difficulty killing anyone from there. Actually, I’ve never seen a less effective demon at killing, period. By the end, you almost expect it to come down to a fist fight between Valak and our survivors, and the horror is gone. You fear less a demon you can square up against, one that is vulnerable to your gun and their go-to move is an air burst. 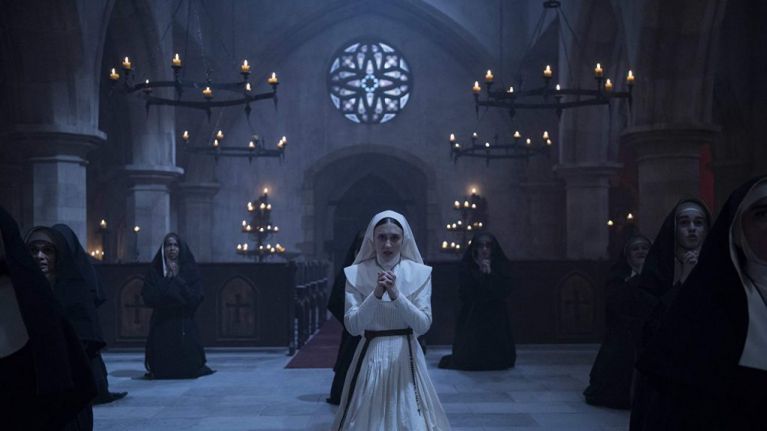 If you’re wanting to be scared, rest assured, The Nun will offer you moments of that, including eerie sound effects of bone-cracking and which-direction-will-it-come-from jump scares. If you’re a fan of religious horror, demon possessions, or jump scares, The Nun might be the movie you need to get you ready for the fall. It will hardly keep you up at night though: nothing from The Nun will resonate to terrify you in your bed after the credits roll. The most novel aspect of horror The Nun has to offer is the depiction of a demonic nun itself, a visual that is eerily and inexplicably horrifying in its eyes. That, and the weightiest horror that comes with it, can be found in the opening scene. After that, enjoy playing the game of guessing the jump scares, as that’s the best enjoyment you’re going to find.