If Indiana Jones and Lara Croft had a baby and that baby dropped grew up to be an accountant instead of a renowned archeologist or explorer, that would equal the same disappointment that Jungle Cruise is. Just cringe-inducing line after line being thrown at the audience while The Rock smiles his way through horrific writing, and Emily Blunt outwits the nefarious men who look down on a woman in pants. Jungle Cruise is exactly what you think it is. Part ripoff, part actor-driven, and all Amazon escapades that hope to capture the hearts of its young viewers. Bast, I hope the kids hate it too, because I really don’t need a franchise of these amusement park-inspired movies.

I wanted to see this film because of my affinity for the Amazon. I’m about that nature life. I request PTO on Shark Week, Planet Earth is the Godfather, and 90’s Discovery Channel was the Bible. What wonders do the rainforest still hold, and why has it been shrouded is so much the mystery for centuries? Let’s dive a little deeper into Jungle Cruise to see where they went wrong.

Set the Stage & Cue the Cast

Before we begin the big adventure, we need an ever-endearing reason why such a pleasant looking lady would place herself in a dangerous environment like the Amazon. How about a tree possessing incredible powers? The ability to revolutionize modern medicine with a value rivaling Germany’s bullets. Oh, you didn’t know there was a Germany storyline? Better buckle your sicherheitsgurt, because it’s about to go down!

Our “sidekick” character of the movie, McGregor, stands in front of an audience of old white farts stressing the importance of locating the arrowhead that could help them find the world changing tears of the moon (the mythical health tree, keep up). Old white dudes’ response? “FOH you overly inspired amateur! Didn’t some woman deliver the exact same speech and proposal before she got turned down? Dam right gentlemen, now get this plague sore out of our faces!”

Meanwhile, Emily Blunt’s character, Lily Houghton, is kicking ass and stealing arrowheads while her brother stalls. We meet Jesse Plemons’ absurdly over the top character that really reminds you that this guy is going to be a star for a very long time. He comes thru dropping gold bars and demanding excellent service. His fit game was proper, but I was not expecting him to be Prince Joachim and a cold blooded killa! More on that later.

Sidebar: When I first heard his name, Prince Joachim, it sounded black as hell, and I definitely thought they were about to go all the way there with this character. Luckily, they did not.

How Do Their Backs Feel?

The success of Jungle Cruise rides solely on the shoulders of Dwayne Johnson and Emily Blunt. The latter is quite eccentric for a woman of the early 1900s. And as much as I love her defiant nature in the face of societal norms, the writers really squandered their chances at good comedy by having characters repeatedly calling her “pants.” Johnson is his usual lovable self, but the way his story unfolds is hard to swallow.

Emily Blunt finesses her way through the opening scenes of this movie until she’s well on her way to the Amazon where The Rock Frank, owner of a river boat tour starts off with some incredibly, intentionally bad skipper jokes. Frank sets off traps and unleashes all his tricks to get jump scares out of his customers and swindle cash out of petrified Italians. Frank’s obviously the skipper Lily needs.

It’s all very eye roll inducing and ridiculous, but tailor made to give kids some good laughs.

As the jungle cruise arc of the movie begins, the setup is as obvious as it is simple. Lily is a wanted woman but will stop at nothing to find the Tears of the Moon. The Rock is indebted to a powerful man and needs the large amounts of cash flow Lily has. From here on out, you either vibe with the chemistry between these two actors or will be waiting for the exact moment you’ve had enough of this pus filled Disney+ disgrace.

What if I told you that Frank The Rock HITS AN POUNCING JAGUAR WITH A LEBRON SHOULDER IN THE PAINT?! Then wrestles with the big cat, slaps it across the face, gets full on bit by the creature all to convince Lily he’s the skipper for her. Andddd of course the jaguar is his pet cat. That’s how bad this movie is.

The back and forth between Emily Blunt and The Rock makes the movie a bit more bearable, I must admit. It’s not the kind of relationship that makes you fall in love or ship them, but you do want to see more enjoyable moments between them than constant bickering and disagreements that are flooded all throughout Jungle Cruise.

On the flip side of this jungle jamboree is Plemons’ Prince Joachim who will stop at nothing to shoot, torpedo, or anything else required to eliminate Lily. My villain goes so far as to unleash a cursed conquistador from his imprisonment just to get the W! It was obscene.

The ending of the movie has some tolerable moments, and even an endearing scene here and there, but there too much muck to drudge through for any redeemable payoff. Two of the ten people in my theater walked out the moment the big reveal went down, and I wasn’t the slightest bit mad at them.

As I mention, kids (especially wrestling fans) are going to love Jungle Cruise. Adults, much less likely. Either way you can go check out the movie in theaters or drop those $30 big ones for that premier access on Disney+. One thing I think everyone who sees this movie would agree on is that Lily should try out for the WNBA cuz shorty got the ill juke moves!

If you’re looking for a palette cleanser after watching Jungle Cruise, may I suggest Lost City of Z? It is an engrossing read that got adapted and deserves more love. I had hoped to see some of the excellent things that made Lost City of Z so great, but unfortunately, this cookie cutter Amazon adventure failed to deliver on those expectations. 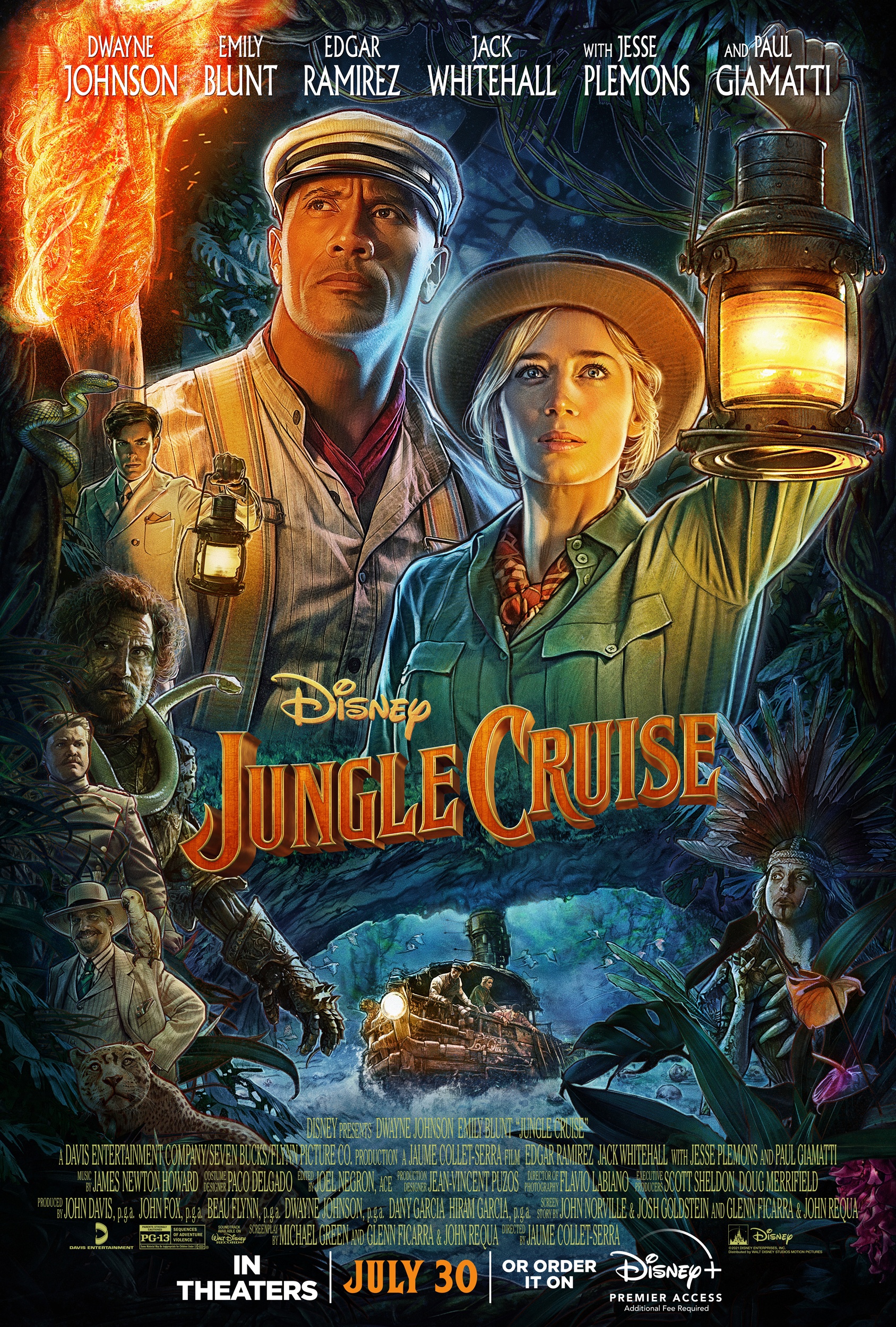