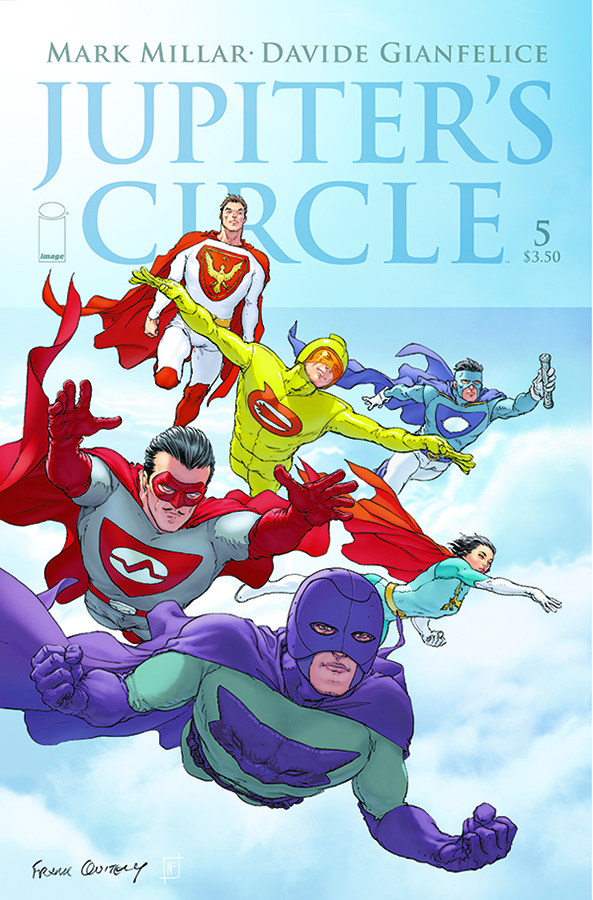 “SUPERHEROES WERE THE SUMMIT OF AMERICAN ASPIRATION AND SO OUR CHILDREN GREW UP TO REMIND MANKIND OF EVERYTHING WE COULD EVER HOPE TO BE.”

We start this issue with a little office sparring match between George and Walter. With shades of Terry Tate, office linebacker, all over the place, we get blessed with this fencing friendly. What’s on the line, you ask? Just a naked run through Central Park, nothing crazy. As you might have guessed, Walter took that L as we see his bare buttcheeks jogging through the panels. Surprisingly, he is joined by the man who sent him there. George isn’t gonna let his homie go through this solo dolo and matches him stride for stride saying they’ll have to outrun the PO-PO if they pull up. Don’t think that’ll be a problem. In our very next scene, we see Skyfox laid up in a dumpster looking like a purple Oscar da Grouch. The police wake him up and tell him they got word he was in there and to come save his reputation. They remind him he was responding to a prison break and was last seen battling dude atop the Brooklyn Bridge. It all flooded back to him that they settled differences and decided to hit an Irish bar by the docks andddd that’s why the other dude is passed out under them boxes. Skyfox essentially bows for his alcoholic performance and hops in an awaiting car. George’s former lover, Sunny, gets her first bit of shine in an issue that is shaping up to finally give us some context as to how George Hutchence becomes The Union’s greatest adversary. She talks to no one in particular about how George’s drinking problem is getting worse. She brings up the fact that his butler, Cuthbert, is constantly enabling his actions because he’s always nearby, waiting in the rafters, ready to “pick up the pieces.” She says that despite Sheldon being the leader, all the girls were swooning over George. He was the playboy. He had slept with a thousand girls, but once he met Sunny on the way to a modeling gig, it all changed. He stopped paying attention to all the girls and started being romantic. 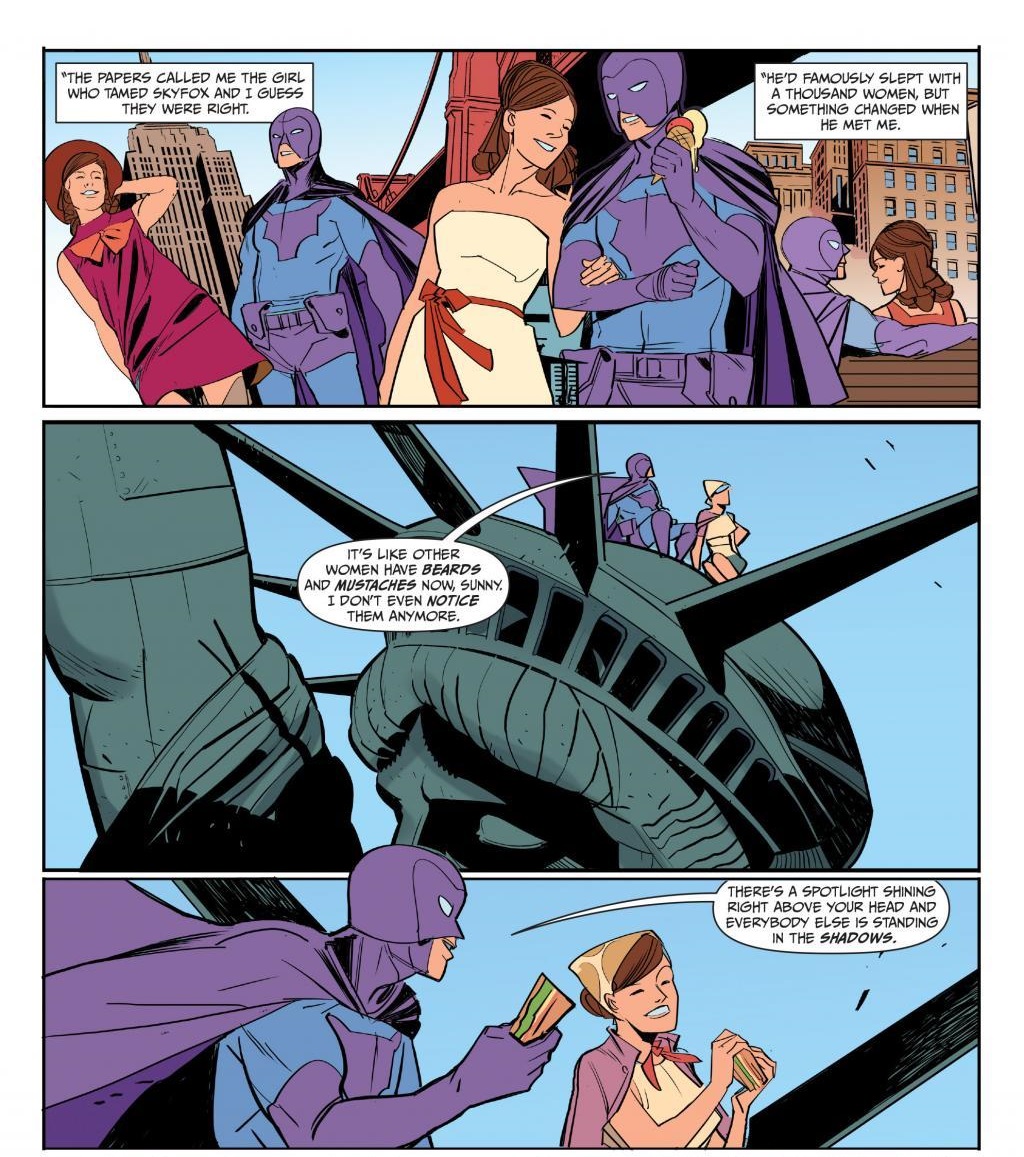 But a few things remained the same. He still had this edge about him.

Once he convinced some of the young guns that they could become his sidekicks if they removed Walter’s penthouse from the foundation in one piece so that he could hide it in an undisclosed location. Safe to say Walter was not happy once he realized his home had been telekinetically removed. Being the big brother and leader of the squad, The Utopian had to force George to reveal that he had hidden the bachelor pad in Africa.

It was childish acts such as this that resulted in his love’s refusal to marry him. 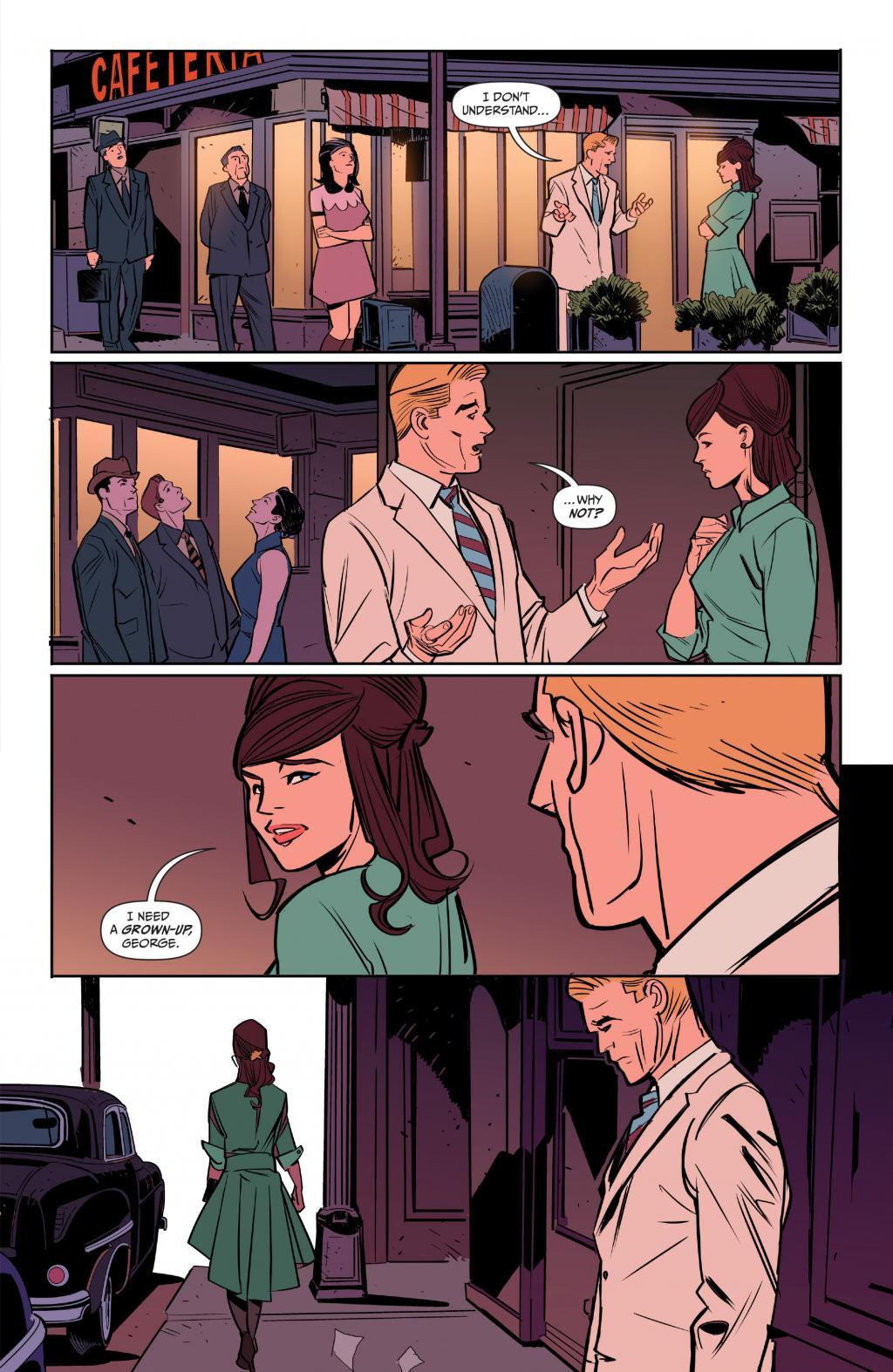 And then.. The betrayal.

I’ve said it before and I’ll say it again, that man Mark Millar is a beast! The way he infuses the problems of the working class citizen into the lives of super powered men and women who are looked at as Gods, is flawless. Check out issues 1-4 here.