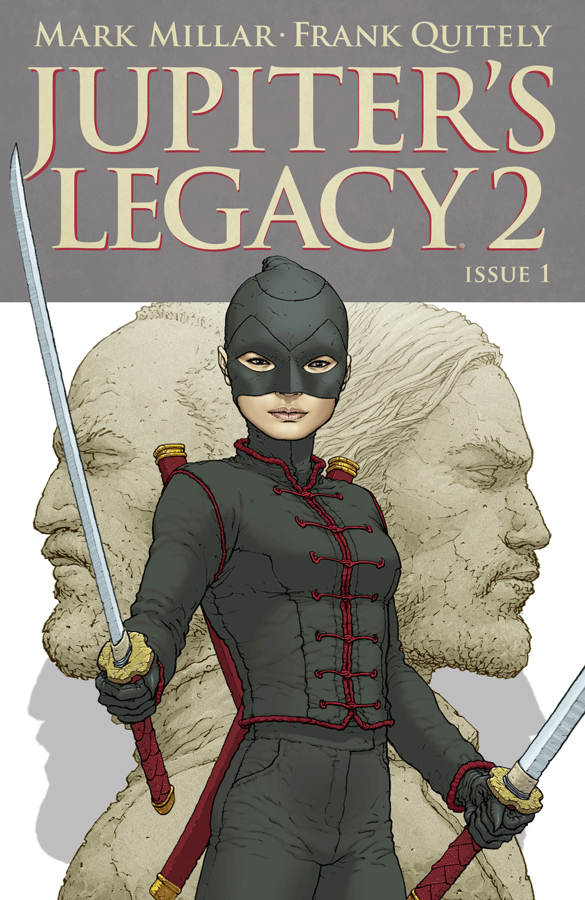 [quote_simple]“SUPERHEROES WERE THE SUMMIT OF AMERICAN ASPIRATION AND SO OUR CHILDREN GREW UP TO REMIND MANKIND OF EVERYTHING WE COULD EVER HOPE TO BE.”[/quote_simple]

But the children of the superheroes DIDN’T WANT to be like their parents. They wanted to be RICH, they wanted to be FAMOUS, and they wanted to save the world in ways their parents never DARED. So they staged a COUP and murdered the OLD GUARD, taking over AMERICA and forcing their ideas on a country that NEVER WANTED them. But one hero ESCAPED and together with her boyfriend and EIGHT-YEAR-OLD SON she set out to find all the old SUPER-CRIMINALS to ask them to come back and SAVE US from the SUPERHEROES…

We jump into the And-1 Mixtape Volume 2 at Sante Fe, California in 1991. George/Skyfox is posted up in the crib of some dime piece we can only assume is baby moms because he’s asking about seeing his son. He gets blessed with that biological access and the young lad keeps it a buck with George and asks, “Are you my dad?” Yo, Mark Millar is a boss. Such a simple question, but it explains a ton pertaining to Hutch’s future mindset and what life experiences molded him growing up. Clearly he ain’t ever seen his pops or only met once or twice, which explains why he’s such a real deal dad to his son, Jason.

While George and Hutch are catching up and participating in superhero arts and crafts, Walter and his lackeys touch down outside and get ready to escort Skyfox to what I can only guess is a battle to the death or straight to prison. But not before George hits Hutch with the power rod we’ve seen his adult self use, just like the kid’s favorite hero Blue Bolt.

We pick up where Volume 1 left off. Hutch, Chloe, and Son-Jason on the run from Walter and Brandon’s New World Order. But it’s 2020 and they on the run, no longer! They go on the offensive hopping from Paris to Hong Kong, Singapore to Berlin, Brazil to Antarctica rounding up all the bored and fed the fuck up super powered criminals to join the team and finally book Walter and his regime a one way flight to Fade City.

Walter and Brandon out here shittin’ bricks playing the blame game at Supermax prison. The crazy part is, they seem to only be worried about Jason. Chloe aint shit. Hutch is a poser. The team they’re assembling is suspect. Meanwhile, solar eclipse levels of shade are thrown at Walter by Miss Joan Wilson the size manipulating tallest super criminal they caught Down UNDA during Vol. 1. It was potent.

Frank Quietly blesses us with some Picasso on the panels type shit, with his shot of Chloe out in Dubai. She’s scoping out some palace that holds Repro, a superhuman parasite who tried to rob the rich middle eastern fam and got the Medusa statue treatment as a deterrent to all would be thieves. The squad needs to spring Repro from his display case to bolster the roster but know they gon have to get through the Palace’s very own superhero, Raikou. Now you KNOW that someone is legit as Fuck when they get the cover art treatment and know they even more badass than originally thought when your teammates start rattling off all the dope ass powers shorty got. 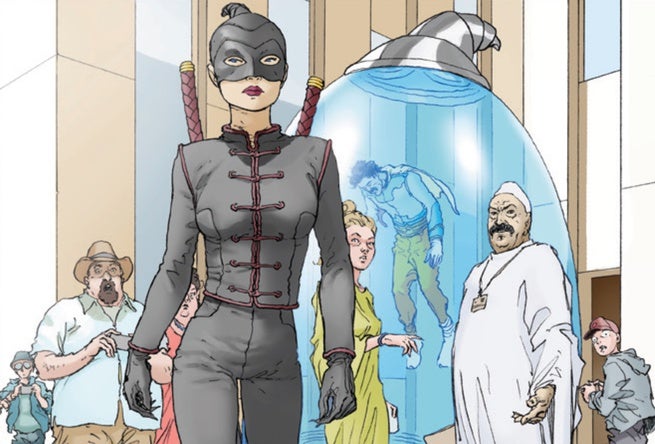 Welp, Brandon and Walter’s theory proves correct cuz their plan is to send in the big guns first. To start the fight off with this world’s version of The Mountain in the 3ft 4in, not a day over 8 years old Jason. Ohh what a time to be barely over 5 and the most powerful person in the Eastern Hemisphere!