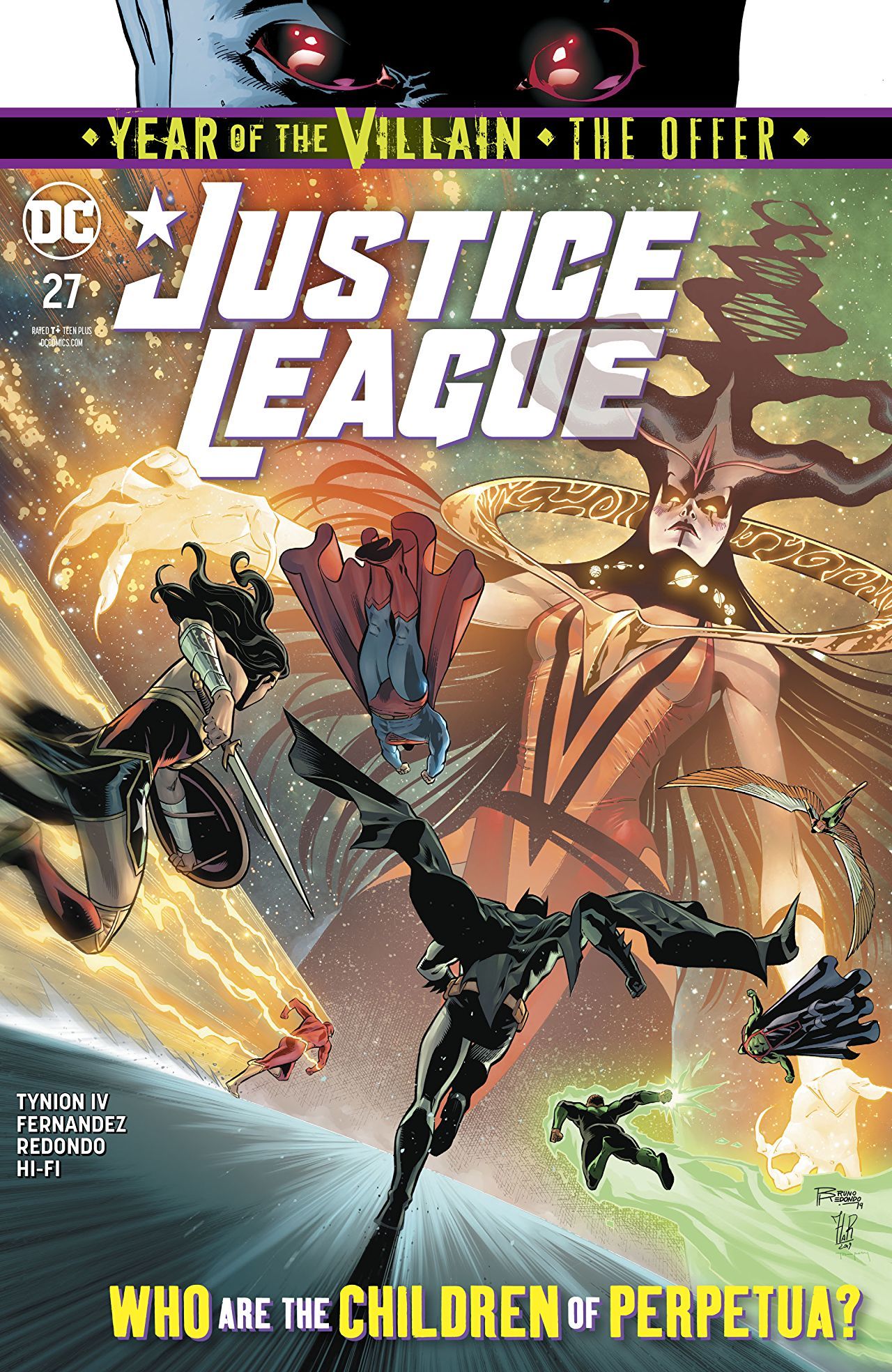 Directly following the events of last issue, Martian Manhunter is held captive in a cage by none other than Lionel Luther. The problem with that is that he’s been dead for years. Hawkgirl, tired of J’onn’s shit, comes to his rescue where it’s revealed that it isn’t actual Lionel Luthor, but an android created by Dr. T.O. Morrow, who’s apparently been working with the Legion of Doom for a bit. It’s been a delight to see Hawkgirl take action. She’s the low-key leader right now. Keeping a fractured J’onn intact while calling plays like a quarterback for the rest of the team. She’s with the shits.

J’onn’s really gotta get it together. The dude is folding under pressure. He is so hellbent on finding Lex Luthor that he’s putting the state of the universe at risk. It’s all contingent on the memories he has of Lex as a child. He was present when J’onn was brought here and he was always nothing but kind to him. J’onn believes that that kid is still inside Lex deep down. Even though Lex is supposed to be dead right now. 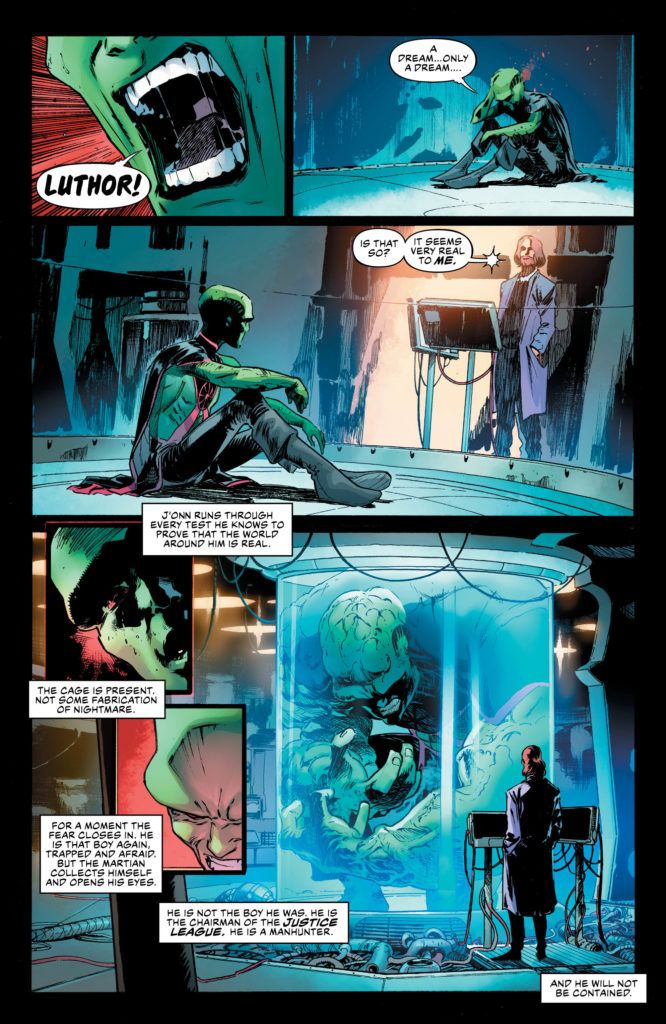 One of my issues with this issue (lol), and this arc as a whole so far, is that Lex Luthor’s (fake) death is such an important part of this story. But he didn’t actually die in this book. His death was the inciting incident of The Year of the Villain, a new DC event where Lex dying sets a plan into place where his wealth is spread out to all the villains so they can go and murk their superhero nemesis. Luthor’s death no doubt has a huge ripple effect on the landscape of the universe, and the idea is that will be felt within all the individual books. But like a lot of tie-ins, spreading conflict over multiple titles lessens its effect across the board. Like in this issue, J’onn is definitely taking it pretty hard as he wanted to try and save him. But because (unless you read every tie-in issue) we haven’t seen Lex die, J’onn’s reaction doesn’t hit the same.

On the other hand, Manhunter and Hawkgirl’s “kind of son “Shayne continues to be a favorite addition of mine to this book. On top of just being an extremely cute mix of two of the most bad ass characters of the team, the kid just brings levity to a story that’s got a lot of darkness. His brief scene from this issue made me want to reach through the page and give him a tight hug. Left to his own devices since most of the League is spread thin, Shayne has started to contemplate his existence. We’ve all gotten a little existential in our lives at some point. But Shayne’s situation is a little different. If you don’t remember, Shayne is from a fake multiverse in the Sixth Dimension created by the World Forger in an effort to show the Justice League their brightest future. But it wasn’t a real future or even an alternate universe. It was a fabricated reality that has since ceased to exist. And Shayne is trying to wrap that, and his continued existence, around his adorable head. And I want to give him a hug and tell him that everything’s gonna be alright.

Justice League #27 gives us a Martian Manhunter damsel in distress, with Hawkgirl coming to the rescue murkin’ everyone with her mace. Meanwhile, their alternate future son has an existential crisis.