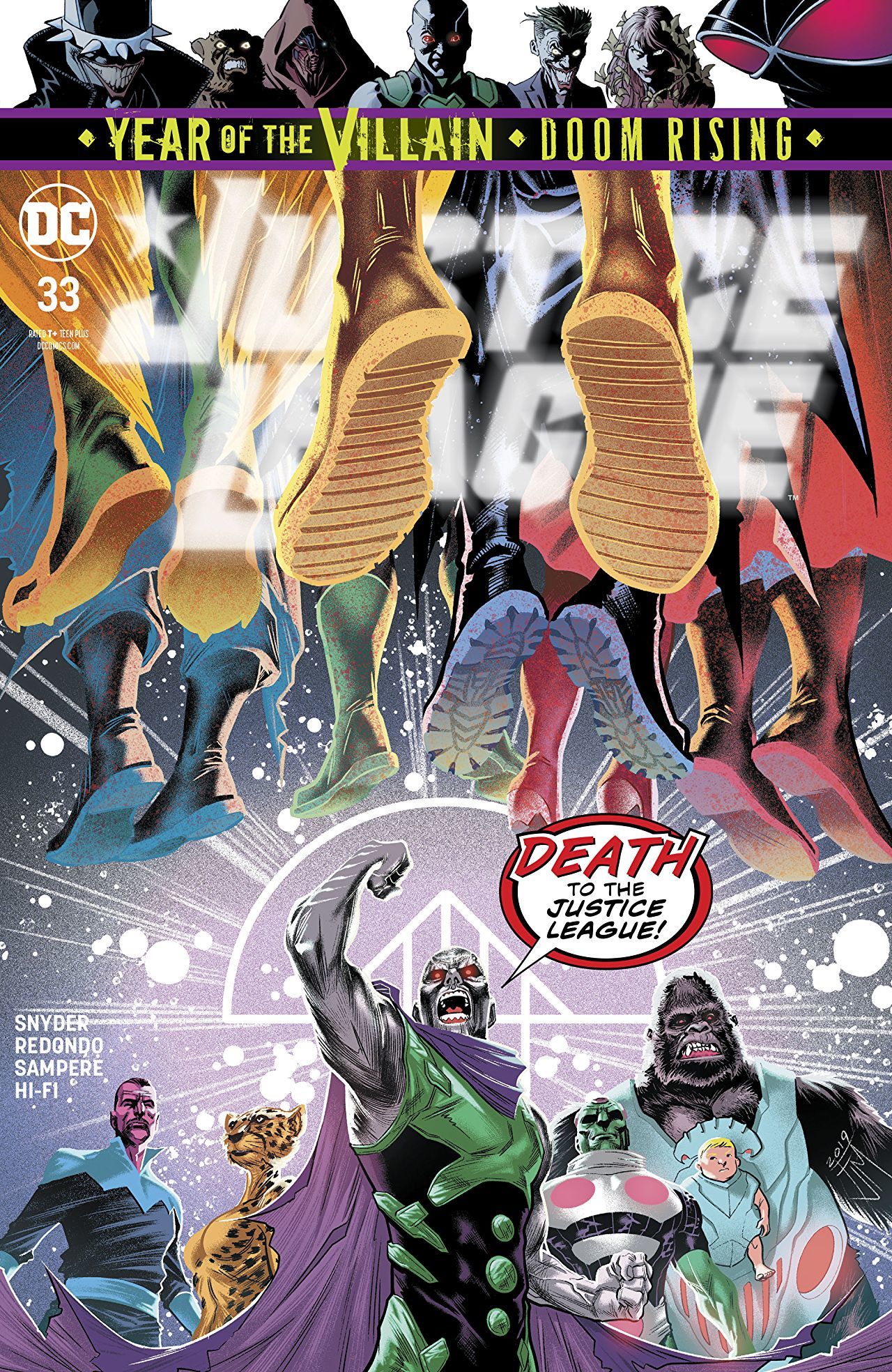 In Justice League #33, the Justice/Doom War inches toward its climax as the League finds ways to carve out little victories toward evening the playing field.

Don’t count the heroes out yet. They’re starting to figure out how to win. But we all knew that was gonna happen, we just didn’t know how. In this issue, a few things became clear. There are three things that need to happen for the Justice League to defeat the Legion of Doom: The Ultra-Monitor (a combined version of Monitor, Anti-Monitor, and World Forger) have to keep the offense coming against their mother Perpetua, Poseidon’s conch from the past, and Hawkgirl’s new mystery powers.

Hawkgirl’s evolving powers have been slowly developing since the beginning of the series, and to see her finally begin to come into her own is so exciting. She’s essentially the biggest key to all of this. Without her, all the other plans fall into themselves like a house of cards. She has the ability to literally stop Perpetua in her tracks, as the power coursing through her veins and wings is the same power that imprisoned Perpetua in the first place. She’s the Sparta kick that will send Perpetua back where she came. Let’s just hope everything else works out so we can get to that climactic moment.

The biggest threat to the plan right now is the Legion of Doom’s team in the past. Aquaman has returned from his sabbatical in time to take the team to Poseidon, the King of Atlantis in this time period. He hopes to borrow his conch, as it has the power within it to help the Justice League defeat the LOD. But team Doom already got the drop on Poseidon, so it looks like there’s gonna have to be a fight. The block is hot.  Leave it to Scott Snyder and company to frame an entire battle with dire stakes hinged entirely on… a conch. Wild. 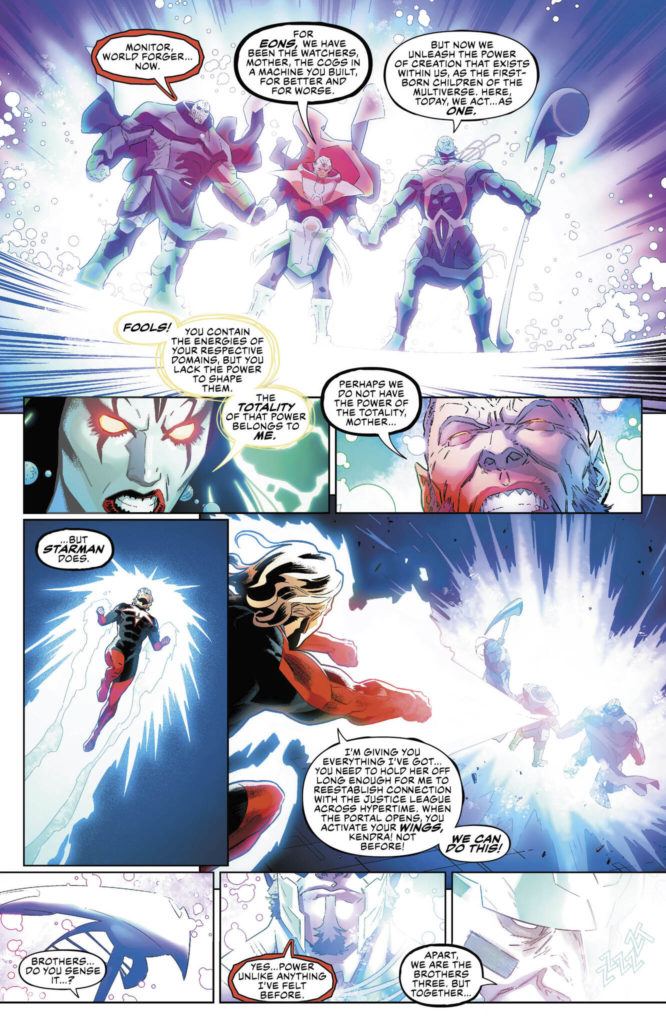 Meanwhile, in the future, the League’s ranks just got beefy! In a splash page that might be my favorite single page of comics in the past few months, it’s revealed that the Justice League of the not-too-distant future is about to join the fight. I’m talkin’ Batman Beyond, Big Barda, Warhawk, Aquagirl, Reed Richards (Gray-sided hair) Superman, Micron, and Green Lantern Kai-Ro. Did I mention that the block is hot?!  The Legion of Doom is about to get an ass beating from the future! My inner 12-year-old is so happy. There are so many things to get excited about with this team showing up. But I’m gonna narrow it down to two: Warhawk and Static.

First off, if you didn’t know, Warhawk is the son of Hawkgirl and John Stewart. There was a whole ass couple of episodes about it on the Justice League Unlimited show back in the day. And this Justice League team is the exact same one. You should check it out. It’s good stuff. Well, that’s a big deal because Shayne is around. And Shayne is also the son of Hawkgirl, but his daddy’s name is J’onn. Damn. I just realized that Hawkgirl has a type. I know we’re dealing with the multiverse here, but it’s still gonna be awkward when everyone meets for the first time. And I can’t wait.

The elephant in the room is Static. As I mentioned, this is the same Justice League from the future of the JLU show. The only difference is that that team featured a 65-year-old Static. But that same team was adapted into the comics that had a run for a while over the past few years as well. Static wasn’t part of that team. So, it’s hard to know which version of the team this is. The easy answer is that it’s the comic book version that didn’t feature Static, because he’s not in the splash page with the rest of the team. But there’s a part of me that’s holding out hope that he’s gonna pop up in an issue or two and collectively blow our minds. I know that’s wishful thinking. I know. But a guy can dream, can’t he?

Justice League #33 sets the heroes up for a stellar come back while doubling down on the time travel multiversal madness that’s made this run so much fun.

9.0 Terry McGinnis sightings out of 10