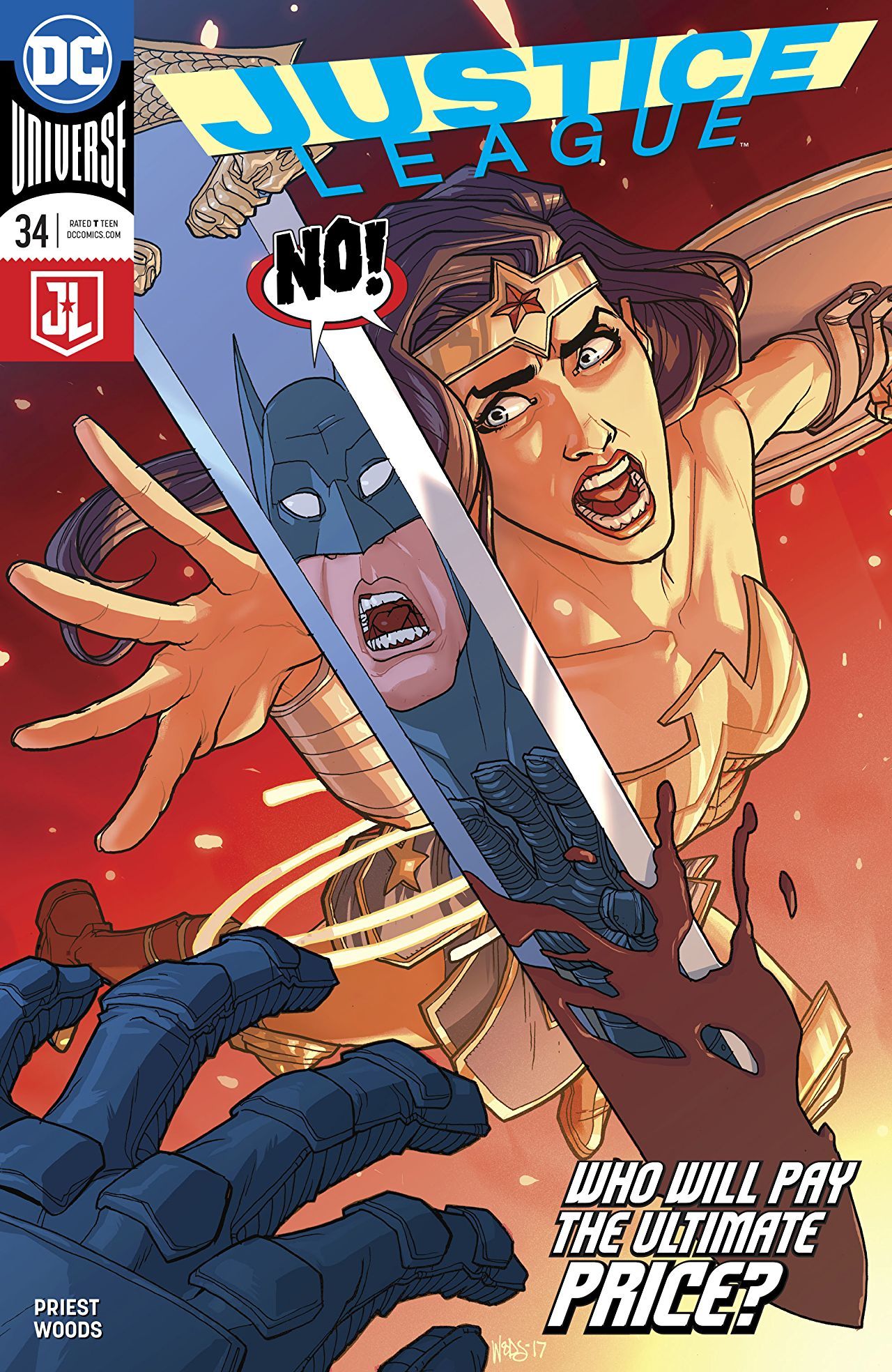 I’m just here to let y’all know, if it wasn’t clear before, it’s 1080p now: Batman is the boss. The head honcho, El Jefe, the Smitty Werbenjagermanjensen of the League if you will. And if you still don’t get it, he’s #1. Under the Caped Crusader, the JL is workin’ like clockwork. He barks, they follow. No question. But Batman is only human, and humans get tired. A sleep-deprived Bruce makes a questionable call which may cost him his top dog spot, and may have bigger ramifications for the League as a whole.

This story marks a new beginning for the title. Bryan Hitch, the old writer is gone and Christopher Priest is here for the foreseeable future. Behind the scenes shake-ups are usually exciting, as it means the series is headed in a new direction. But this one in particular… just feels like more of the same.

That’s not necessarily a bad thing. Priest definitely capture’s these characters more authentically, but the overarching conflict is a bit up in the air. This story felt more like a standalone. In that sense, it works as a palate cleanser that helps you transition from one creative team to the other.

One thing I found particularly interesting is that the story is told in vignettes. It’s a different way to frame a comic and it really forces the reader to wonder why the story is split the way it is. I’m just not sure it really pays off in the end. You know that there are three separate stories but the purpose for that never really bubbles to the surface. At least not for me. But who am I? I just referenced Spongebob in a Justice League review.

Pete Woods’ art takes a more stylistic approach than this title has had thus far. It works well with Priest’s lighthearted vision of the League. There’s more banter between the Lanterns, kids making fun of Wonder Woman’s accent, Aquaman driving a bus (Yeah, you read that right), and an alien speaking in African American Vernacular. His name is Buzzy. It’s only fitting that you’ve got an art style that lends to be a bit more playful. Woods does this without making the art a distraction. Sometimes illustrators take too many liberties on their portrayal of characters. See: the 90’s. Along with the art, the color pops more than some fat ass bacon on a searing cast iron skillet. I mean look at this. 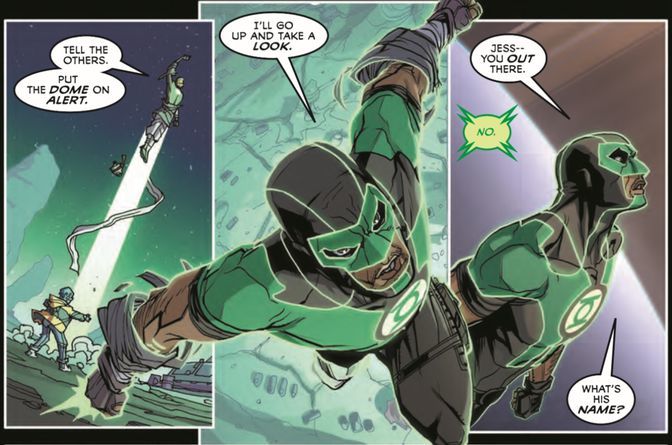 Nothing but respect for my Green Lantern. Other than the story which was a bit on the safe side, Priest sets up some interesting themes in trust and culpability that Batman is going to have to grapple with.

8.1 Australian Wonder Woman Accents out of 10