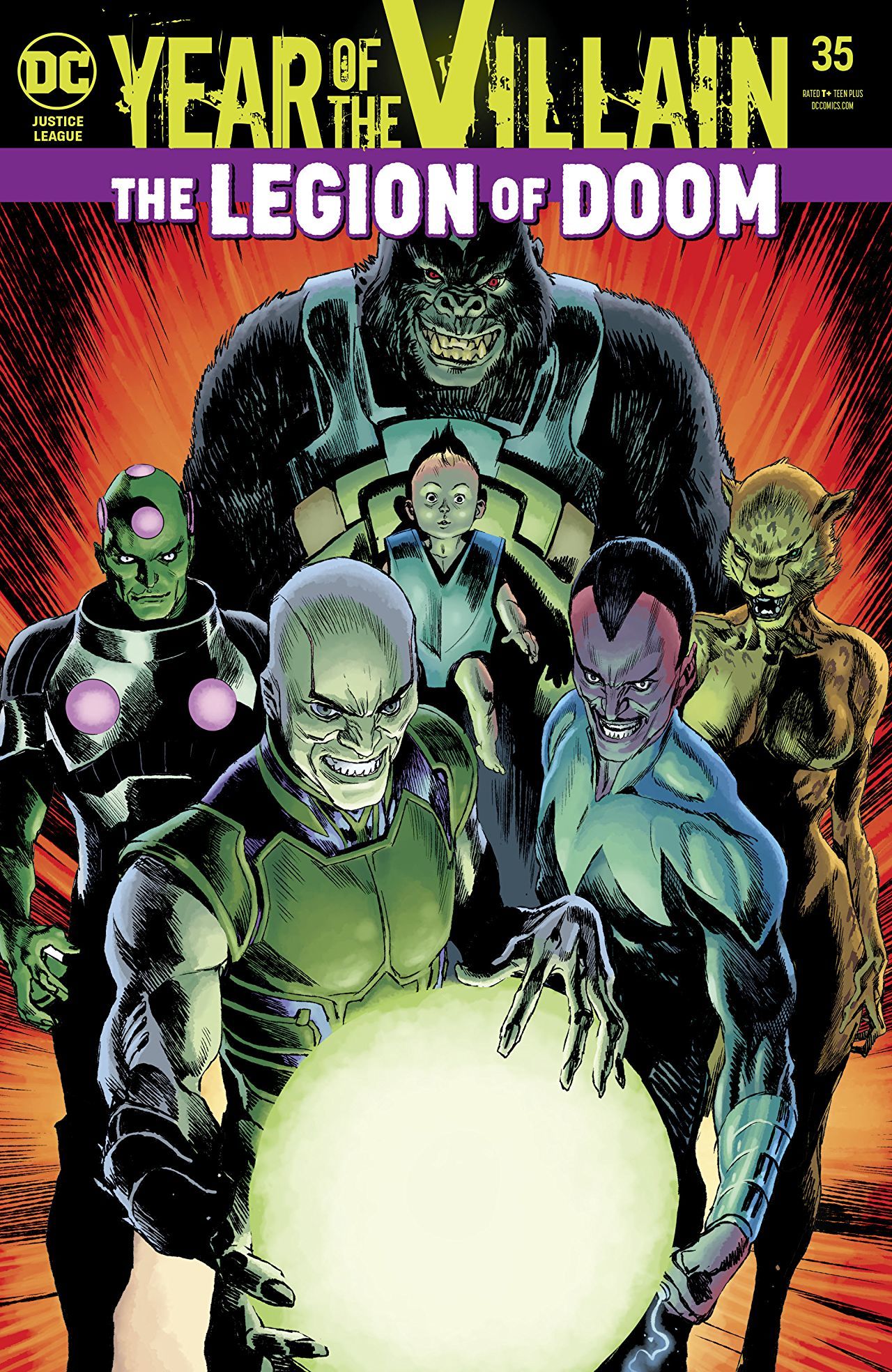 Look, man. The Legion of Doom have been bad. That’s no surprise. But in issue #35 of Justice League, this group proved why they have got every inch of smoke that exists within Perpetua’s multiverse.

First off, that cover? Hardest mixtape cover of 2019. Covers are always supposed to convey a certain mood to get you ready for the story inside. This group just looks like they’re having fun. They’re bad, and they know it. They’re wearing those grins like they’re about to ad-lib us to death in addition to destroying our universe. I may not want them to win, but I wanna see every second of them trying to bring their plans to fruition. They are undoubtedly with, what the kids call, the shits.

This issue had the Legion of Doom firing on all cylinders with no opposition. Bar after bar. They sent a diss track to the Justice League and our heroes haven’t responded yet. To hammer home just how much this group of villains is in control, imagine them as Pusha T, and the Justice League is Drake after Push brought up his son. Radio silence, bro. These hittas are on some Ocean’s Eleven shit. They’re out here whoopin’ ass and compromising the state of the multiverse… but in style? You hate to see it. But you kind of love it too. As long as your universe doesn’t get decimated. 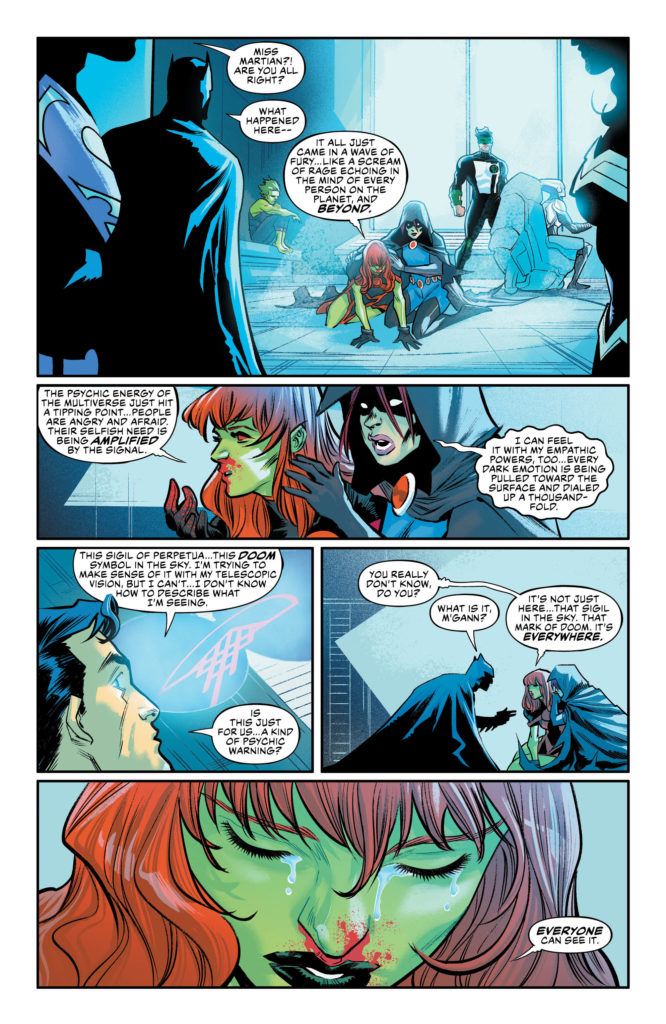 And the leader of the pack? The Lauryn Hill to their Fugees? Perpetua. Remember her name. She’s at full capacity. And yo, she doesn’t disappoint. She’s exactly who we thought she was. And that’s a scary sight. This godly woman visited a neighboring universe– one from a popular Elseworlds story– and utterly obliterated a fan-favorite character and every ounce of the existence they inhabited. As Perpetua puts it in the aftermath “There were 52 Universe’s in this perversion of my multiverse. Now there are 51.” Holy shit. It’s finally starting to settle in the implications that this will have on… everything.

This issue did a wonderful job of showing us scenes and characters rather than just telling us in a bout of exposition. It strengthened the narrative so much. We were treated to snippets of teams and factions across the galaxy, time, and the multiverse to help convey the scale of what we’re dealing with here. And man did it work. Everyone is out here ready to risk it all.

On the art side of things, we got Francis Manapul back this issue. And he was missed. That’s not to undervalue any of the rotating crew of artists that contribute to this book. But I feel like Manapul is at his best when it comes to conveying the grand scope of things. Looking at his art is what listening to Hans Zimmer feels like. There’s a splash page in this issue that has a bunch of characters looking up at the sky. That’s it, just looking up in shock and terror. But I swear I teared up a little.

The Legion of Doom are out here comin’ with all the smoke like an underground group trying to get signed to a record deal by putting out the hottest mixtape the streets have seen in years. Their schemes? Flawless. Their execution? Airtight. Their style and charisma? Toxic. They bodied the Justice League this issue without even directly throwing a single punch. Meanwhile, the Justice League is out here hiring ghost-writers for their response track.

10 Multiversal Diss Tracks out of 10