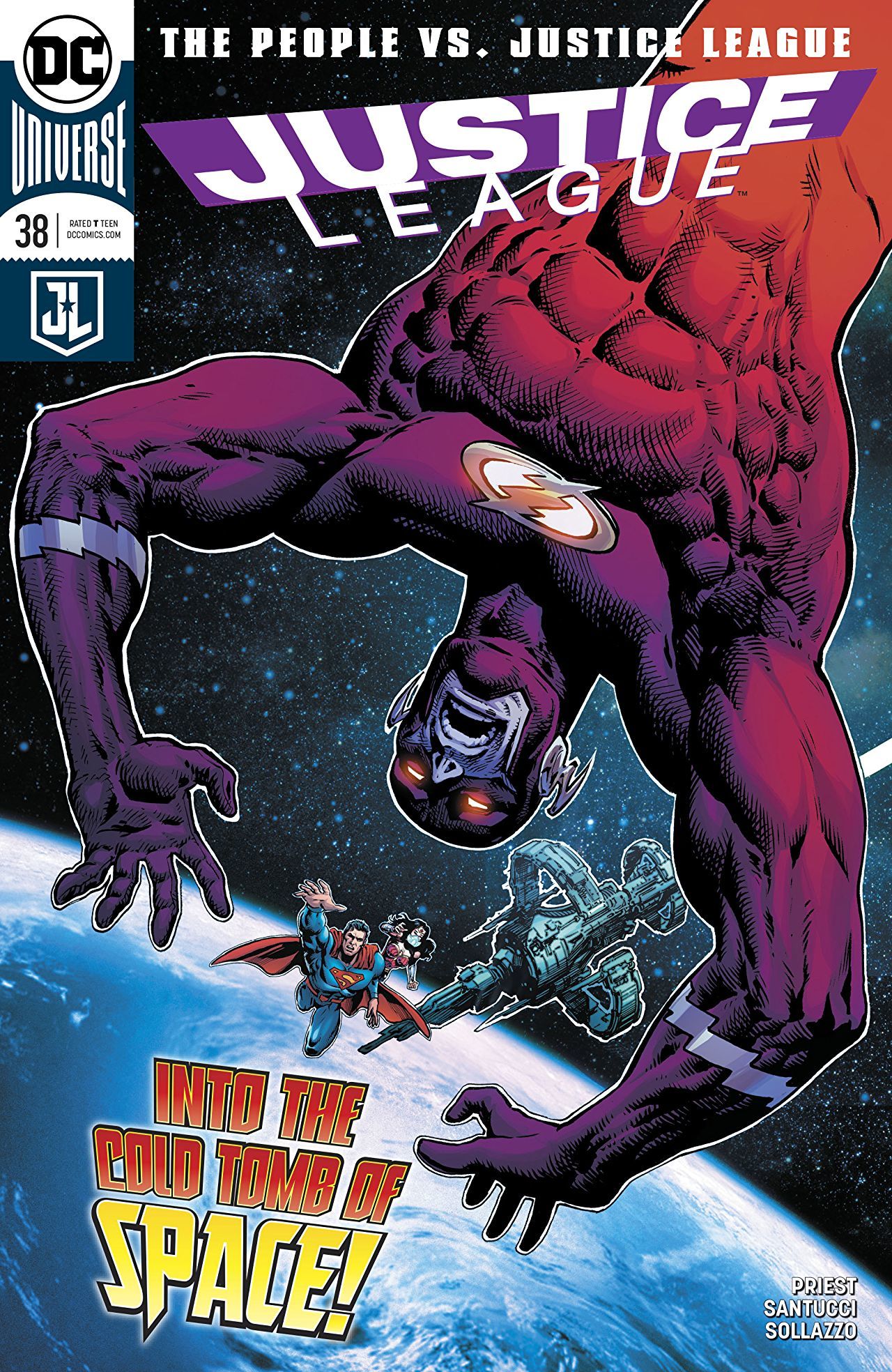 I’m gonna make a bold statement: The Justice League hasn’t been this well represented and distinct since the cartoon 15 years ago.

See what I did there? It was bold on two fronts ?

I’m also well aware that I’ve said this in just about every Justice League review I’ve written so far.

I just fear that when Snyder takes over the title, all the work done on Cyborg, Jessica Cruz, and Simon Baz will be neglected, so I need to say it as much as I can now.

Priest’s Justice League isn’t flashy. It isn’t grand. And for the first few issues, that’s what made it feel so special. In this interpretation of the League, characterization takes center stage, and action takes a back seat. I thought that at some point those two would balance out a bit, but that trend continues in issue #38. 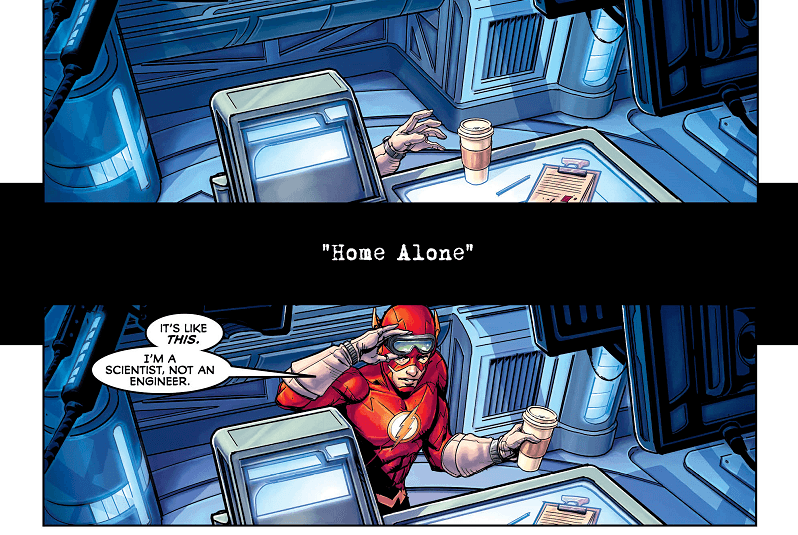 This time around the League is split up in teams looking for their adversary known as The Fan, a dude who dresses up as the team and wreaks havoc on behalf of it. Twisted, right? We get some really good character moments while everyone is split up. My favorites this issue come from Cyborg and The Flash. But there’s not much action, at least not any rooted in the main conflict.

I love Barry in this run, but he’s part of the problem. Dude is too smart for his own good. Like, annoyingly smart, and oblivious to others that aren’t up to speed—including the reader. I’m sittin there reading 300 lines of Flash dialogue a page written in, from what I can tell, actual scientific jargon. I’m impressed with how authentic it feels, but I feel like so much of that could be cut to fit in some action or progression of the plot.

Marco Santucci picks up on the art for this issue, and while he does a really good job, it looks very different from what we’ve been getting. If you need that continuity, you’re gonna be bugged. But it still looks clean as hell. His art’s got a chalky look to it that I really dig. Especially with how it interacts with the colors. It doesn’t pop in the same sense that we’ve grown accustomed to, but it fits together in a way that comes off a lot more smooth in the final product. 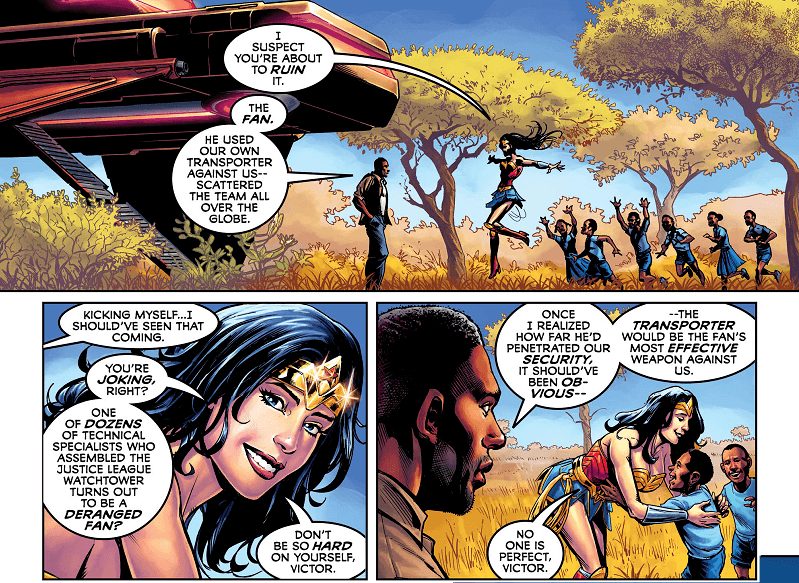 As much as I’ve loved Priest’s run so far, 5 issues in, I am still yearning for a bit more conflict. I love the development of these characters but at times it feels like it might be at the expense of the action. There haven’t been a lot of punches thrown and while that was okay in the beginning, it’s starting to drag a little. It feels like every issue ends on a cliffhanger and then it’s barely addressed if at all in the next issue. Hopefully, it picks up. I’m optimistic.