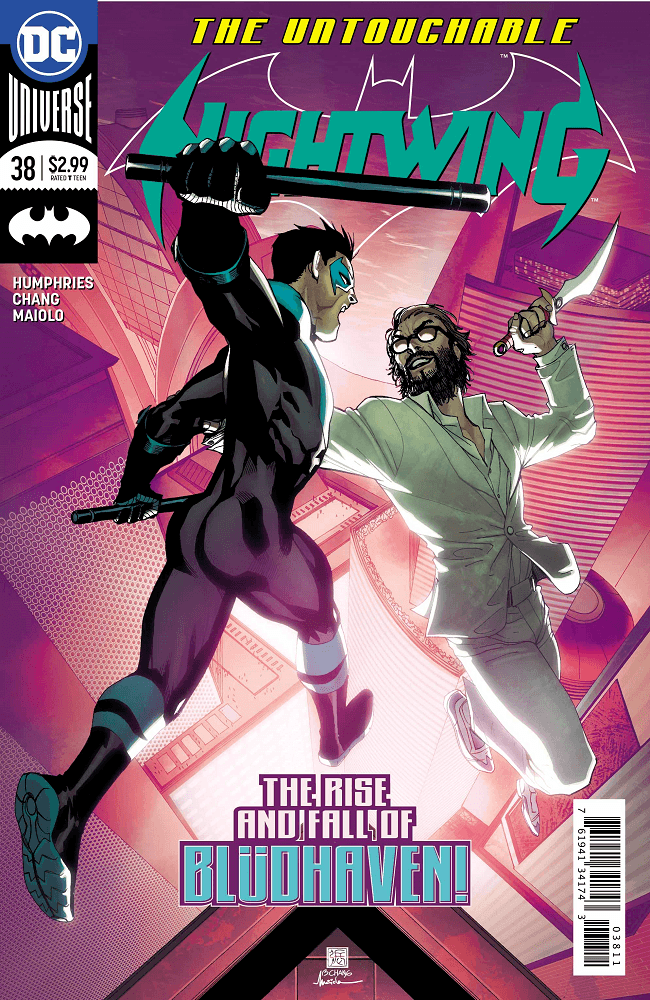 It’s been a long road, y’all. We went from bombastic, errant vigilante Nightwing to film noir, street level superhero Nightwing. It’s been a different take, a slower burn. And four issues in, I am finally beginning to become intrigued by the Judge and how his existence reflects on Nightwing. I’m still not sold on him entirely, but as we finally see the pieces fall into place with more clarity than ever before, my head was nodding now that the façade was demystified.

Blüdhaven has never felt more like its own city and character than under Chang’s art and Maiolo’s colors. They capture the realities of living near the coast line, the dreary atmosphere of the stormy docks. They capture the glamor of the casino and the bustling lights of the city. Nightwing paradoxically blends in and stands out in these two extremes. The film noir aesthetic the creative team has been cultivating has been perfected in this issue. 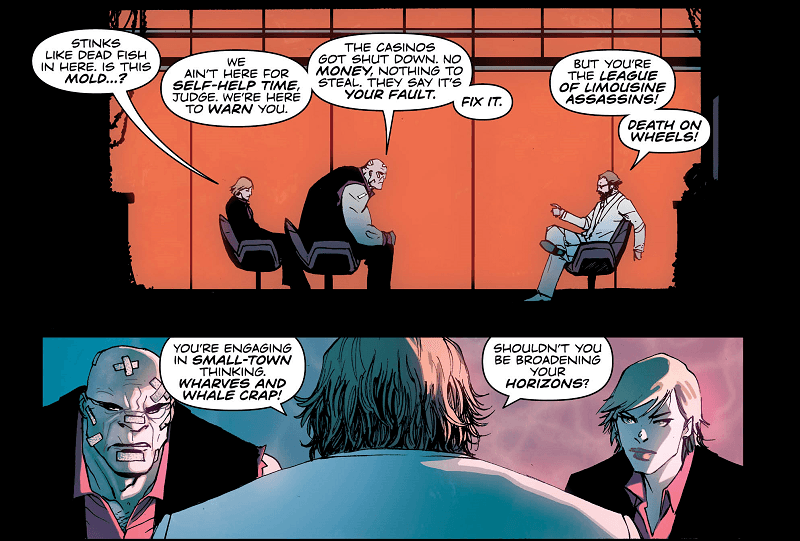 Humphries takes full advantage of the beautiful artwork. In Nightwing #37, we saw a side of Nightwing’s origins that fleshed out the character. And in this issue, we see how that darkness drives him in a different way than his mentor. We see Nightwing at odds with a cynical society and him struggling to be a paragon of justice in a city where its literal Justice Tree is having a rough season. And while I wish Nightwing interacted more with other characters, his few interactions with Guppy in the opening act and a few select others really differentiate him from all of the other members of the Batfamily. He is devilishly charismatic, and Humphries absolutely nails the inner monologue. It’s a grittier version of the character, but is still true to the character.

The last few pages make me really excited for the inevitable showdown between Nightwing and the Judge. The Rise and Fall of Blüdhaven has clarified the trajectory of the arc, and for that I’m thankful.