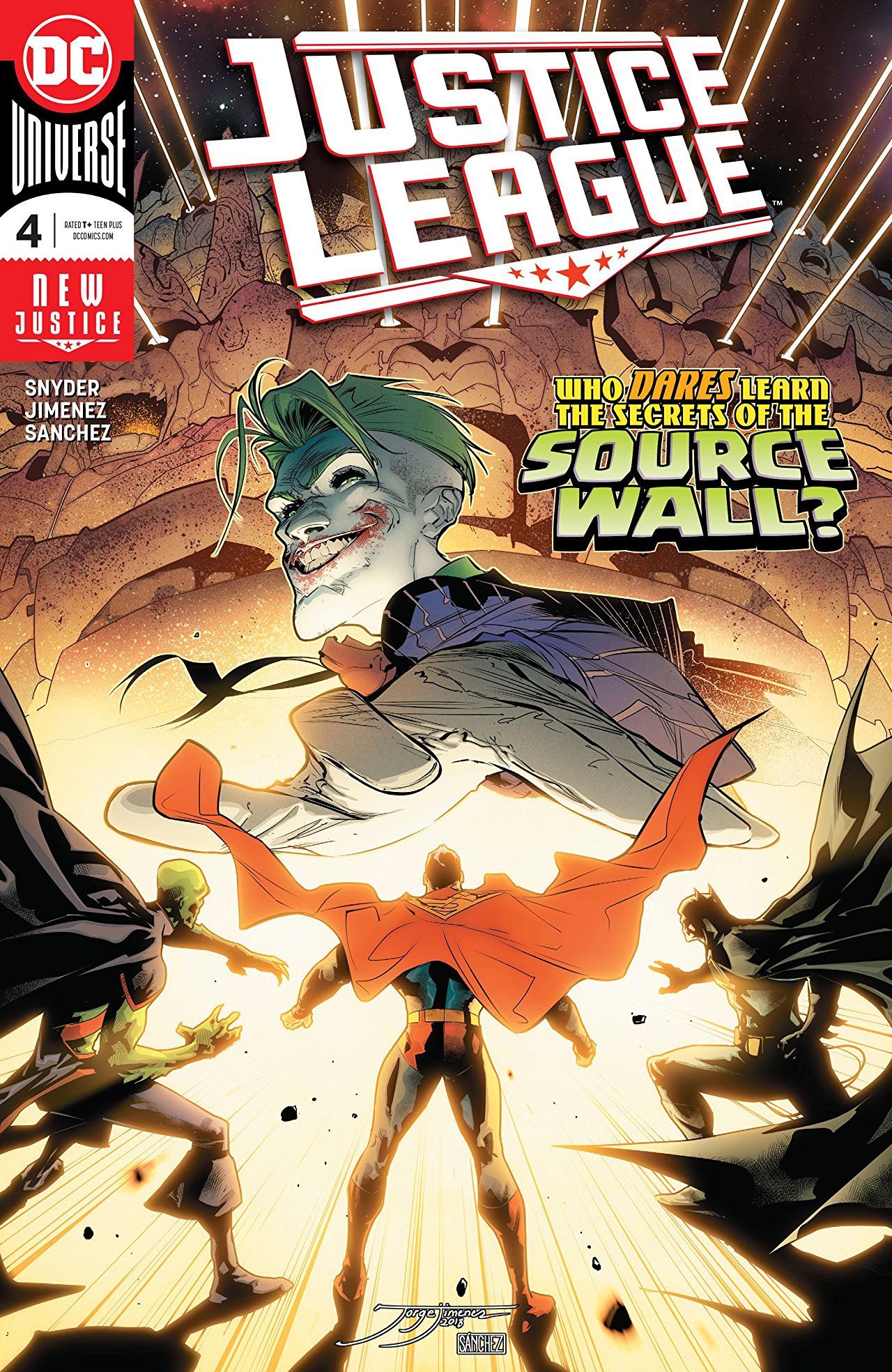 Balance. That’s the key to writing a series of this magnitude. With such a rich cast of characters everyone needs to feel represented, yet distinct. Balance is what allows us to see the full picture: the conflict, the individual perspectives, and the scope of the story. Without the level of stability that Snyder weaves into this book, everything would buckle under its own weight. Instead, we get a solid foundation of characters and perspectives that lean on each other to make an even stronger system. If what I’m saying doesn’t make any sense, let me quote the great modern philosopher Kelvin Peña by saying in Justice League, everybody eats.

Since Snyder split the cast up into microgroups, everyone has gotten moments to shine. This way, the characters all have moments that either progress or stall the plot. Splitting the team up also rations out the agency. This wouldn’t be half as easy if the group was still intact. In that scenario, some characters might have nothing to do but stand in the background. 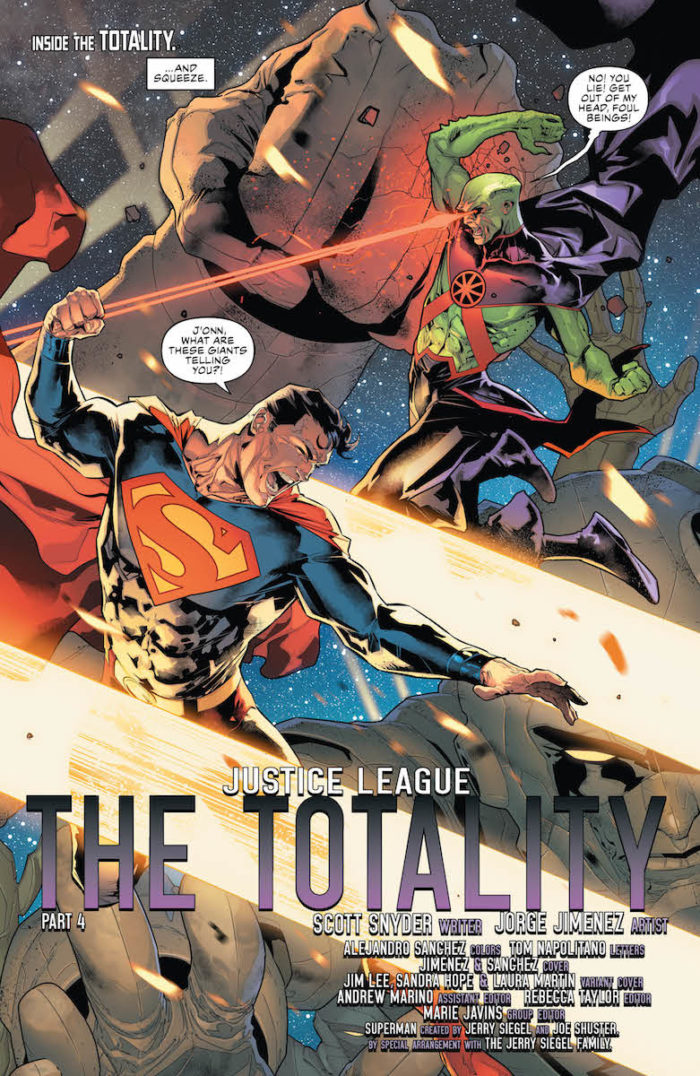 In issue #4, the League kinda gets their collective asses handed to them. Luthor and Legion of Doom have revealed themselves, and the League is on their heels. Snyder does a good job of unwrapping his conflict. Slowly but surely, things are revealed…never enough that you can figure it out, but just enough to keep you involved. So even though the LoD is whoopin’ ass, we still don’t know what their endgame is. The League just couldn’t catch a break this issue. They were bested at every turn. After 3 issues of set-up for the Legion of Doom, it was a good payoff.

Narratively, as the perspective shifts we get some insight into Grodd’s past. The omniscient narrator now speaks on the gorilla’s behalf. Sometimes narration can get in the way of good storytelling, as it ‘tells’ when the comic book medium is built to ‘show’. Here, Snyder’s narration is used as a tool rather than a way to cut corners. It’s one of my favorite things about this book. The choice adds an uneasy perspective to the story, and your only option is to follow along.

A visual highlight of this issue was, without a doubt, Gorilla Grodd with a baby strapped to his torso. Resembling a reluctant father left alone with his son for five minutes, this really speaks to the absurdity that this comic taps into. An image like that is both funny and, in the right context, pretty epic. In this issue’s case, it’s integral to the plot.

Justice League #4 displays the book’s balance as more characters are explored without sacrificing the other things that make this series work so well. If we’ve learned anything other than the fact that Snyder is reaching for GOAT status with this book — it’s that Justice League is a model of consistency.

9.5 Heartbreaking Manhunter flashbacks out of 10.