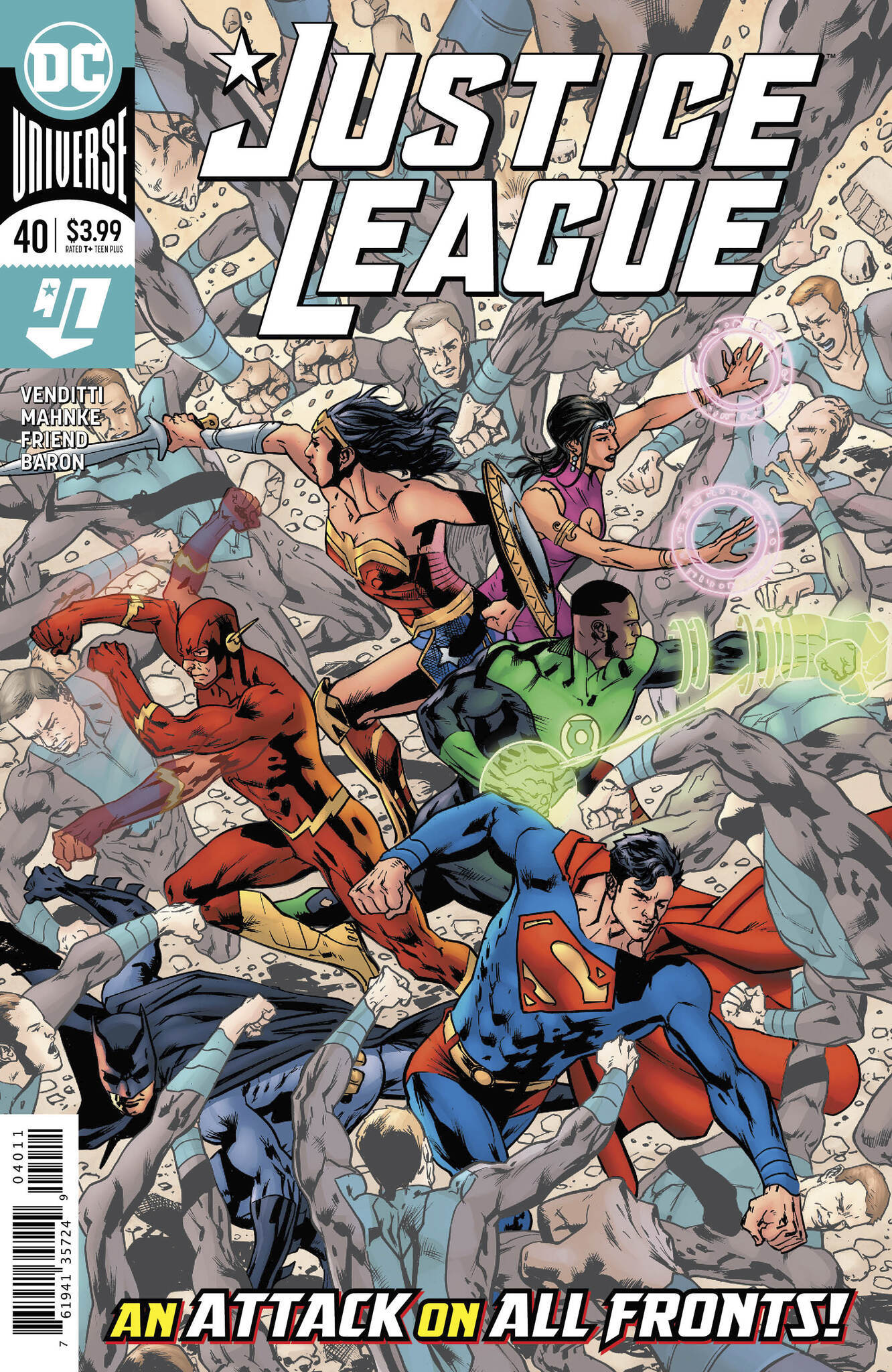 Justice League #40 is a new beginning for Earth’s premiere superhero team. New creative team. Same roster of heroes, with a few notable exceptions in Hawkgirl and Martian Manhunter. This new direction for the team has them facing the Eradicator and his Daxamite army as they arrive to conquer Earth.

It’s interesting that the book didn’t start over at #1. It doesn’t (at least not yet) seem like this book is going to follow any of the things that Snyder and Co. built up over the past two years. Other than the roster that’s stayed relatively the same, it doesn’t have much that tethers it to anything continuity wise. So, in an age where it feels like publishers will set a book at #1 at the blink of an eye, it’s a bit odd that this one didn’t do that.

That’s not to say that this story isn’t good, though. I enjoyed what I read even if I was trying to do some mental jogging and figure out how all of this connects to things. Once I stopped doing that, I was able to just take things at face value.

The story is already so different than what we’ve grown accustomed to. It’s kind of like a return to form for a Justice League book. The stakes are still big, and they’re still personal. But they aren’t nearly as balls to the wall as the story that Snyder was telling. This feels like the Justice League of old. 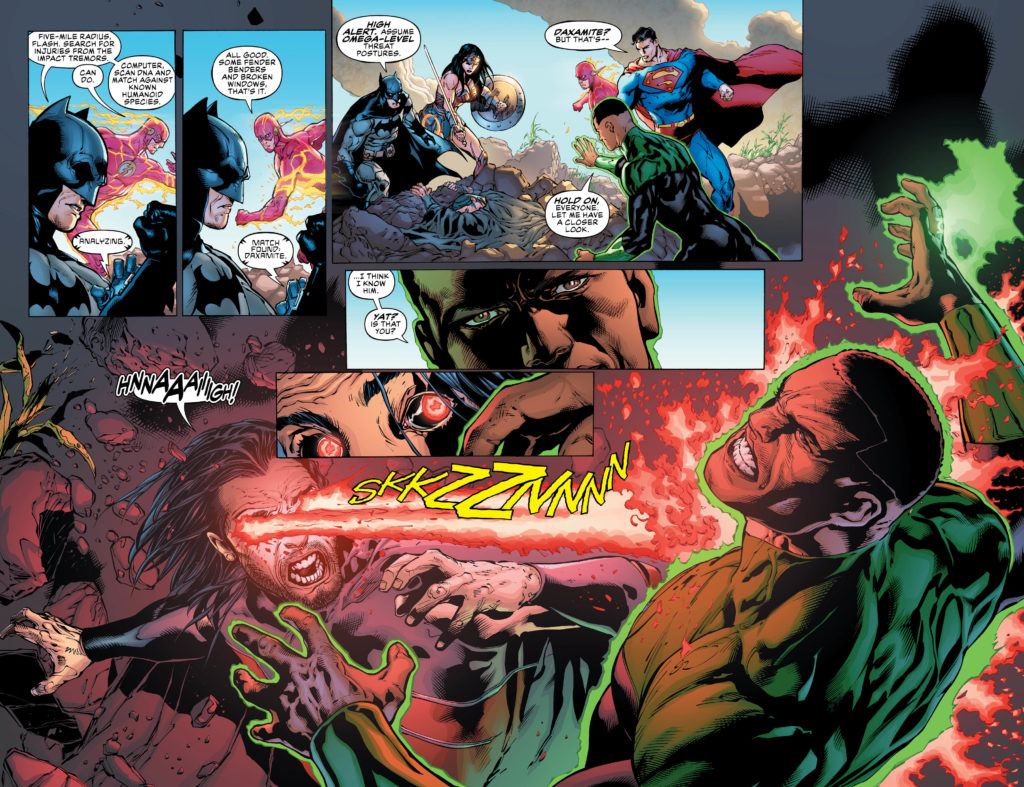 What I really enjoyed about Vendetti’s take is that this team feels a lot more equal than other versions. You can tell everyone respects each other. No one is barking orders, and no one particularly feels any more in charge than anyone else. They all respect each other’s boundaries and opinions. It was a fresh take that I didn’t know I was looking for, but I appreciate it.

This is shaping up to be a Superman centered arc, which is fine. But it is a little unfortunate after having a book place lesser used characters like Martian Manhunter and Hawkgirl front and center, while the trinity took a back seat. In issue #40, both of them are gone, and it’s yet to be seen if they’re going to be a part of this team going forward or not. We do get some Madame Xanadu action, though. Can’t go wrong with that.

Doug Mahnke is on art, and I think it’s what really sells the book for me so far. His lines are so clean that they washed my dirty laundry. I do like the approach, though. Richard Friend and David Baron are the inker and colorist respectively. I really love what Baron is doing with the colors. He’s got this blur effect on the Flash that really sets him apart from everyone else. It’s really nice to look at.

If you’re looking for any type of continuation to Scott Snyder’s Justice League, the answer might be with this. He and Greg Capullo are back on the track together, and it looks like they’re gonna be pulling that thread that started with Dark Nights: Metal, through No Justice and Justice League, into a new story altogether. Not sure if it’s going to tie into Vendetti and Mahnke’s book, though. I guess we’ll see.

Justice League #40 debuts with a new creative team, new approach, and new conflict. The League faces the Eradicator and his Daxamite army as they look to conquer Earth and put the smackdown on our favorite Kryptonian.

8 Crash-Landing Daxamites out of 10