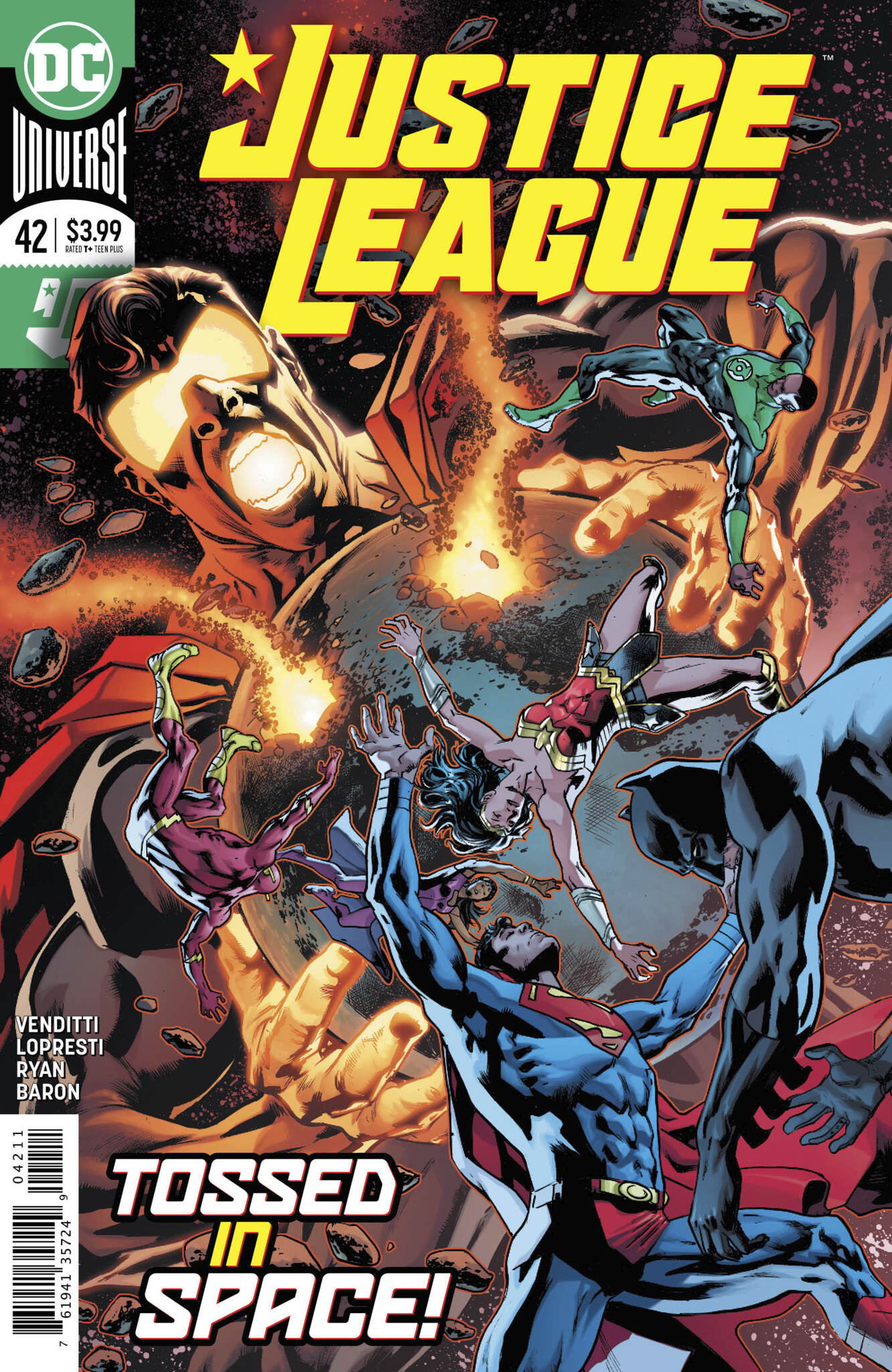 Justice League #42 continues the Eradicator’s beatdown on the League.

An overpowered Eradicator is one thing, but some super soaked Daxamites just as powerful as Superman is a whole other level altogether. That’s what the Justice League is facing.

The Eradicator wants to claim Earth as the new home for Kryptonians and their Daxamite descendants, as the yellow sun provides them with far more strength than they would have anywhere else. They also get to take out Superman, who they feel is a weak representative of Kryptonian culture. 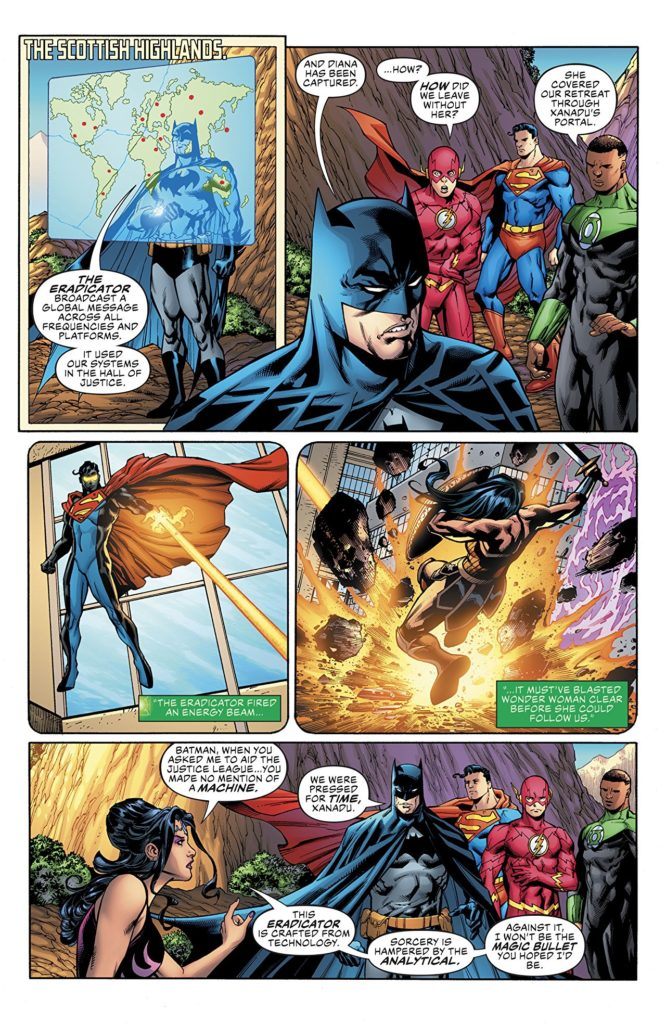 In this issue, the team is flat out getting their ass kicked with no end in sight. But they have a plan to trick the Eradicator and the Daxamites into a situation that might even the playing field.

The story in this book is very different than the one that Scott Snyder and his buds were telling. It’s not as ambitious, and it feels familiar. But what I do enjoy is that the team feels authentic. Every single hero makes decisions that feel unique to their character.

As much as I loved Scott Snyder’s run, I can tell that at times it was hard to justify not having Superman or Batman leading the team. Even though I loved that he gave the reigns to Martian Manhunter, sometimes he still felt a bit underused.

Vendetti’s run doesn’t try to make anyone a clear leader. They’re all leaders in their own right and they don’t have to look for anyone’s approval before they take action on something. And hell, if anyone is the leader, it’s my boy John Stewart. He’s the one whose been constantly holding everyone accountable. We stan a John Stewart with agency.

In this issue, Batman made a decision without running it by the rest of the team, as Batman does. Green Lantern took exception to this, but at the end of the day, it was the right call to make, and it ended up helping them out. This may seem like a super simple thing to notice, but it really does make a difference in making this team actually feel like a collective of individuals from different backgrounds.

I enjoyed Lopresti’s presence this issue. His page layouts and unique perspectives go a long way into making tense moments hold their own weight. And his actions scenes with the Eradicator specifically really drive home how overpowered he is.

In Justice League #42 the Eradicator and his Daxamite army continue to reign supreme over the Justice League, but a new plan promises to turn the tide over in the good guys’ favor.

8 Batman Contingency Plans out of 10