Now that’s what I’m talking about! Justice League got back to that murda muzik this month as we pick up where last issue left off, with Superman being an overpowered jerk. Of course that leads to him squaring off with Wonder Woman, and that interaction comes across earnest and entertaining. What works in this particular issue, honestly, is just about everything. We have been waiting for our League members to make their way back into the main thrust of the book. 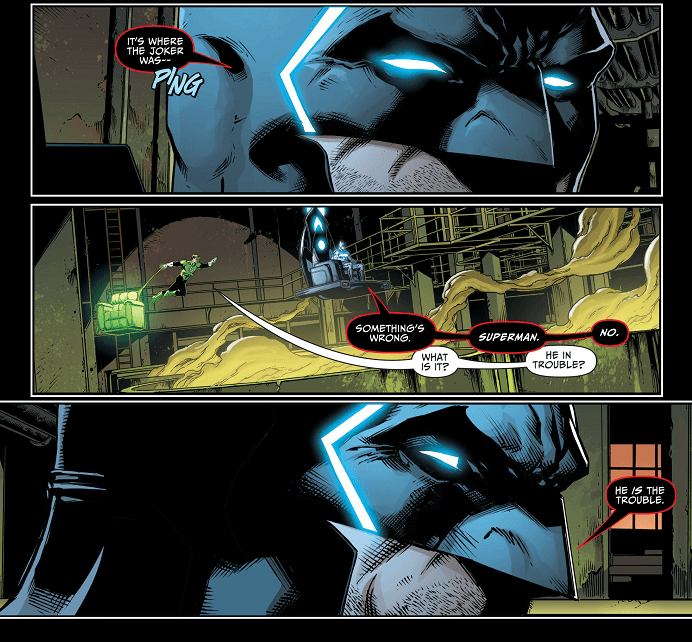 [divider type=”space_thin”]
Johns nails the interactions between the members, especially with Batman and Green Lantern. But the supplemental characters are much more intersting in this issue as well. The story involving the Crime Syndicate, Power Ring, Cyborg and the others takes over the second half of the book and sets the story up to go in an even more ambitious direction than it already was.

What also shines is the fact that Fabok is back after a short break. I’ve spoken before about how I love him drawing Wonder Woman, but his the Crime Syndicate characters are outstanding here as well with the right amount of malice and darkness. Overall, the visual storytelling of this book works exceptionally well, even with so much going on. 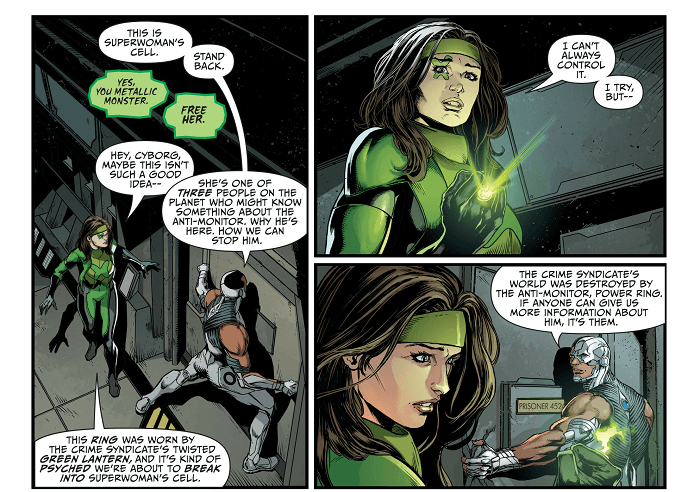 After a couple of slower weeks of set up and exploration of some of the B characters, this issue comes back with a lot of movement and intrigue in the story. And the return of one of the best artists on DC’s roster doesn’t hurt.