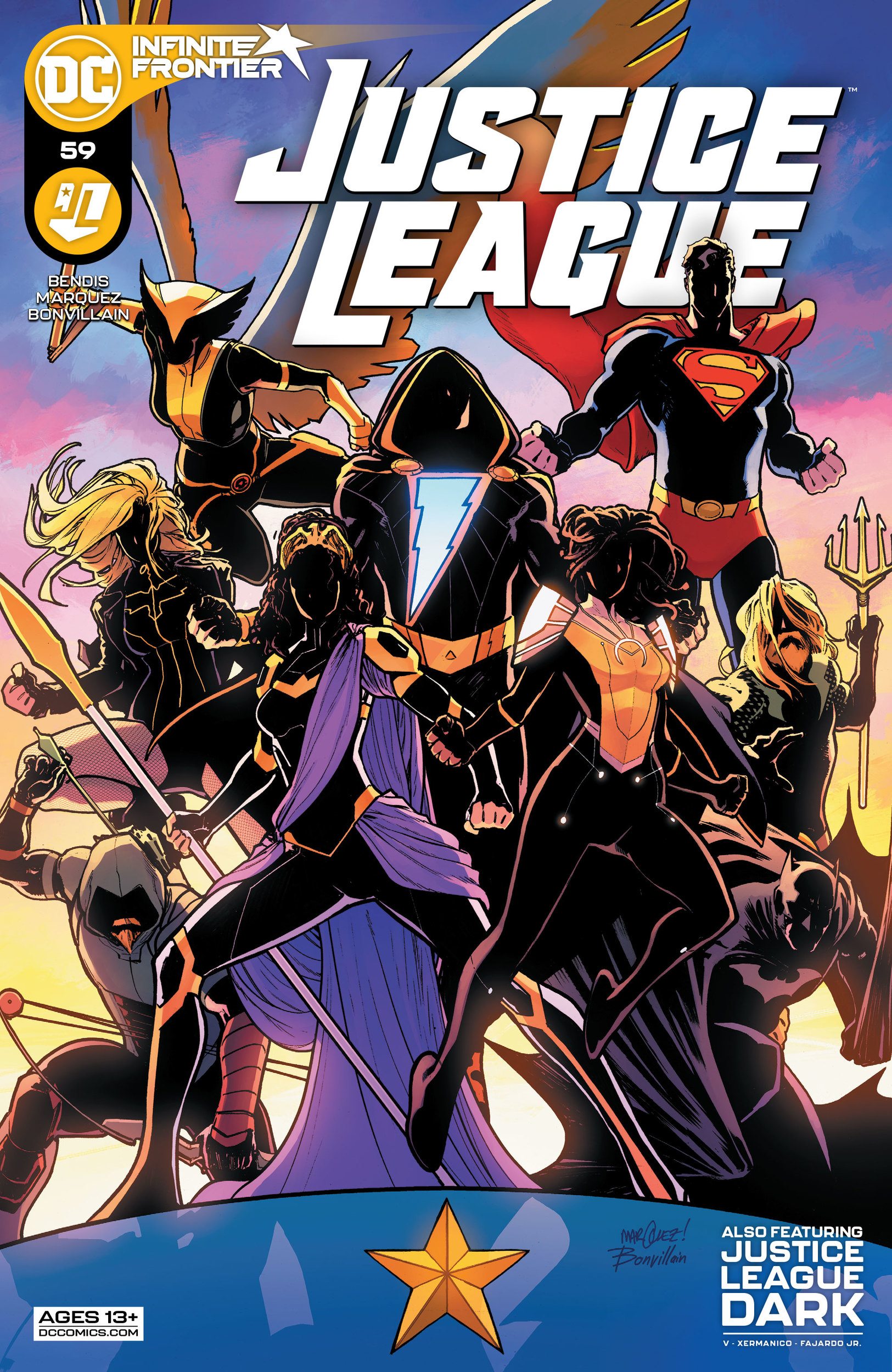 That’s why this Justice League book hasn’t started over at #1 even though it has a new creative team.

This first issue centers on the Justice League as they fight Brutus, an alien with no known origin. It partners them with Black Adam as they try and figure out where Brutus comes from and why he’s currently on Earth. All they can find out is that he shares a similar DNA signature with Naomi, one of DC’s newest heroes who originates from another planet.

This was a solid debut for Bendis on this book. The intrigue is there, and he’s always been pretty good at balancing a weighted cast of characters. I’m not completely sold on the team, though. I love that Naomi seems to be a centerpiece, but the rest of the team is a little… bland. There’s nothing wrong with them, but I guess for me it’s hard to follow when Scott Snyder had a really well-balanced team from power set to diversity. That’s a little lacking for me in this book so far.

But that might be the point. Green Arrow and Superman share some dialogue about how they can make the League better, and Green Arrow thinks part of that is opening things up for newer and younger voices on the team. So, let’s hope it doesn’t end up just being Naomi.

Marquez is doing the damn thing on the art in this book. From the tight action to the varied intricate panel layout, you will have a good time looking at these scenes play out.

In a short at the end of the issue, we are given a Justice League Dark story centered around Merlin as he returns to this plane with a vengeance. In short, my dude is coming for every magic user’s neck. Keep your head in a swivel.

Bendis’ Justice League debut is a solid start for what promises to be an interesting take on the flagship DC team.