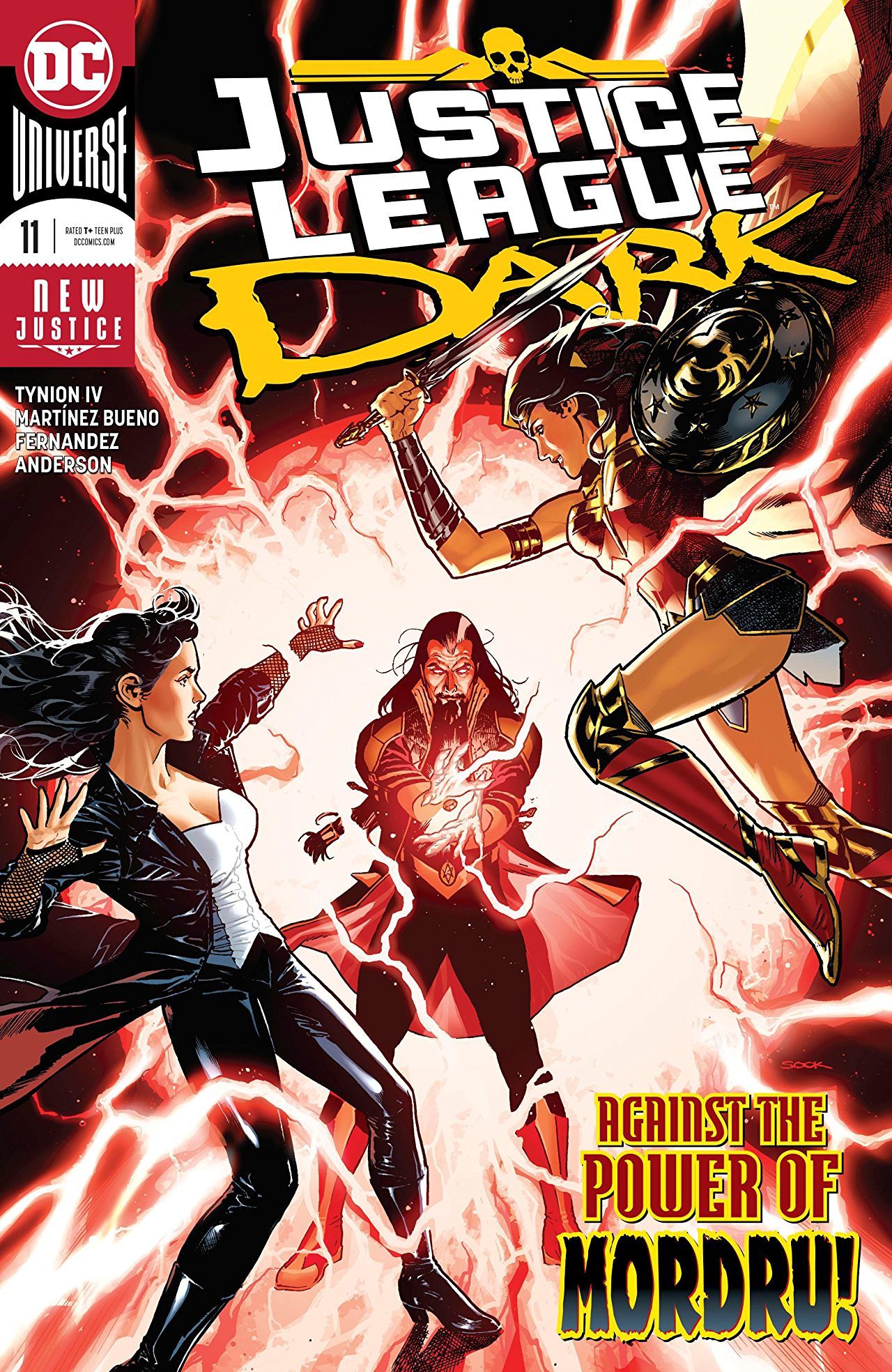 We have preconceptions of what good, evil, lawfulness, and chaos look like. We have codified alignments charts based on these preconceptions, and more importantly we have made it a point to distinguish the different between good and evil, between lawfulness and chaos. And in the DC Universe, the Dr. Fate is supposed to be the embodiment of Lawful Good fighting for order against the Chaotic Evil Lords of Chaos. But Tynion IV is clever. Tynion IV knows that Dr. Fate is not inherently good, he is in fact inherently lawful, and thus the continual escalation of the latest arc of Justice League Dark continues to be an enthralling narrative.

With the Lords of Order ultimatum in place, the majority of the Justice League Dark is attempting to survive the onslaught while Zatanna and Wonder Woman work on their own little side quest to find their own solution to the imminent threat. The two focal plots bounce back and forth in a briskly paced interwoven narrative. Tynion IV has a deft hand when it comes to juggling the A and B plots of his book, and Justice League Dark #11 is no exception. Diana and Zatanna do a brilliant cloak and dagger impression at a magical bar owned by Mordru, as Detective Chimp tries to keep his cohort alive throughout the “grace” period the Lords of Order have granted. Tynion IV knows exactly how to pivot and make sure that each group gets their own moments to shine in equal measure, and that consistency is a strength of the title. 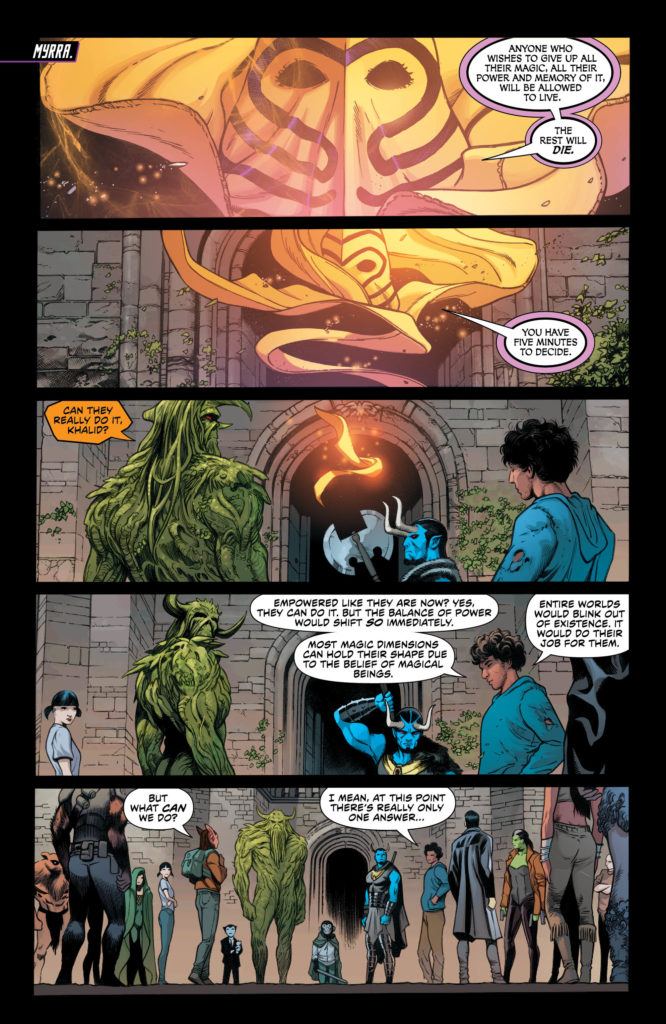 Yet the entire narrative hinges on Martínez Bueno’s brilliant artistry. The mixed fantasy tones of the series are entirely contingent on Martínez Bueno’s ability to distinguish each of the magic users and magical settings of the story, and when highlighted by Anderson’s colors, the book is able to maintain two very different tones in parallel. The art truly magnifies Tynion IV’s darkness.

Justice League Dark’s “Lords of Order” has been exceedingly consistent. The creative team is producing an intriguing story that pushes against all previous preconceptions and creates a chilling atmosphere. It’s all been a very exciting preamble, and I’m excited to see the grand finale.