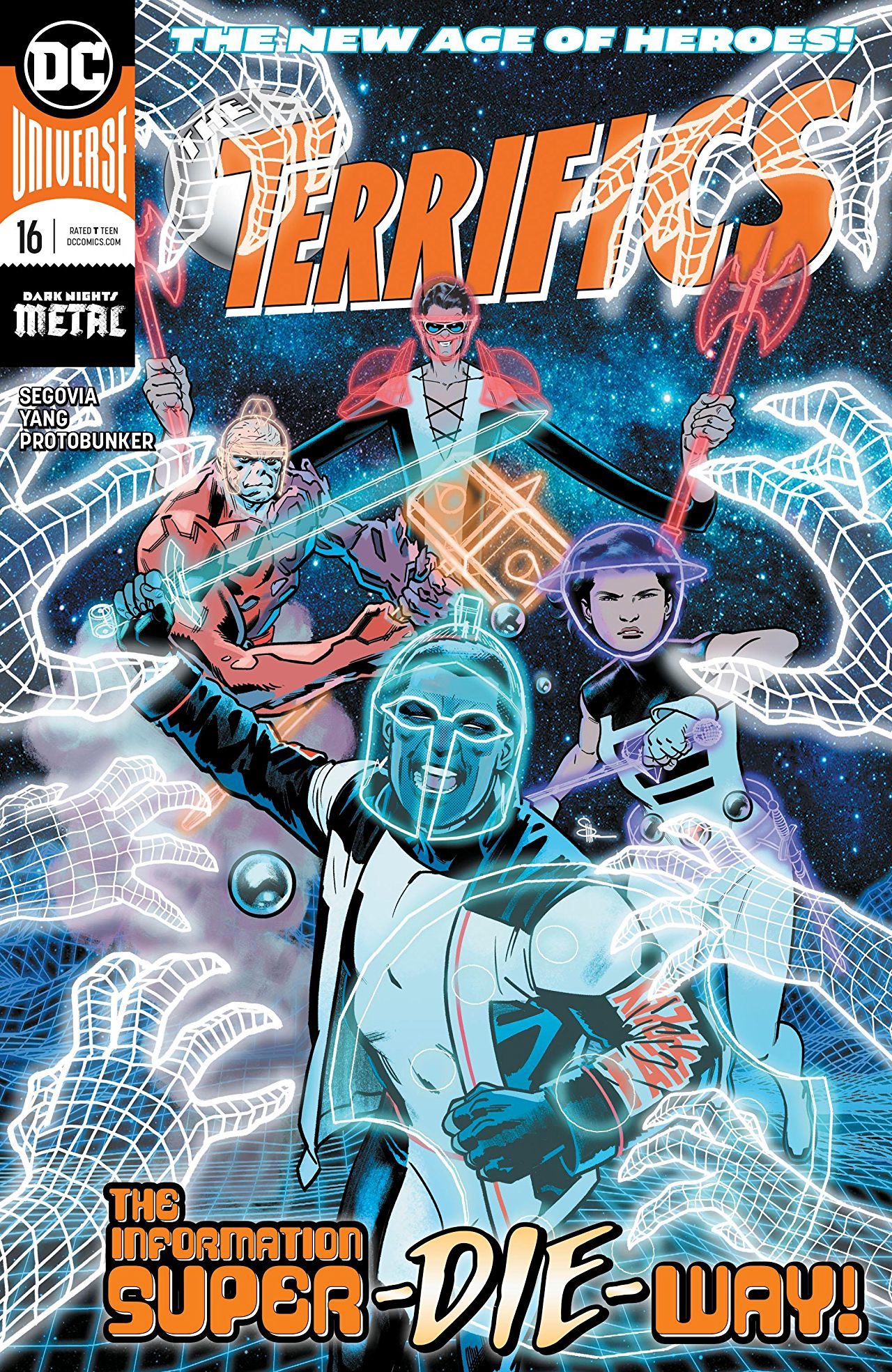 Out of all of the things that I’m a sucker for, “characters getting sucked into a video game” is definitely high up on my list especially when it comes to superheroes. The prologue that was The Terrifics #15 has placed our favorite found family on the Information Super-DIE-way and what follows is a joyful jaunt that memorializes the arcade game experience.

With Stagg Industries suffering biblical plagues and some sort of digital security lapse verging onto hyper realistic simulations, the Terrifics are thrust into a RPG-esque beat’em up with very little understanding about the exact circumstances of their new environment and slowly piece together the new rules. By any measure, it’s a little bit ridiculous but Yang and Segovia sell the story brilliantly.

Yang has such a finely tuned voice for both the dramatic and comedic. He understands the principle characters and gives them strong dialog that captures their established character and crafts sensible reactions to the absurdist scenario of a live-action video game challenging a team of superheroes. The tropey quips that come with the genre generate hearty laughs, and the personable moments (mostly coming from the relationship between Michael and Paula) are sweet and sincere. It feels like Yang has been writing these characters for years and he blends all of the camp and sci-fi drama in his dialog and narrative. 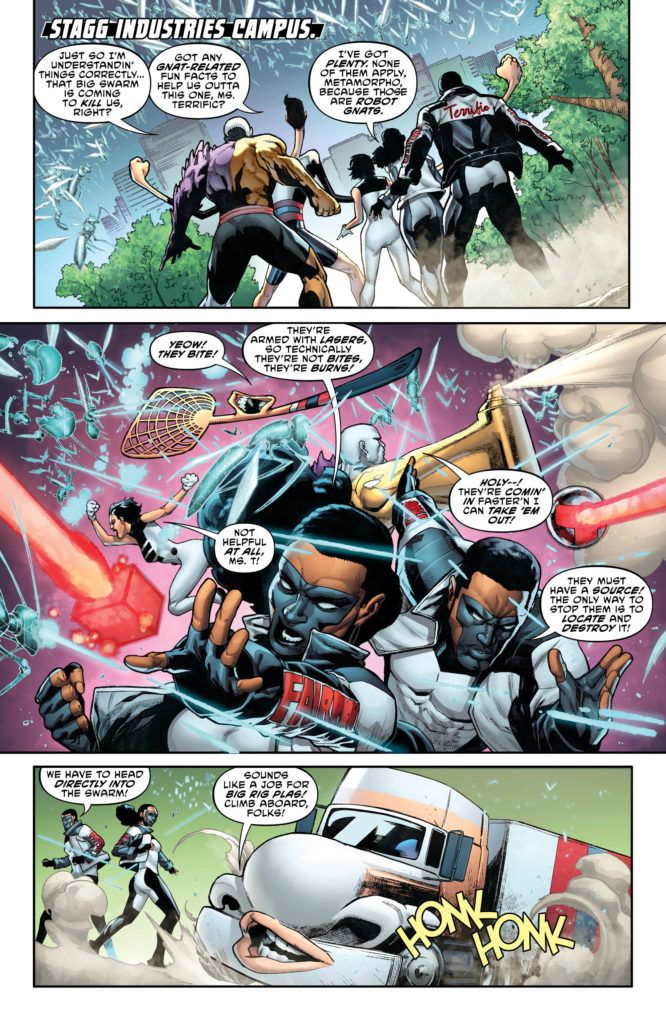 Meanwhile, Segovia is doing so many fantastic things with the art. His depiction of the Terrifics remains impeccable, but truly the selling point of this particular issue are the Tron-esque digital effects and neon armor that the team adorns. Segovia has shown us his mastery of superheroes and sci-fi in previous issues, but The Terrifics #16 lets him veer a little deeper into the cyberpunk and fantasy, and its vibrancy is an equal allure of the book.

All in all, The Terrifics #16 continues to reinvigorate the series. Yang and Segovia have thrown these lovable misfits in to a less cosmic, more personal adventure and only two issues in, they have built considerable momentum and this one feels special.