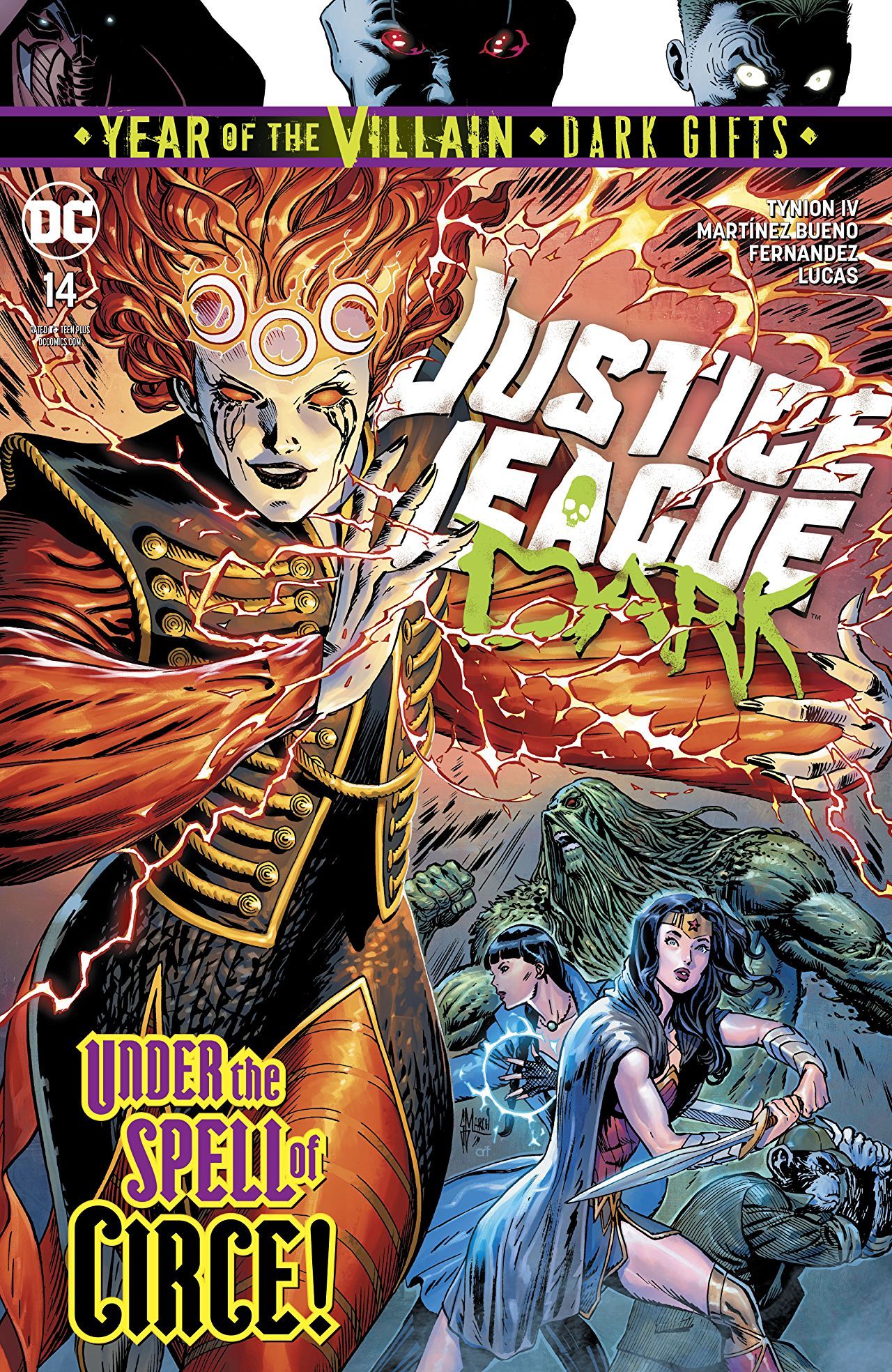 The true strength of Justice League Dark is that it constantly redefines the rules of the magical conflict, while consciously folding prior elements back into the fold effortlessly. It’s the mark of a tightly constructed narrative where the focus shutters for a moment in order to provide greater clarity. From the assembly of the Justice League Dark in response to the Otherkind to the Witching Mark to Myrra to the Lords of Order, every issue gives just enough new context to challenge our preconceptions as well as the heroes.

And this fits Justice League Dark largely because the series itself re-contextualizes the very nature of magic within the DC Universe. Between all of the space and the science, Tynion IV constantly reminds us about the primal nature of magic, the imagination of humanity, and its intrinsic capability for grand, morally agnostic acts. And he does so poetically. The opening narration of Justice League Dark #14 evokes a genuine mystique that preludes all of the madness that is to comes and it’s terribly exciting, especially with Wonder Woman being the impetus for a lot of the action. 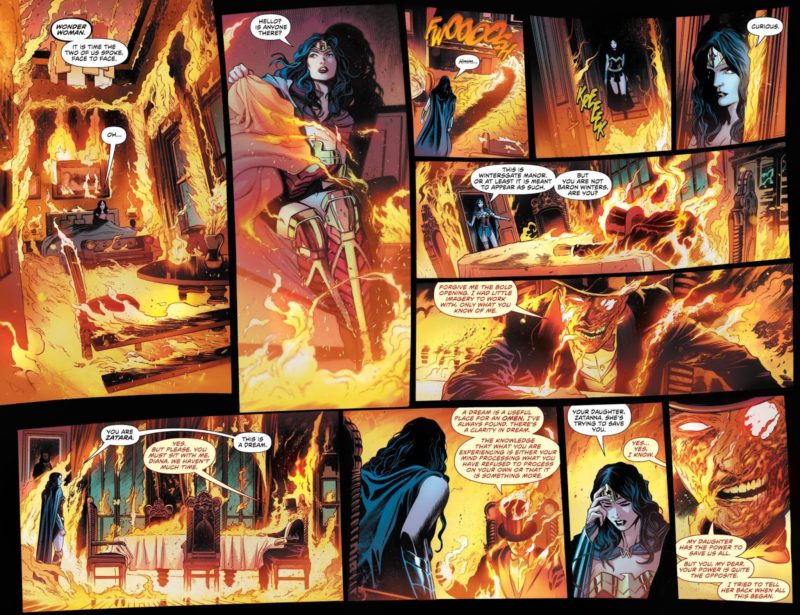 And with Martínez Bueno back on pencils, you know the artwork is absolutely gorgeous. Martínez Bueno remains one of the gold standards for reinterpreting superheroics with horror elements, and the artistry remains top-notch. There isn’t a lot of fighting in this issue, but there is a wonderful wealth of surreal scenery and a pastiche of unique characters that all culminate in a visually enticing issue.

The start of “The Witching War” is largely focused on reframing the last thirteen issues, and by the end of the issue, we’re ready for a full out brawl. Tynion IV and Martínez Bueno continue to tantalize and dazzle the storytelling senses and the end result speaks for itself. The series is without a doubt magical and deserves to be caught up.