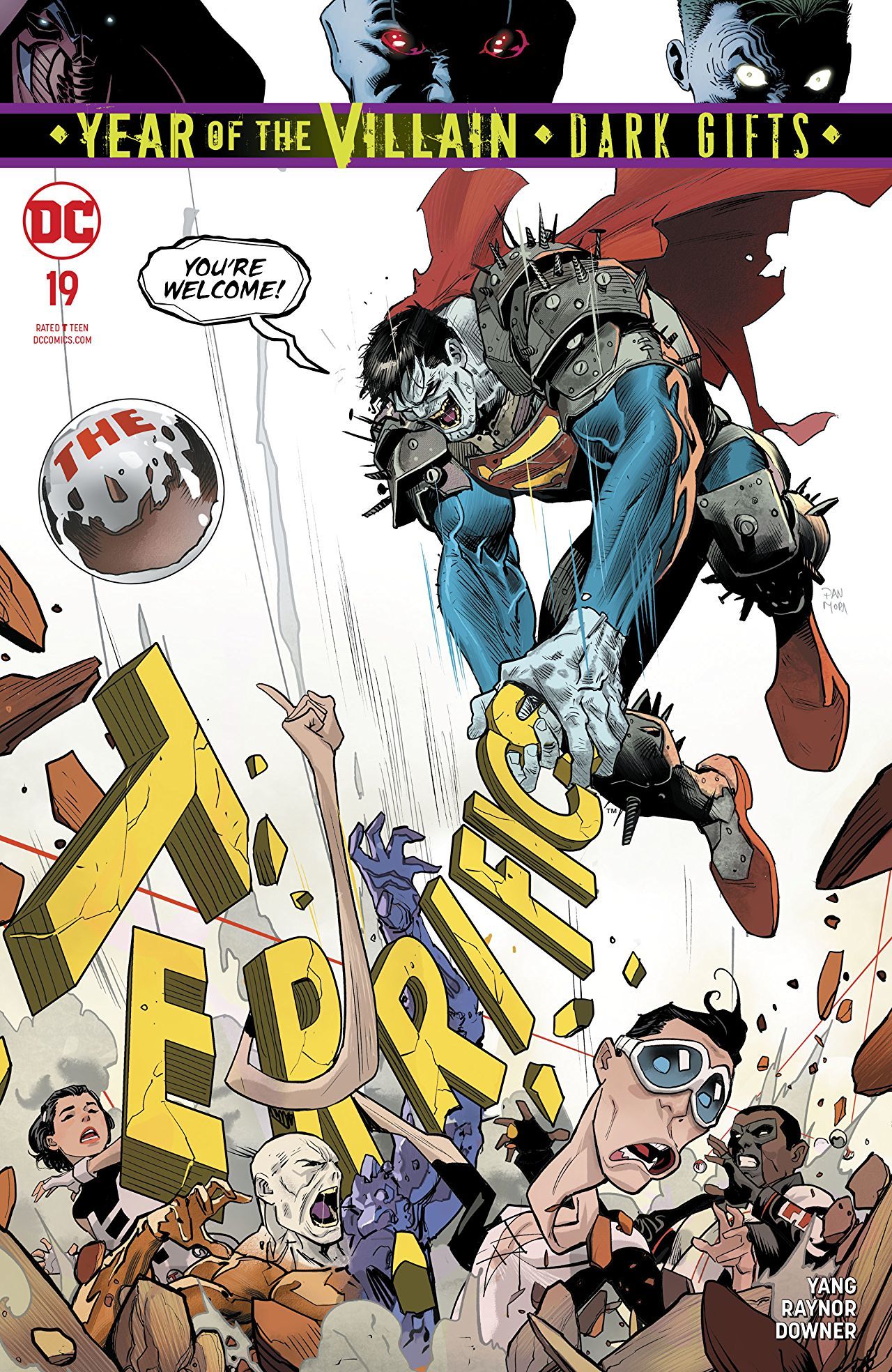 The true charm of The Terrifics is directly proportional to how weird and bizarre their adventures and adversaries are. So, in true Terrifics’ fashion, the Year of the Villain introduces the original weirdo, Bizarro, into the mix. And not just any Bizarro mind you (because, let’s be honest there are a least a few floating around the Multiverse these days), but the Bizarro by any indication from Tomasi’s Superman, which you may know that I have a huge soft spot for. All of this to say, Yang and Raynor are swinging for the fences with this latest arc and while the titular team doesn’t factor too heavily into this issue, the worldbuilding and promises of what is to come is more than enough to satiate the reader who loves the oddball antics of the series.

Out of all of the “Year of the Villain – Dark Gifts” premises, Yang’s prompt is certainly the most ridiculous, but in that same vein it’s also the most fun I’ve had reading a comic. Yang’s playfulness with Earth-29 and the weird Bizzaro-linguistic patterns and all of the wack turns of phrasing in a world that feels very much like the fun house mirror world Bizarro universe should occupy. The “Man of Yesterday” is every bit as brutish and oblivious as ever, but Yang manages to instill a sense of sadness and tragedy with the character’s recapped backstory and general motivation to the inciting events near the end of the issue. Yang has fun with the Rogue Gallery of Rusty Metallo, Broken Toyman, and Beneficial Parasite, and messing with the history of Htrae and it’s a trip and a half to read, but it works incredibly well. 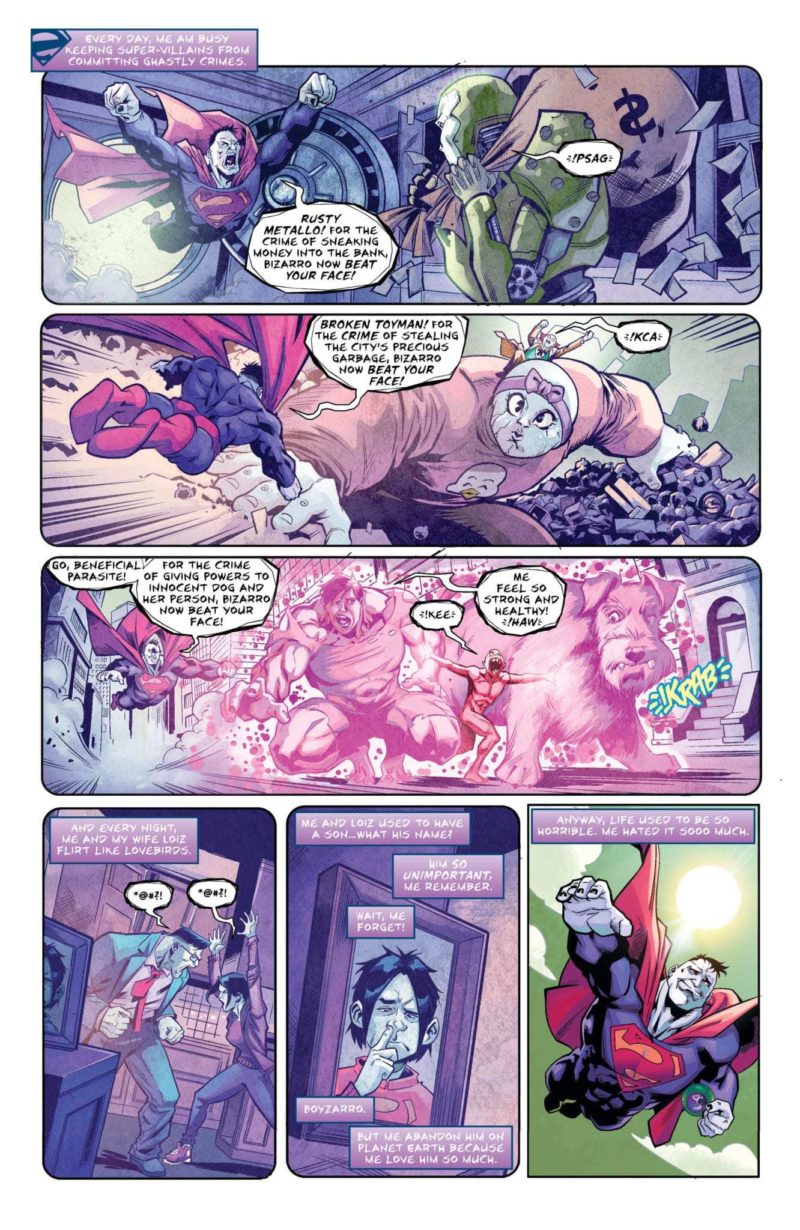 Yang isn’t the only one who gets to have fun in the sandbox though. Raynor absolutely sells the innumerable antics and improbabilities of Bizarro and Htrae. The inverted and warped character design have a twisted, gleeful glow about them, and bright pastel colors of the world make everything pop just a little bit more. You can get caught up in all the details that Raynor added to flesh out all of the aspects of the world, and the end result is just a lot fun, with a healthy dose of menace sprinkled here and there.

This type of unexpected situation is the bread and butter of The Terrifics, and The Terrifics #19 embraces the sheer oddness of Lex Luthor’s machinations to the fullest. Yang and Raynor clearly had so much fun developing this comic and you can feel that joy permeate throughout the page.