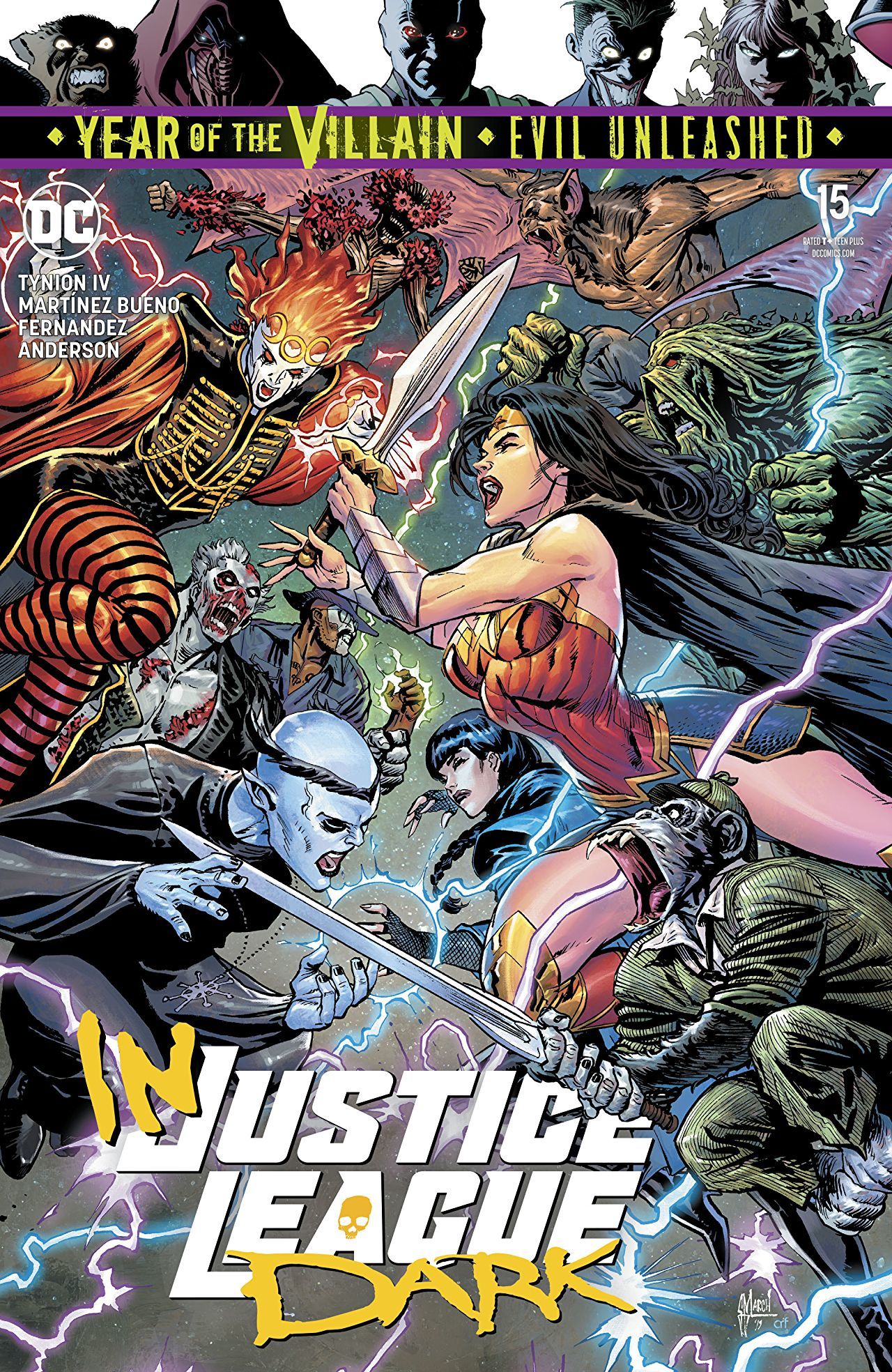 Justice League Dark #15 feels like the start of a crescendo to close out the Justice League Dark’s saga. Tynion IV and Martínez Bueno have worked diligently since the start of the series to layer a beautifully scripted, hauntingly gorgeous narrative about the darker side of the DC Universe. We have seen the corners where the nightmares inhabit, good people driven to dastardly means, and heroes attempting not to be burdened by the treacherous path they have to take. It has made for memorable moments, and as “The Witching War” continues in earnest, you can’t help but be excited to see everything start paying out in spades. We’ve had smaller moments, but this feels like the final culmination of all the magic the series has been incubating.

This is very much a calm before the storm type issue. Tynion IV continues to employ a vignette-esque structure to fully convey the expansive scope. Martínez Bueno with Fernandez’s inks and Anderson’s colors create striking differences between different set pieces and character interactions, such that each page turn feels like a transition in a movie. The contrast between dreary and lively locales punctuates the scale of the Witching War perfectly and maintains the high standards of superheroic horror this series has essentially perfected during its run. 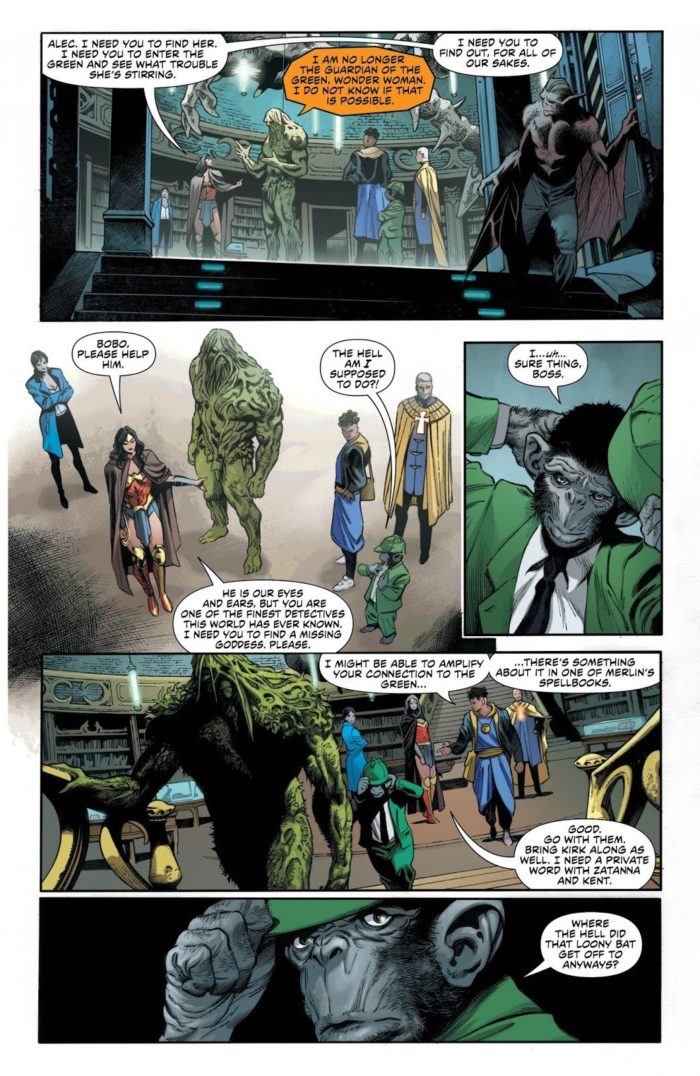 Furthermore, all of the principle characters of the Justice League Dark all get iconic moments through the issue, a difficult task within the twenty-page confines. But Tynion IV just has this knack of distilling key moments where even a single page is enough to telegraph the trajectory of that particular character’s arc, and several pages manage to evoke a sense of awe and terror as each revelation occurs.

At the core of this series is a reverence for the dark fantasy and the vastness of magic. Tynion IV and Martínez Bueno have crafted an intricate tapestry that has given us a peek into the proverbial coffers, and I remain excited to see the next issue and the results of the coming storm.