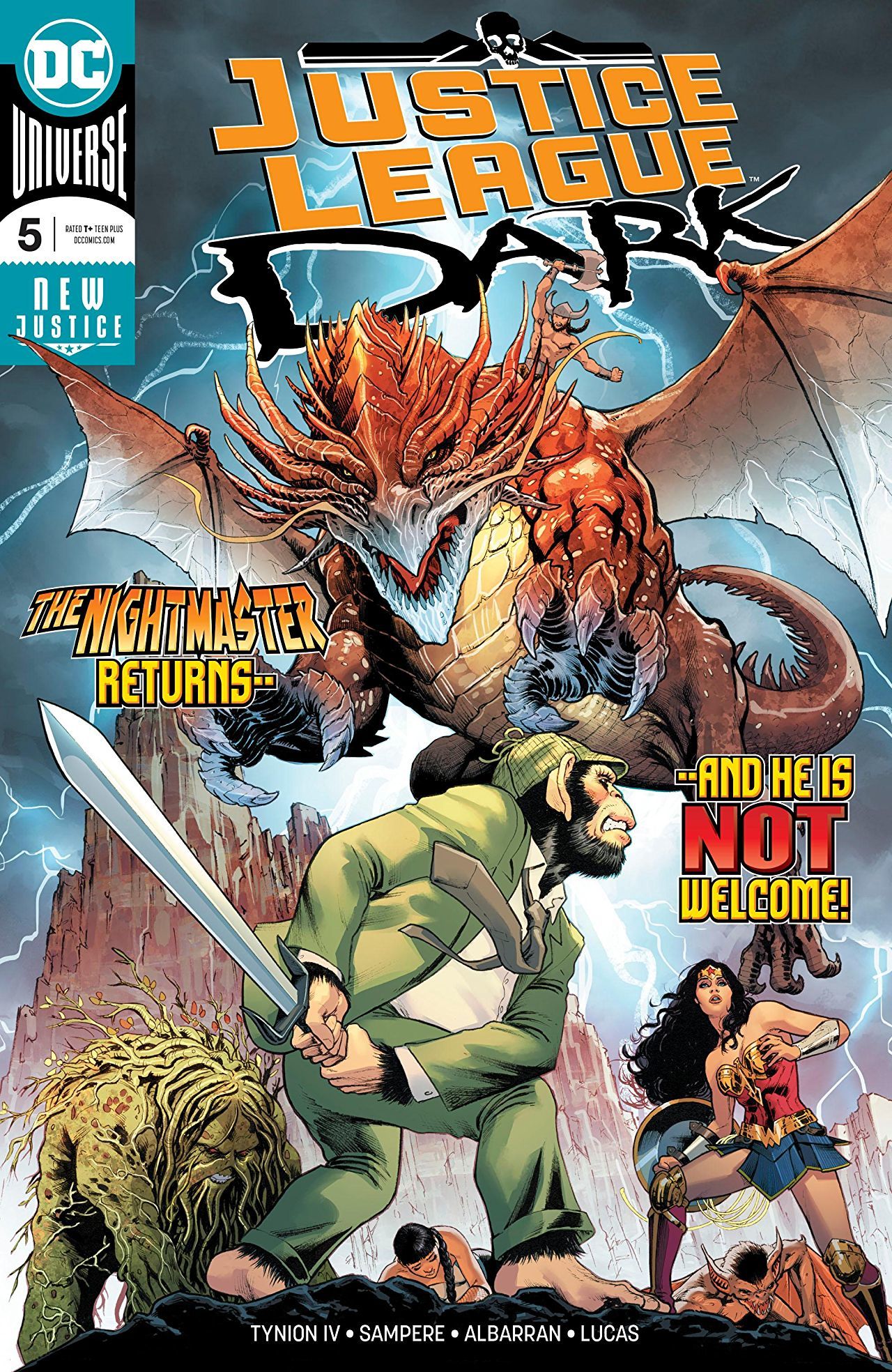 In a post-Metal DC Universe, we have gotten to spend a lot more time with Detective Chimp, and I continue to be here for it. Between Tynion’s somber, distant narration and Sampere’s haunting artwork, Justice League Dark #5 serves as a not-so-gentle reminder about how tragic Detective Chimp is. There is a lingering sense of self-deprecation, discussions of drinking problems, and the sad realities of losing a friend. The opening pages act as a bridge between the sacrifice Night Master made during Metal and Detective Chimp’s current predicament and strangely enough makes for an excellent jumping on point after the intense The Witching Hour crossover event. 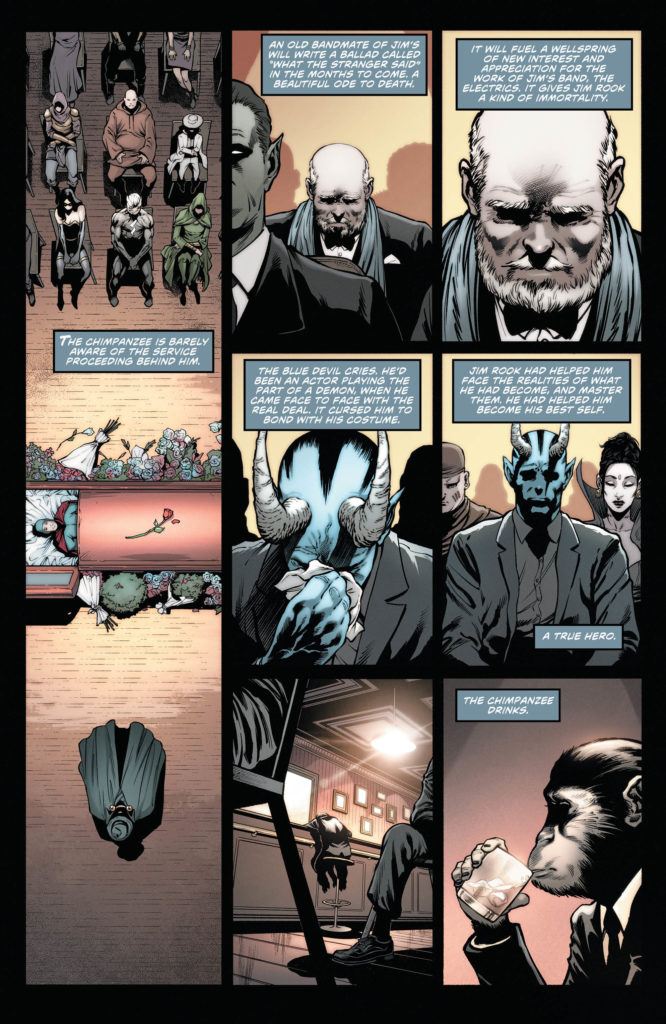 The crew of the Justice League Dark is still reeling from the several concurrent apocalypses that is currently plaguing the universe. As various characters are planning their next moves, Detective Chimp is doing the very human action of ‘trying to cope as best he can when the world is literally falling apart.’ Wonder Woman, Zatanna, and Man-Bat have come to enlist Detective Chimp’s help in finding a way to Myrra to find a way to defeat the looming threat of the Otherkind, but he is reluctant to wield the Sword of Night although he doesn’t have too much say in the matter. Meanwhile, John Constantine and Swamp Thing are investigating the Tree of Wonder, and Tynion masterfully balances the multiple narratives. You can hear each character’s voice seep through the dialog and get raw emotion in each speech bubble. This is only bolstered by Sampere’s wonderfully enchanting artwork that continues Justice League Dark’s proud tradition of instilling a sense of awe with the unique depiction of magic.

Yet, the start of The Shadow Pact is less eldritch horror, and more personal demons. Whereas the last couple of issues have been exceeding high fantasy with world-ending spells at the ready, the journey into Myrra feels more subdued, although no less dark. This arc looks like it will be a chilling examination of Detective Chimp as the rest of the Justice League Dark continues to try and preserve the magic of the DC universe. Although Tynion and Sampere seem to be imparting magic every issue, I think everything will be fine.