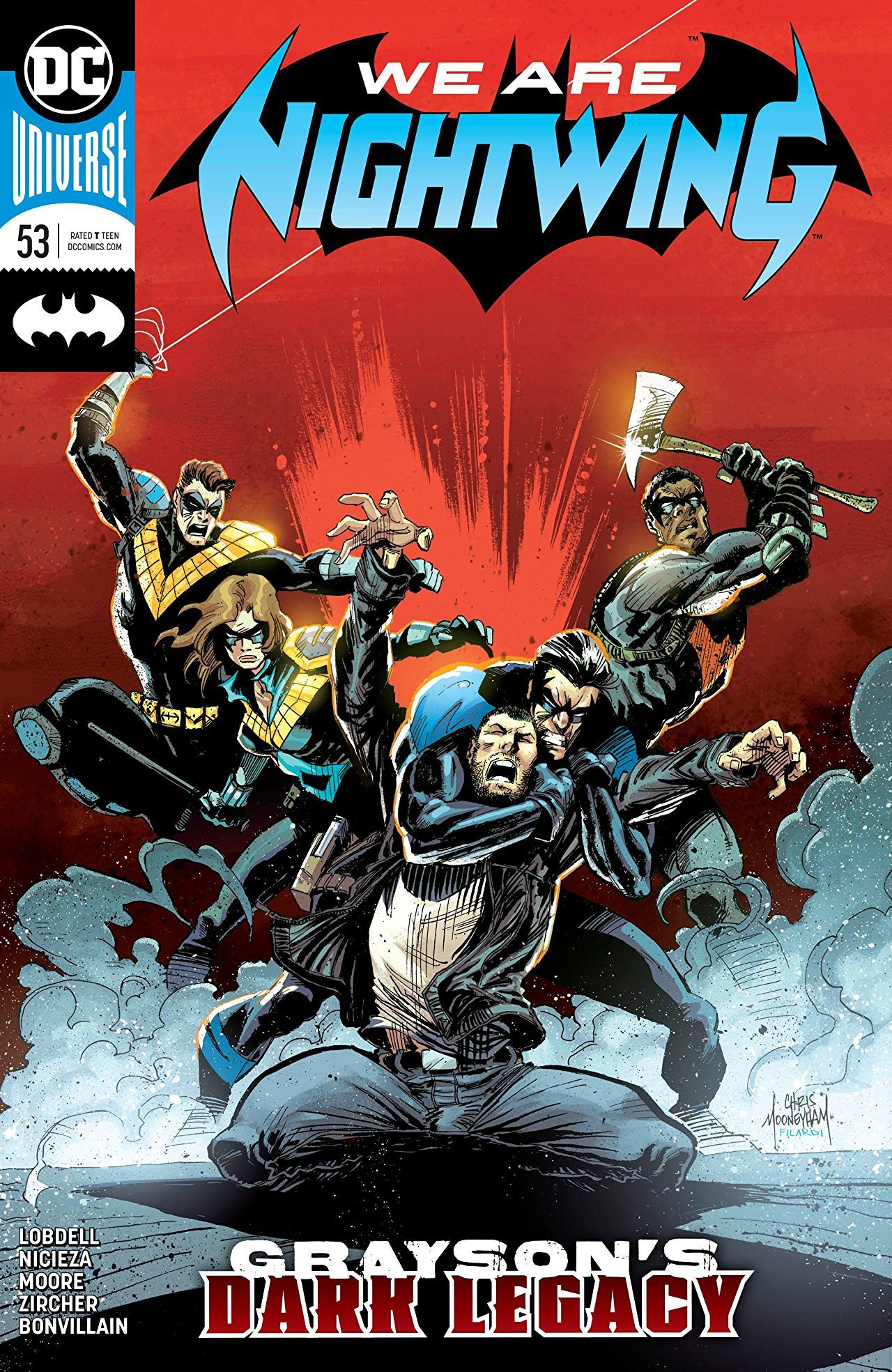 There was a time where a title like We Are Nightwing would have gotten me so pumped. The We Are Robin mini-series was one of the most necessary stories DC Comics had produced in the last decade and featured a diverse cast of misfits taking up the bright colors of Robin trying to do right by their city. Of course, We Are Nightwing is narratively similar: folks have taken up Nightwing’s costumes in our hero’s absence. The key difference here is that they are all cops using the costume to enact rogue vigilante justice and barely sympathetic motivations considering they only got their gear by looting the original Nightwing’s hideout. Ric Grayson ponders these exact questions on the front page as we get the rundown for the fourth time: Ric used to be Dick before he was shot in the head and in his absence, Blüdhaven is having a rough go. 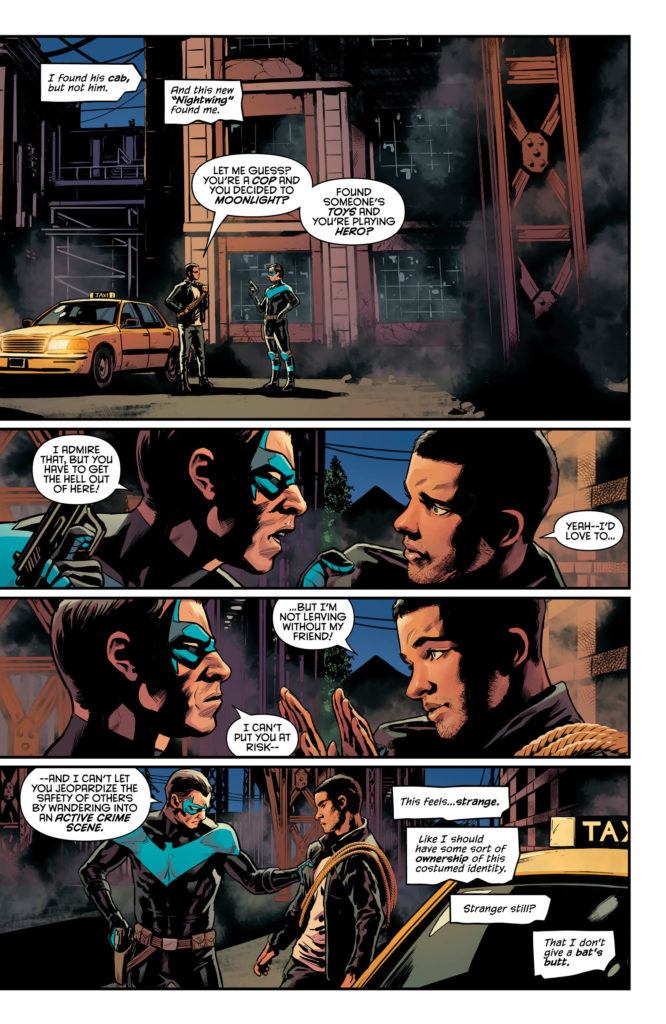 Lobdell’s plot continues to move in a very slow, deliberate pace. Every small revelation in previous issues is given slightly more context over the course of several pages, rehashing various narratives beats again and again. Nicieza’s script features interesting moments and quips of dialog but leans towards being very exposition heavy and indulges in some naval-gazing. The fact of the matter is that while Ric Grayson has seen a lot over the events of Knight Terrors he hasn’t changed at all, at least not meaningful. He is still the rugged anti-hero with amnesia living out film noir sequence after film noir sequence as a fake Nightwing takes to the street in a suit with semi-automatic weapons. What was once a somewhat interesting thought experiment has continued to drag on, and we don’t have any of the typical attributes associated with Nightwing: charm, wit, compassion. Instead, we have a caustic not-hero who is slowly learning how to care about other people while stuff happens around him.

Moore’s and Zircher’s artwork continue to delight, with dynamic action shots and wonderful panel work, but the colorful depiction of Blüdhaven is the most lively thing about the issue. I want to know how this all ends, but it seems like the machination are still getting into gear.