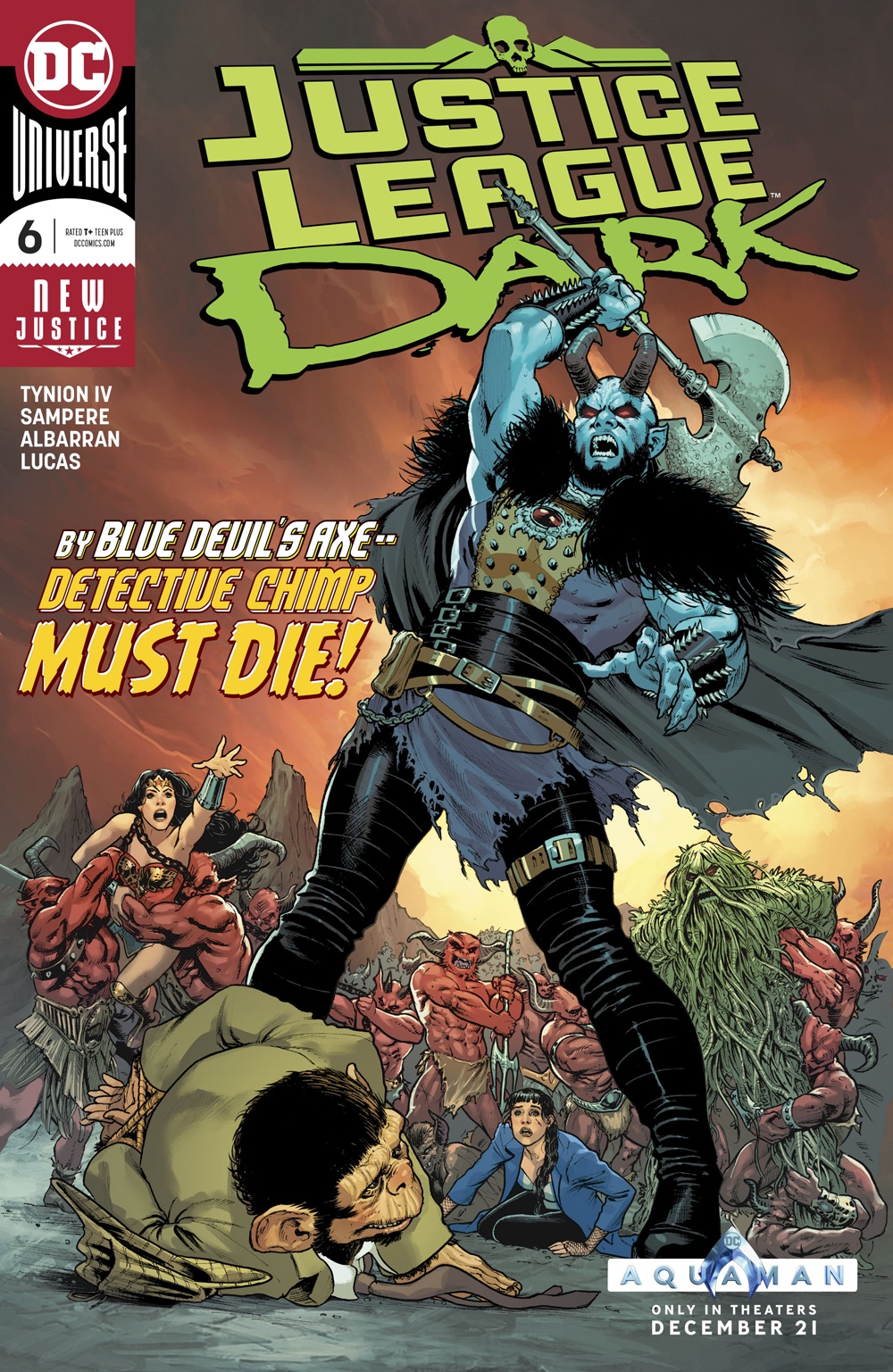 Justice League Dark #6 wastes absolutely no time jumping straight back into the action. Tynion IV and Sampere open the issue with a scene straight out of a fantasy movie, with hordes of undead and dragon swarming the gates of a castle. The pivot to the Justice League Dark division holding the lines acts as a reminder of how bonkers these comics have gotten, and I am personally here for it, especially if it means more quips like “Isn’t this guy a Batman villain?”

The story’s A-Plot consists of the main team continuing their adventures in Nightmaster’s realm of Myrra, where the B-Plot focuses on John Constantine and Swamp Thing doing their best to keep the “real” world safe. The two storylines progress independently from each other, but they continue to work in tandem to show the sheer magnitude of trouble the deteriorating magic is causing DC Universe. 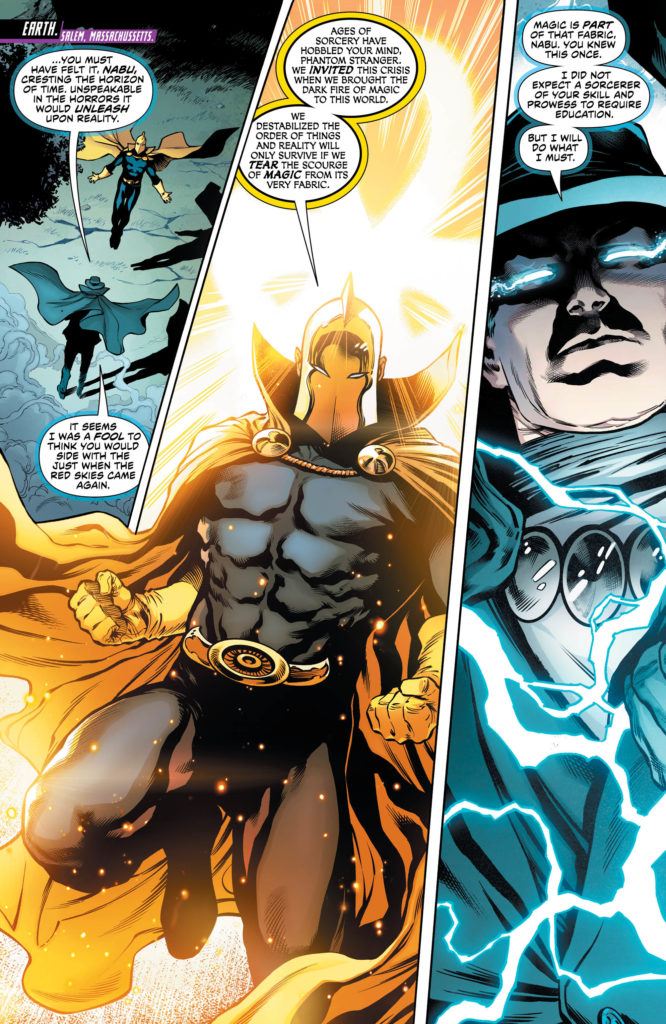 The second act of The Shadow Pact contains fantastic set pieces and battles. Sampere’s pencils combined with Albarran’s inks and Lucas’ colors are nothing short of incredible and the artwork that drives the latest entry of Justice League Dark lives up to the task. Every panel has a distinctively unique feel to it depending on whose casting what sort of magic. In a comic that has so much going on at any given time, it’s easy to follow and trace sequences through frantic moments.

This issue is a little less character driven than Justice League Dark #5. Tynion IV spends his efforts in involving all of the characters in epic combat and he succeeds in giving them hallmark, memorable moments that speak to the character’s core. The plot also moves a step faster than prior issues, and the resolution wraps a little quickly.

With all that said, Justice League Dark continues to be a lot of fun. The chemistry with the central cast is phenomenal thanks to Tynion IV’s writing and the brilliant artwork brings all the magic to (un)life.