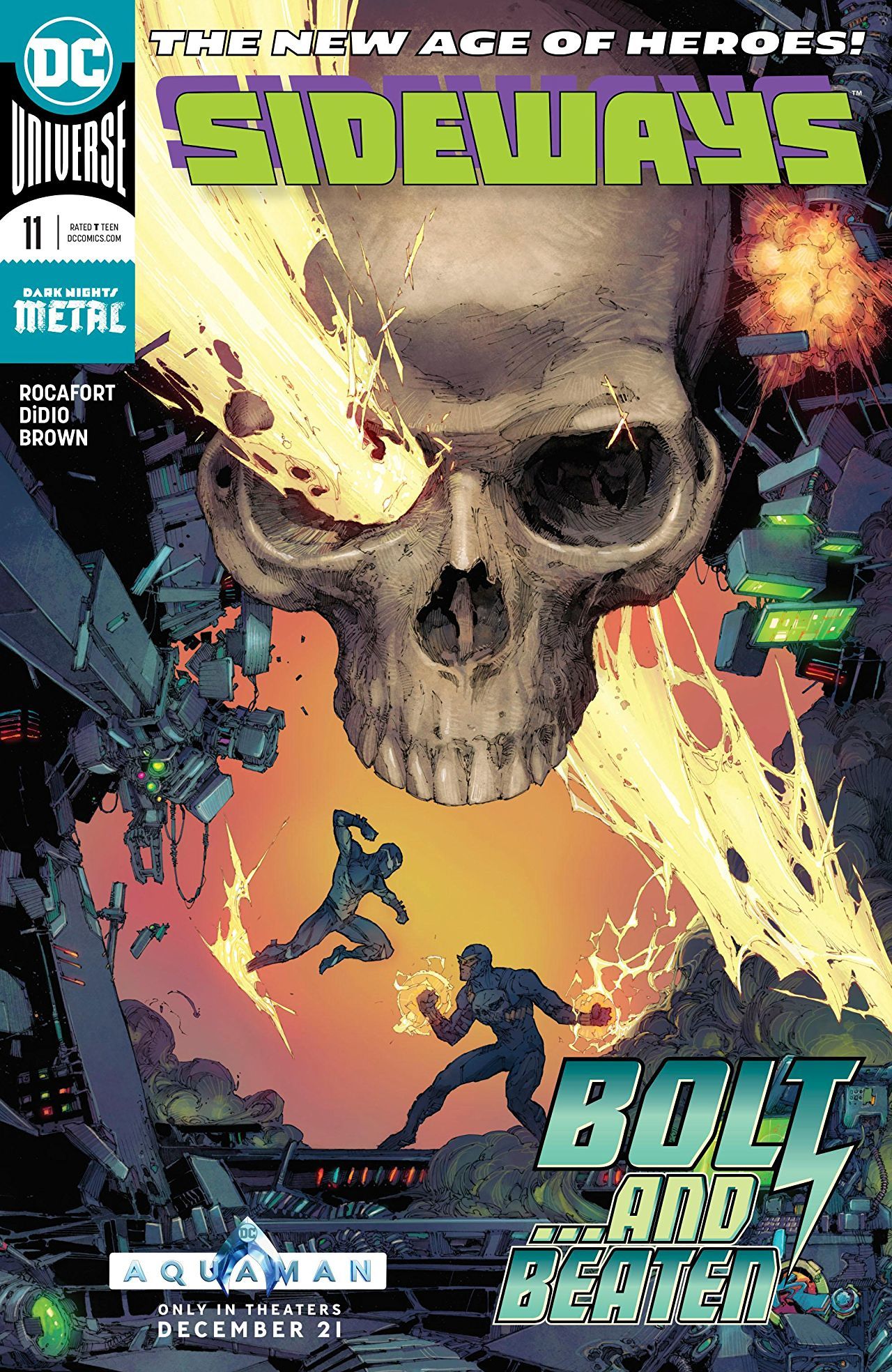 Sideways waste no time getting back on track. The confrontation between Derek and Dark Star finally arrives, and we get to learn a little more about our main villain. Last we left off, Derek watched the pieces of his life fall apart after his mother’s death. It doesn’t help that he went missing for a couple of weeks in the Dark Multiverse. While having a bit of a heart to heart with Ernie, he’s interrupted by supervillain for hire, Bolt.

I like the matchup between Bolt and Sideways. I mean, yes, it is a matchup between two superhuman individuals who have similar power sets. However, it’s cool to see Derek go up against someone who is essentially his dark counterpart. Also, their powers are different enough that it doesn’t feel too much like he is fighting a copycat.

There is something to be said about Derek’s inexperience as Sideways in this issue. While he has had plenty of adventures and met several crazy supervillains, it’s clear from the start of the fight that Derek is outmatched by Bolt. Yeah, Bolt is a minor and obscure DC villain, but he’s obviously more accustomed to fighting then Derek. It’s honestly Derek’s first real challenge that pushes him to think outside the box. 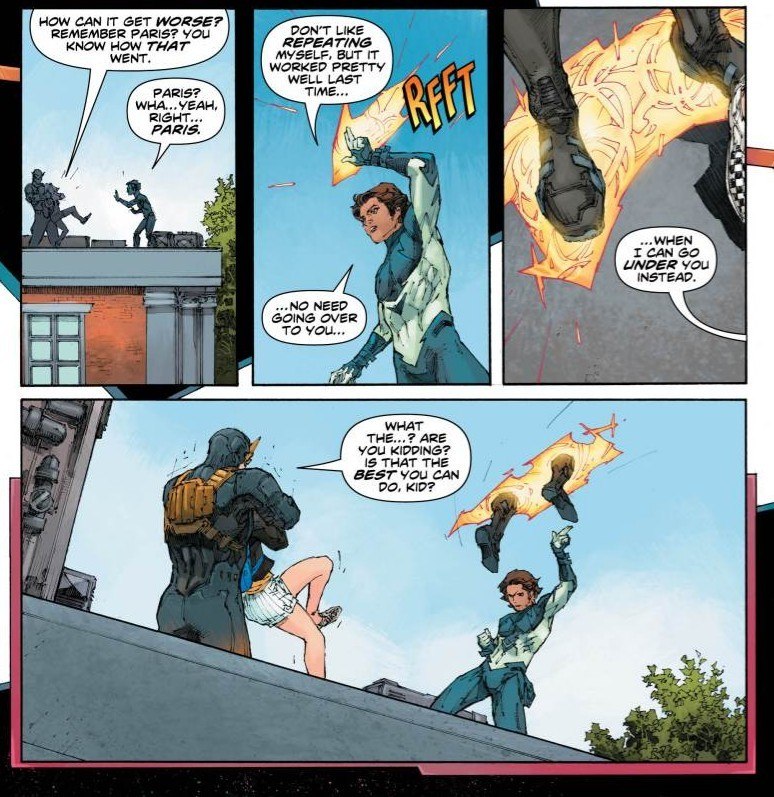 Meanwhile, DiDio finally sheds some light on Leto Dominus, the head of Dark Star Solutions. Over the series, we’ve seen her interest in Sideway’s powers. As a villain, she fits the mold of as a rich billionaire megalomaniac in control of an evil corporation. In search of power. Obsessed with the hero. Ruthless lack of empathy. She’s definitely not going to help the Spider-man comparisons for this book.

The reveal of Dominus’ true intentions shouldn’t be a surprise to anyone. Despite her very obvious motivations, I found myself interested in seeing what she plans to do if she gets control of Derek’s powers. As she finally makes her move on Derek, things are ramping up fast. This is a fun issue for Sideways. Derek is getting a lot thrown at him, and I can’t wait to see how he deals with it.

8.5 Terrible Catchphrases out of 10