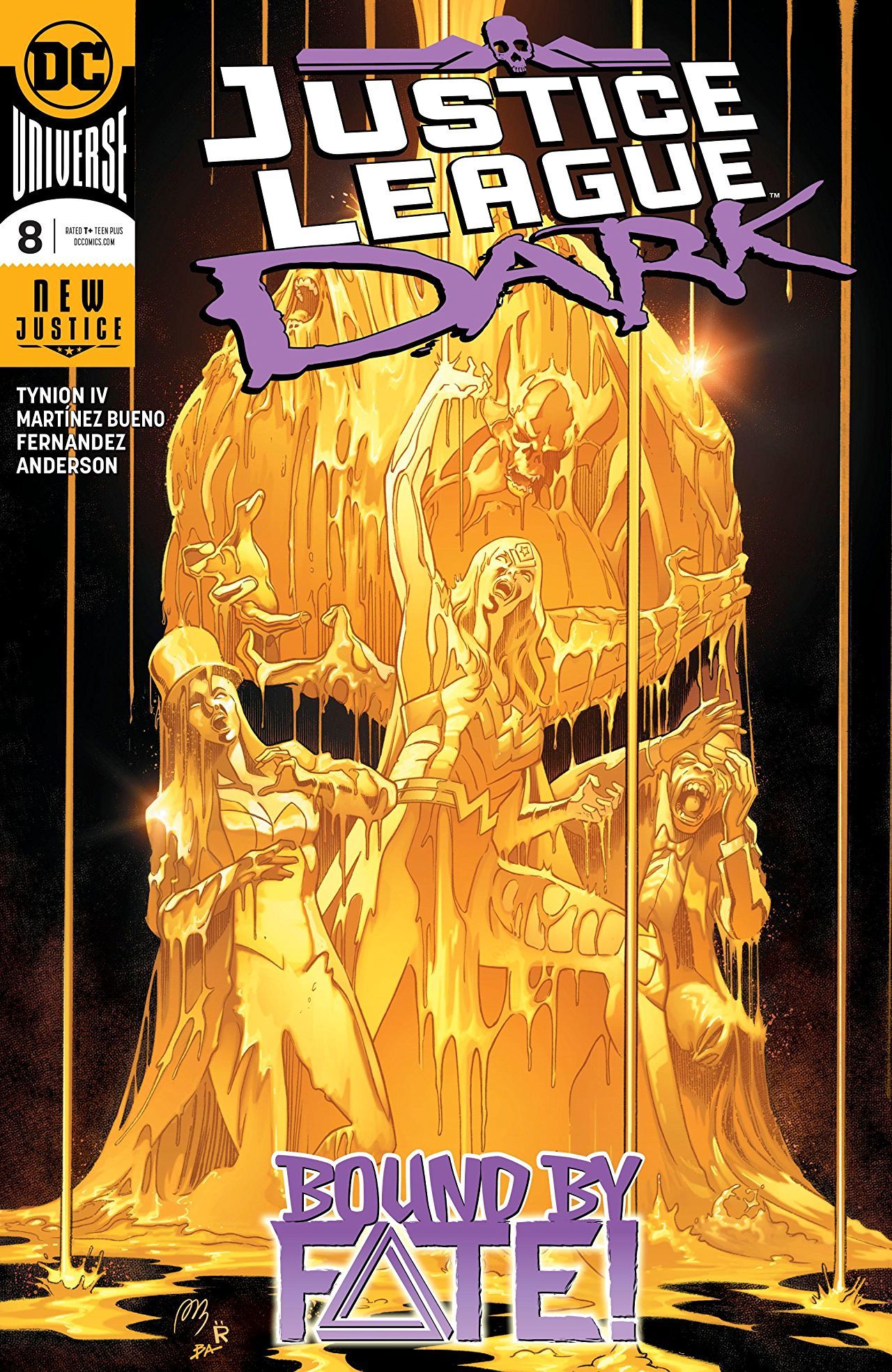 The introductory issue to the latest Justice League Dark arc has so much going on. You have Man-Bat on a forced sabbatical on the team conducting an experiment in the Hall of Justice. Zatanna and Wonder Woman are actively investigating magical disturbances all over the world. Detective Chimp is doing his best to run the Oblivion Bar. There are a lot of callbacks, a lot of narratives built, a lot of plot points to keep track of, but Tynion IV knows how to juggle stories and the end result is a lot of covered ground and a lot of fascination with the magical workings of the DC Universe.

One of the most challenging aspects of working with an ensemble cast is making sure each character is given an appropriate chance to shine and an appropriate role in the story. With a current central cast of four primary members, nailing the team dynamics is important to make it convincing. The way the previous seven issues have shaped the team creates this perfect cocktail of circumstances for Justice League Dark #8. Man-Bat and Detective Chimp have been isolated from the team after their solo jaunts made them liabilities. Wonder Woman and Zatanna are the only two active agents and are still at odds with the larger magic communities. The initial conditions of the issue progress were all known, but Tynion IV cleverly injects several elements to make sure that the final product ends up implicating a lot of fascinating components. 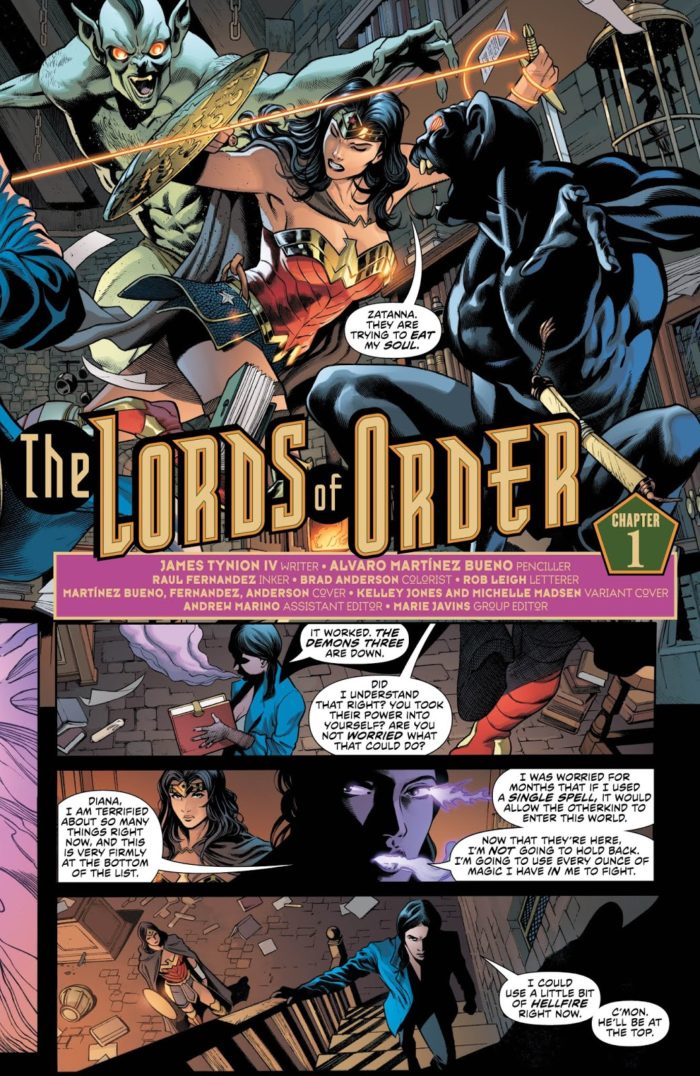 Yet, while the multiple mysteries of Justice League Dark #8 are particularly engaging, the artistry is an equally entertaining draw. Martínez Bueno does so many things so well: combat sequences, crowd scenes, the design of the Otherkind. All of the artwork has this haunting ethereal quality to it. The world is colorful and lined with a sense of dread that permeates throughout the panels and shifts in tone wonderfully.

Justice League Dark #8 makes use of all of its previous momentum in order to kick the next arc in high gear. The promise of Otherkind confrontations and the intervention of the Lord of Orders is gonna be fun.