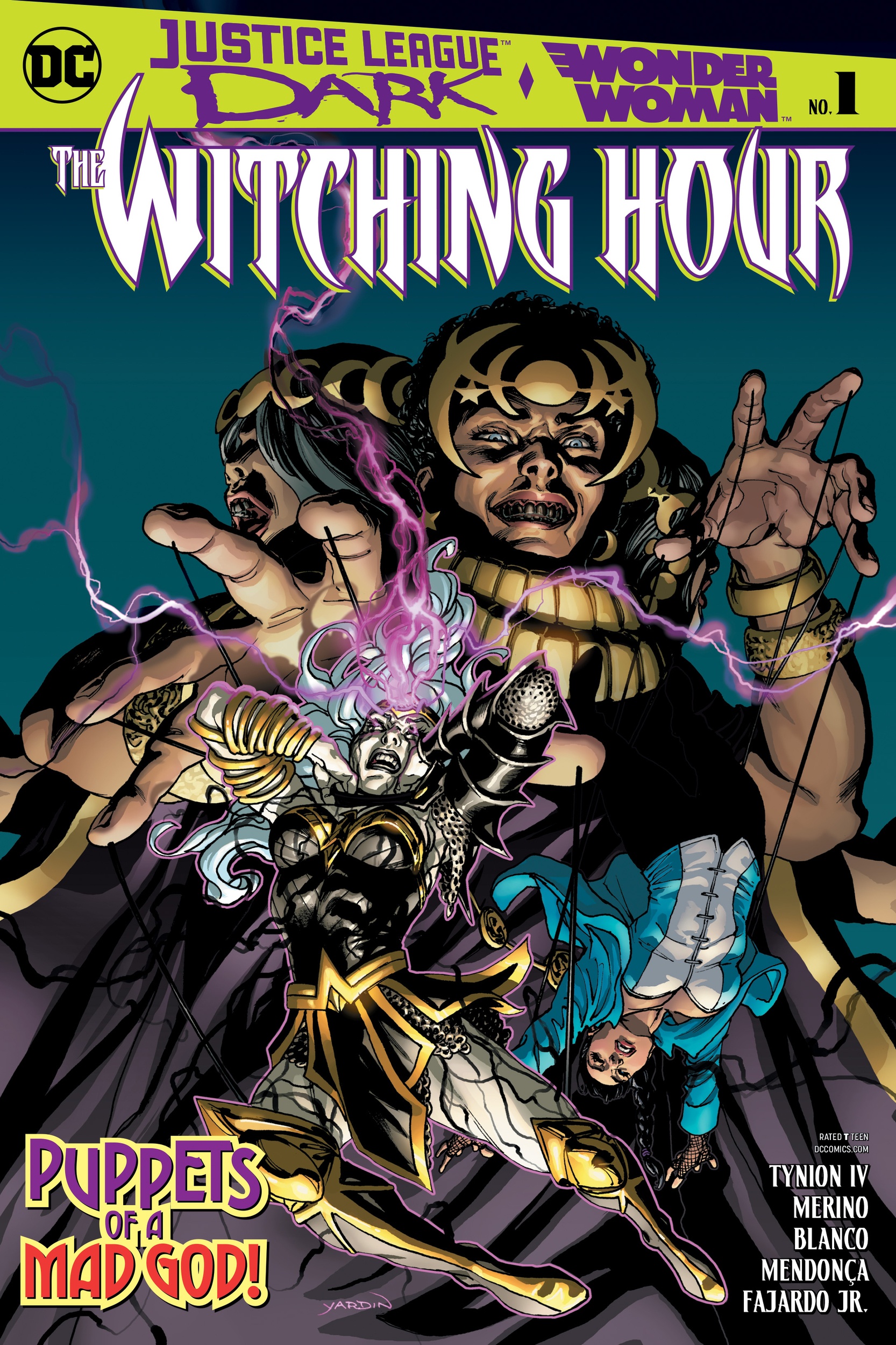 The Witching Hour: Puppets of a Mad Goad

Wonder Woman, under the influence of Hecate and the Witchmark, has become a nigh-unstoppable being of magical energy and various contingents of the Justice League Dark have to make one last ditch effort to keep the world from toppling. Aided unexpectedly by Circe, the different sects of the team converge in typical super heroic fashion and a beauty of eldritch horror fight scenes and intricate spellcasting takes place.

Time and time again, Tynion has flexed his ability to capture both the global and interpersonal with his narration. The conflict seated at the center of The Witching Hour could easily be described as a malevolent force manipulating everyone in the background as easily as it could be each magical entity within the DC universe forced to come to terms with their trauma and familial histories. This juxtaposition of the deeply personal and incredibly high stakes has sustained the story throughout its run and the ending is no different. Whether it’s the narration of an omniscient or the snark of your favorite magical users, Tynion’s high drama and high action create a unique narrative experience. 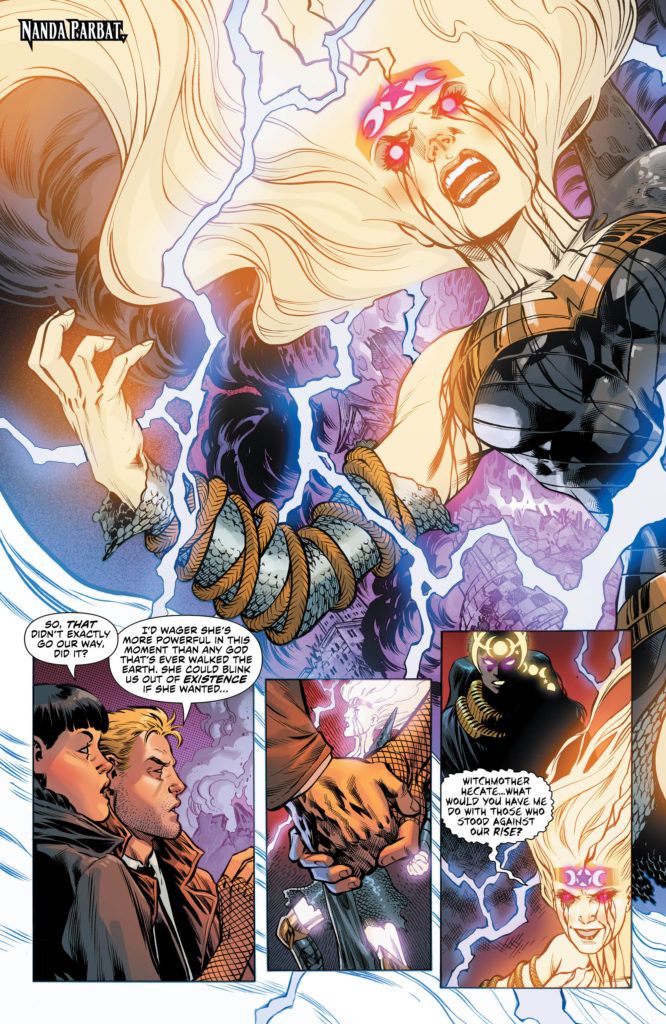 Of course, the joint efforts of Merino, Blanco, and Mendonça in the visuals department bring the entire story together. The intricate set pieces of Nanda Parabat, the terrifying horrors of Hecate, the dark ley lines of evil magic, the Witchmarked Wonder Woman: all of these are iconic images that evoke all of the nightmares Tynion intended.

The end of The Witching Hours lives up to its haunting name and the promise it made to change how we view magic in the DC multiverse, and I can’t wait to see the repercussions.