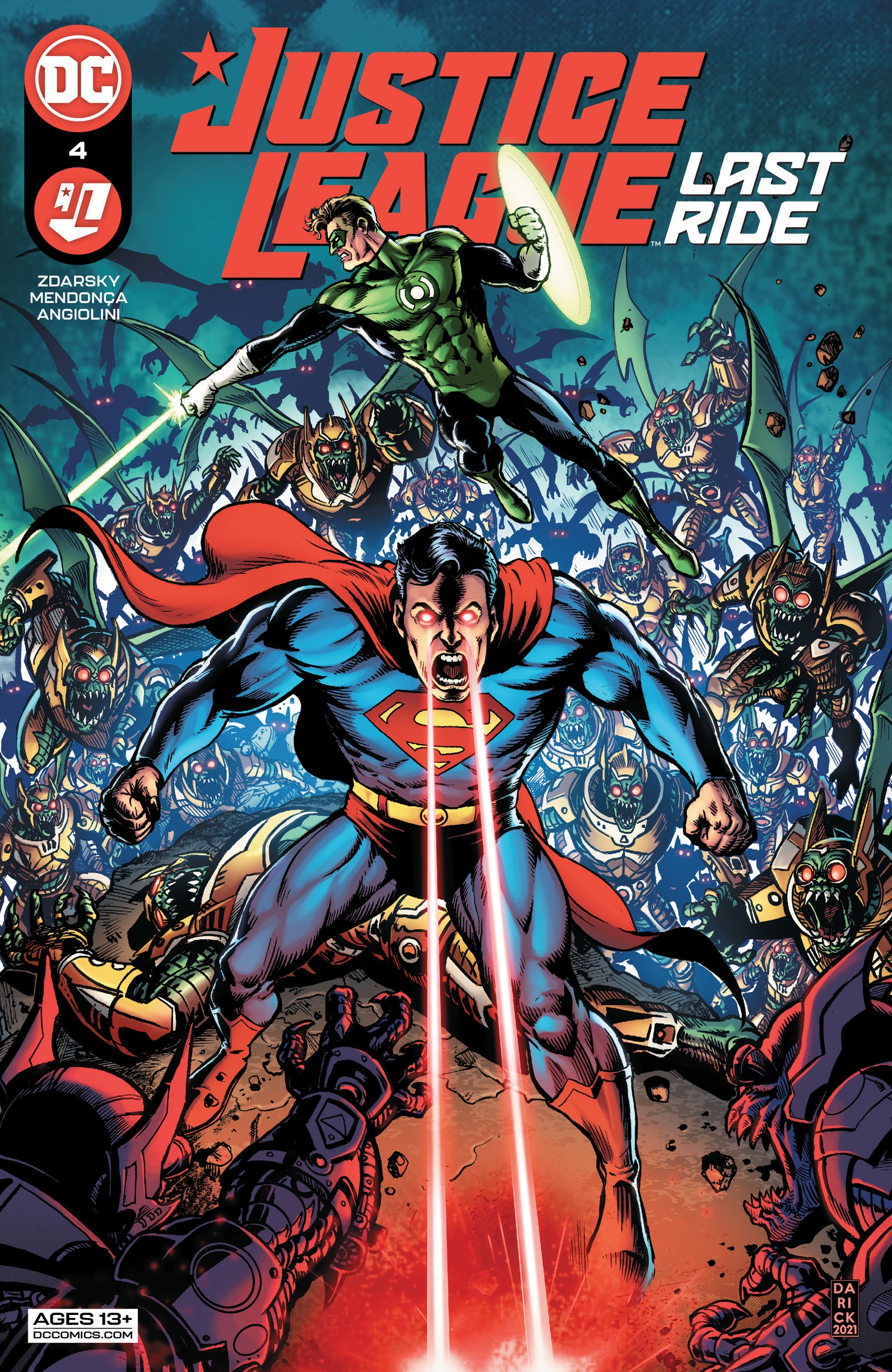 Justice League: Last Ride #4 leaves it all on the table. We see another unfiltered view of what happened years ago that shattered the relationships on the Justice League and forced them to disband.

We’d known for some time now two major things: the blame for what happened was largely put onto Batman, and that J’onn J’onnz is dead. Well in this issue, we learn that those two things are related.

Long story short, and because I don’t just want to tell you everything about the issue, rendering it pointless for you to read it for yourself, I’ll just tell you about a few plot points.

Basically, Darkseid had all the smoke. Dude took over Oa, and was in the process of destroying Earth. The League knew they could take him out if they blew up Apokolips, but they didn’t have the time or manpower to do it. Everyone was busy except for Batman and Manhunter. Batman was needed at the controls so Manhunter sacrificed himself by triggering the explosion of Apokolips and saving the day.

The loss and Batman’s willingness to send J’onn to his death effectively broke up the team.

In the present, as the Justice League prepares for an assault by the universe’s strongest villains, Batman deals with how Superman resents him for what happened with J’onn. But is it really Batman’s fault? He did the right thing. And made a tough decision that many others couldn’t make, let alone under that type of pressure. If he hadn’t done it, Earth would be gone. What was he supposed to do?

Issue after issue, Zdarsky formats these books with “Before” taking place in the first half of the issue, showing us events in the past, and “Now” showing us the present. This structure is really effective in informing the new narrative by giving context from the past. It’s like a recap of a story we haven’t read before, and it always makes things in the present hit harder than they would have if we just learned about all of this in some exposition.

9 Martian Barbecues out of 10