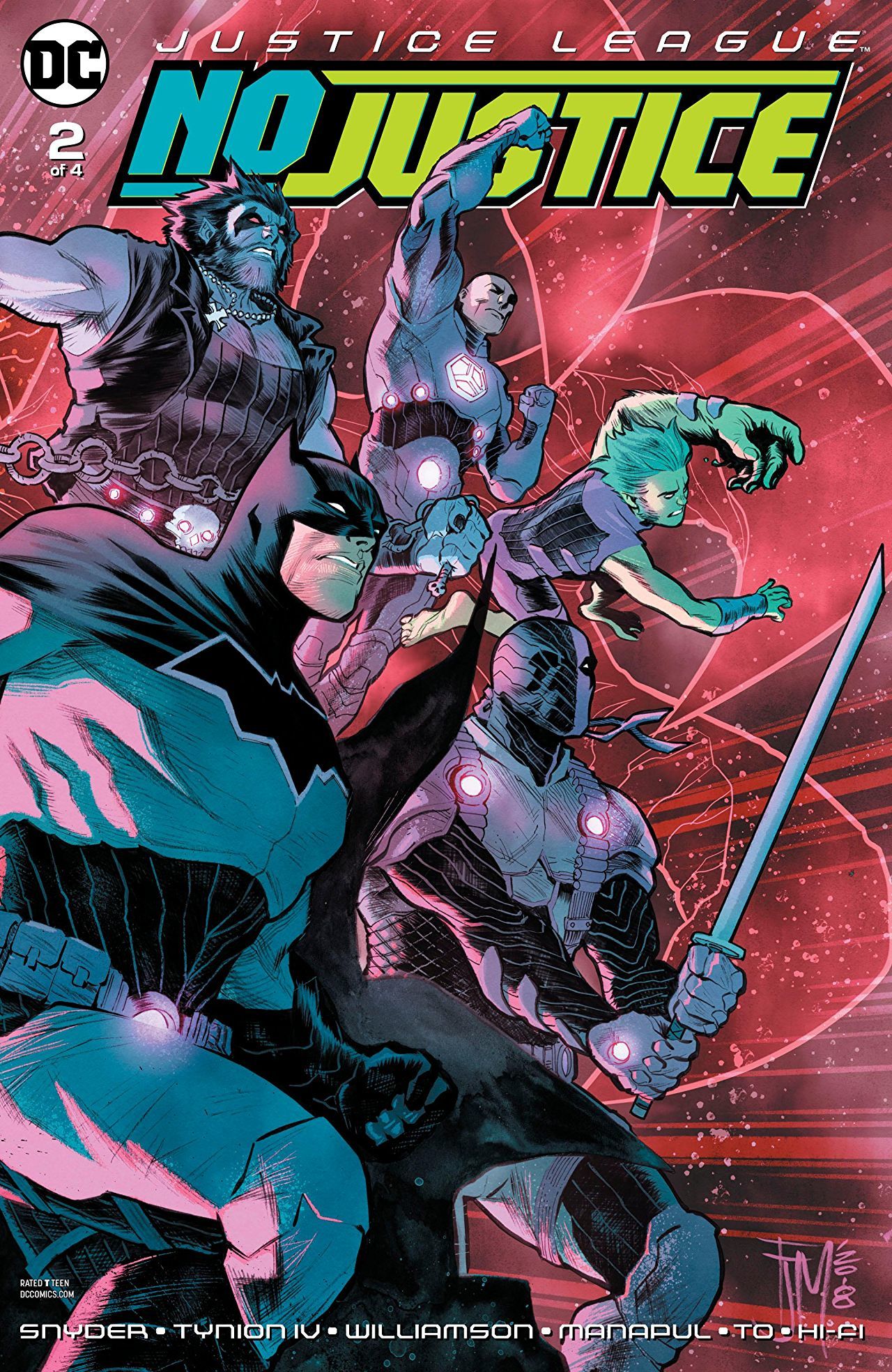 Last week, I was talkin’ shit. I mentioned that while No Justice is a lot of fun, it didn’t have a main character to shoulder the weight of the narrative.

But this is a Braniac story through and through. I can see that now. And while he may be dead, (Amanda Waller killed him in issue 1) a lot of this story is predicated on his actions. He’s not physically present, but his presence is felt on every page, and it really pushes the characters into making the decisions that they make. In hindsight, this was just as prevalent last week, but there was so much else going on that it took a backseat to a lot of the set up that needed to be had.

Don’t get me wrong, things are still bloated, but everything seems to be settling into place, so it’s not as overwhelming as it was in issue one. With the absence of all of the exposition needed to set up the conflict, there was room for a lot more fun character moments, which is what the draw was for me in the first place. 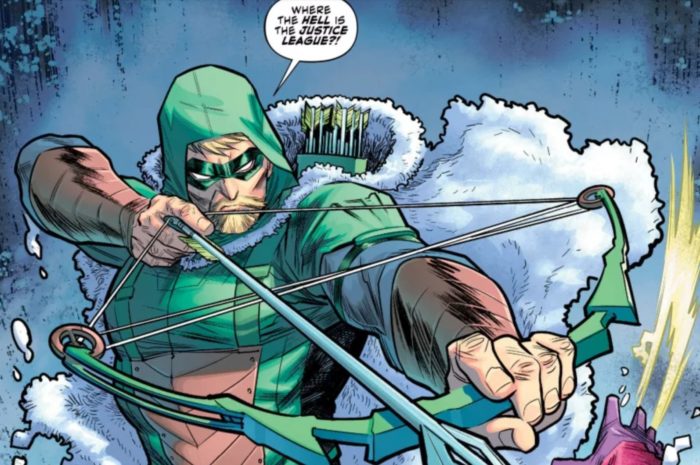 We get a couple of really cool interactions this week. A highlight was Lobo and Beast Boy. Since the first issue, BB has felt out of place on Team Entropy (his own words), a lot of that having to do with the fact that he thinks entropy means evil. But there’s a cool moment where Lobo takes on adoptive dad mode and gives Gar just what he needs to get his head in the game. The main man is a father figure?! Only in No Justice.

The teams all figure out their objectives as well, which seem fairly simple. The biggest task will be overcoming their differences for the greater good. Will Damian be able to handle Barry’s goofiness? Will Sinestro be able to take orders from Batman? These are the things that could stand in the way of everyone saving the world.

I mentioned the art last week, but this week I’d like to talk about the coloring. A space story should feel galactic in every way. And dog I gotta tell you, these colors feel so pure it makes my knees quiver just thinking about it. It’s teeming with Korby inspired vibrancy. And I love the color coordination between teams. I don’t know whose idea it was to do it but imma give all my love to HiFi. They juggle individuality and coordination without compromising what makes each hero feel distinct.

No Justice #2 defines each team’s objectives while delivering refreshing character moments that you could only get with teams this random. Etrigan droppin’ bars to help bring to life magic zombie aliens is also a plus.