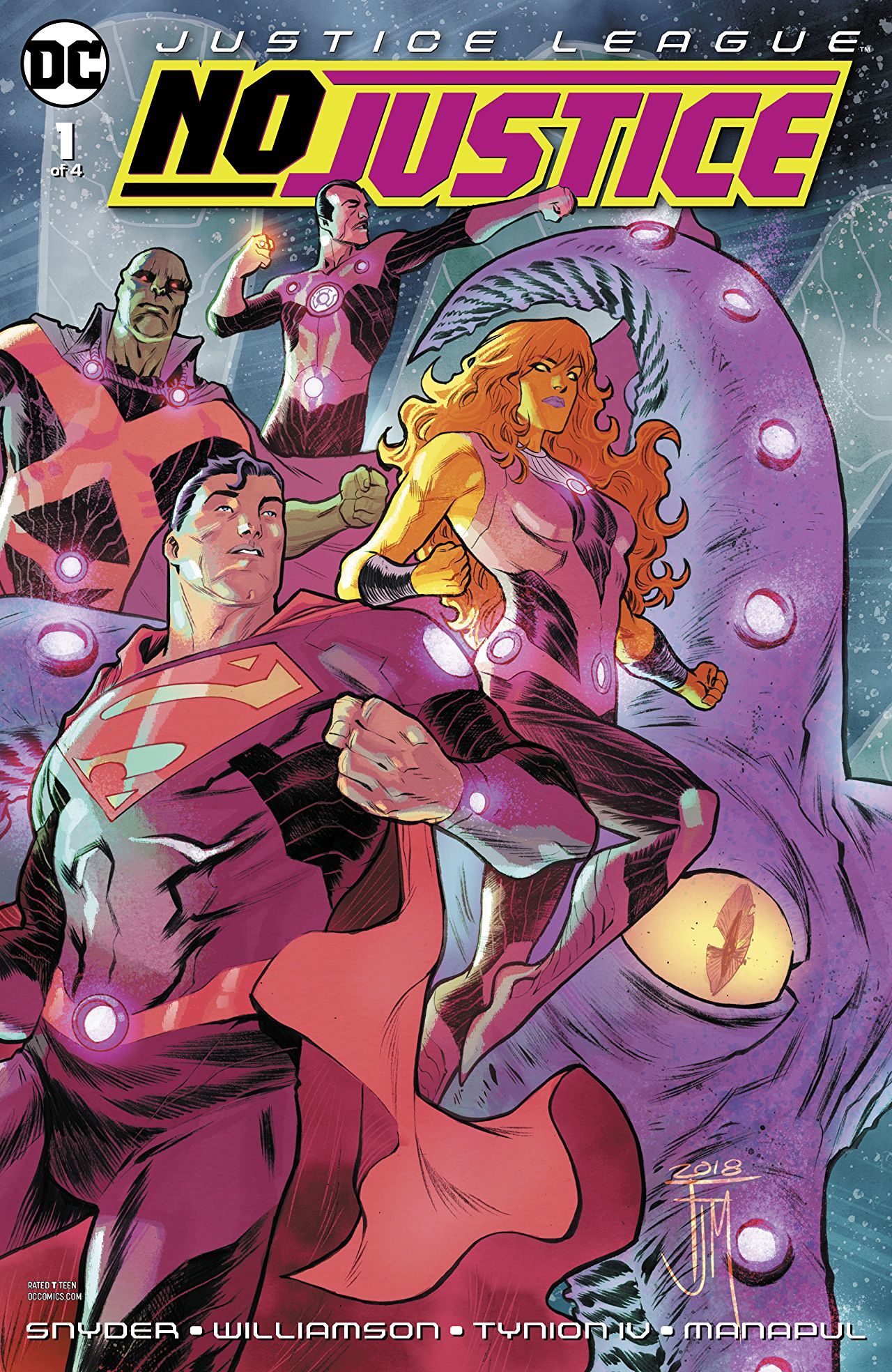 Spinning out of the pages of Dark Nights: Metal is Justice League: No Justice, a weekly comic book event for the month of May which will set up Scott Snyder’s run on the League.

Metal ended with our favorite heroes saving the day, but at a cost. Homies accidentally ripped open the Source Wall, which actually opens up the largely unexplored and unknown parts of the Multiverse to the DC Universe. In DC Nation #0 Aquaman describes it as “Dropping a fishbowl in the ocean”, so you know, things are about to get Bonkers McGee.

No Justice is crazy as hell for subverting what you think the possibilities are. It follows four surprising rosters of heroes and villains alike that are embodiments of the four omega energies: Entropy, Wisdom, Wonder, and Mystery. Their goal in these new teams? Well, I’m not telling you. But you can probably guess that the fate of the Earth and the Universe is at stake. Isn’t it always? 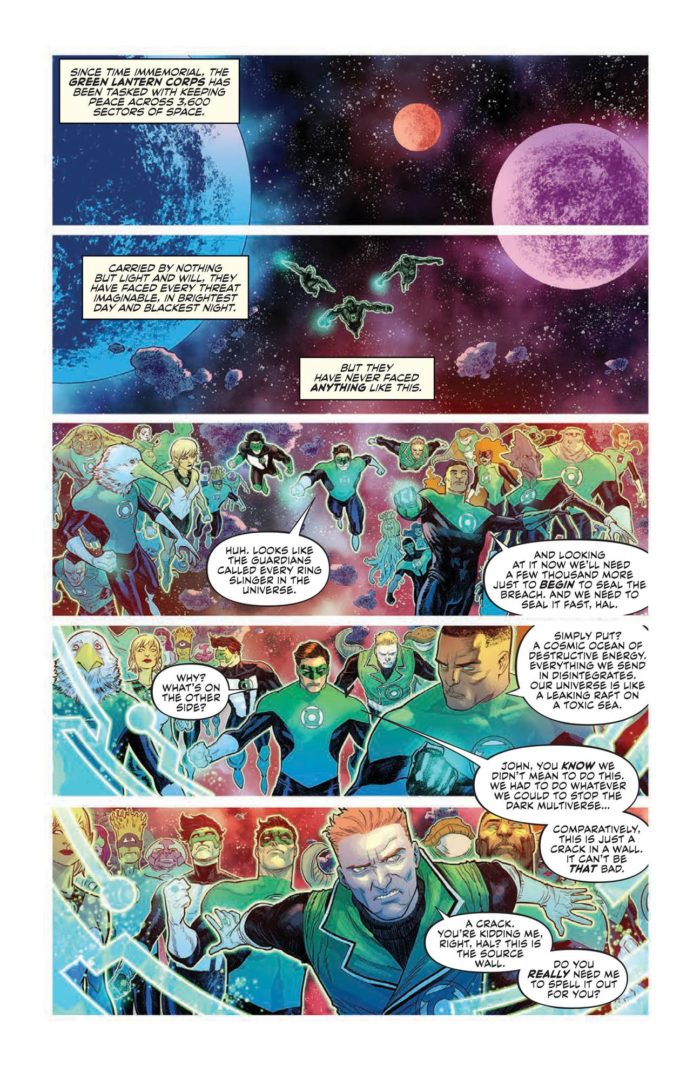 Though this is an all-fun-and-feels epic, it is not without fault. Like Metal, it seems at times to be a bit overstuffed. There are a lot of characters and you can tell the writers are trying to do their best to do all of them justice, but sometimes it comes at the expense of driving the narrative forward. Because of that, we get bouts of exposition in places that might work better if we were shown rather than told. My other minor issue is that there isn’t (yet) a main character of this story. Yeah, I know it’s a team title; but remember we’re coming off of Priest’s run, which was the definition of agency. I get that this is an event book, but I still yearn for some perspective. For example, Metal worked really well when it doubled down on being a ‘Batman and Hawkman’ book. When that wasn’t the case, the story suffered a bit.

I also get that this book is a whole lot of set up for Snyder’s Justice League run, so the exposition, overstuffed characters and lack of main character makes sense. There’s only so much space to work with. As a hook, this issue does what it needs to do. It provides you everything that a superstar creative team on a popular mainstream book should. 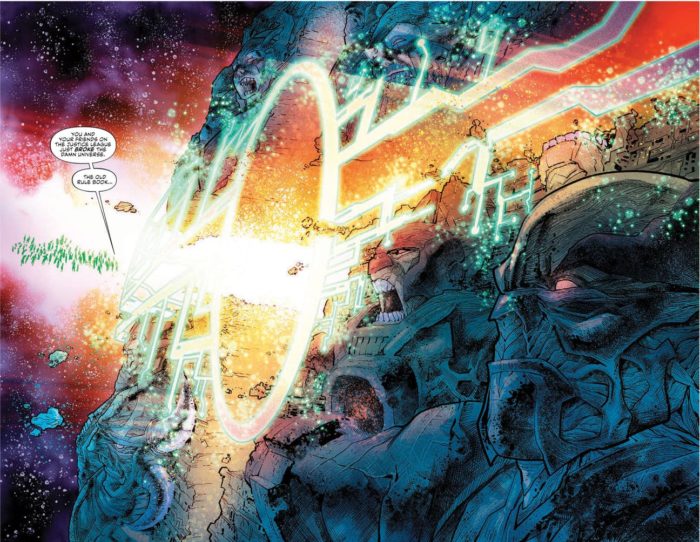 Speaking of superstars… Francis Manapul. FRAN-CIS MAN-A-PUL! Dude is easily one of the best illustrators in the game right now, and No Justice is him at his best. You can feel the weight of these characters through his work. On top of that, more than half the book is a double splash page. I was having eyegasms every few seconds. His art is definitely a highlight for me, and reason enough to pick this up.

No Justice is a Double Stuf Oreo on the page and behind the scenes, but the beautiful art coupled with the promise of some great action make up for it a bit. Those who have been wanting a wider-scope Justice League story will have their appetites fed.