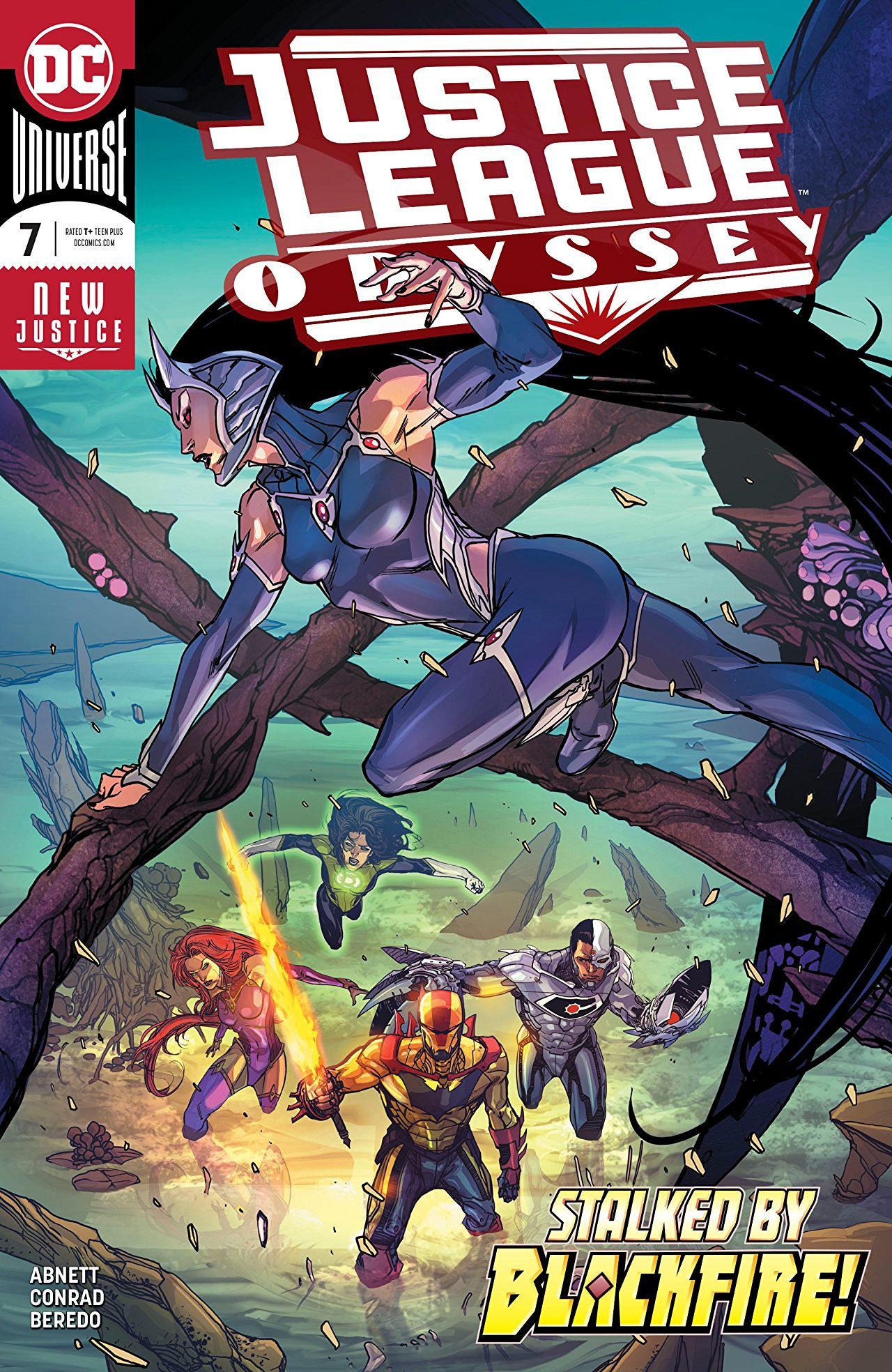 Justice League Odyssey gave us the Sister-Sister reboot we never thought we needed. Starfire and Blackfire go toe to toe on their homeworld of Tamaran as the rest of the team tries to stop Kori from lowkey destroying her planet and killing all her people.

Over the past few issues, Starfire seems to be losing control of her powers. She sees red, and it’s as if she’s not Starfire anymore, just a ball of fire ready and willing to burn everything in her path. And this is the wrong time for her to be acting up. As I’ve mentioned before, this isn’t the B-Team of the Justice League. This isn’t even the D-Team. It’s a collection of people that barely worked together with motivations fueled by heavy burdens and their daunting tasks. They ain’t got time for a Tamaranian with some loose screws.

One glimmer of hope is Darkseid. Yeah, you read that right. The gray homie actually provided some positivity for the group this time around. He may be responsible for every bad thing they’ve gone through since they’ve got to the Ghost Sector, but he’s been taken down a peg the past few issues. He’s taken a colossal ass-whooping from the Eskaton, a species whose sole job is to kill New Gods. He’s gone from a menacing gray boulder to a soft pile of pebbles.  When the team arrives at his location, he’s on the ground coughing up blood. It’s safe to say that they had a quiet sigh of relief. Now, they just need to figure out how to use his depleted state to their advantage. 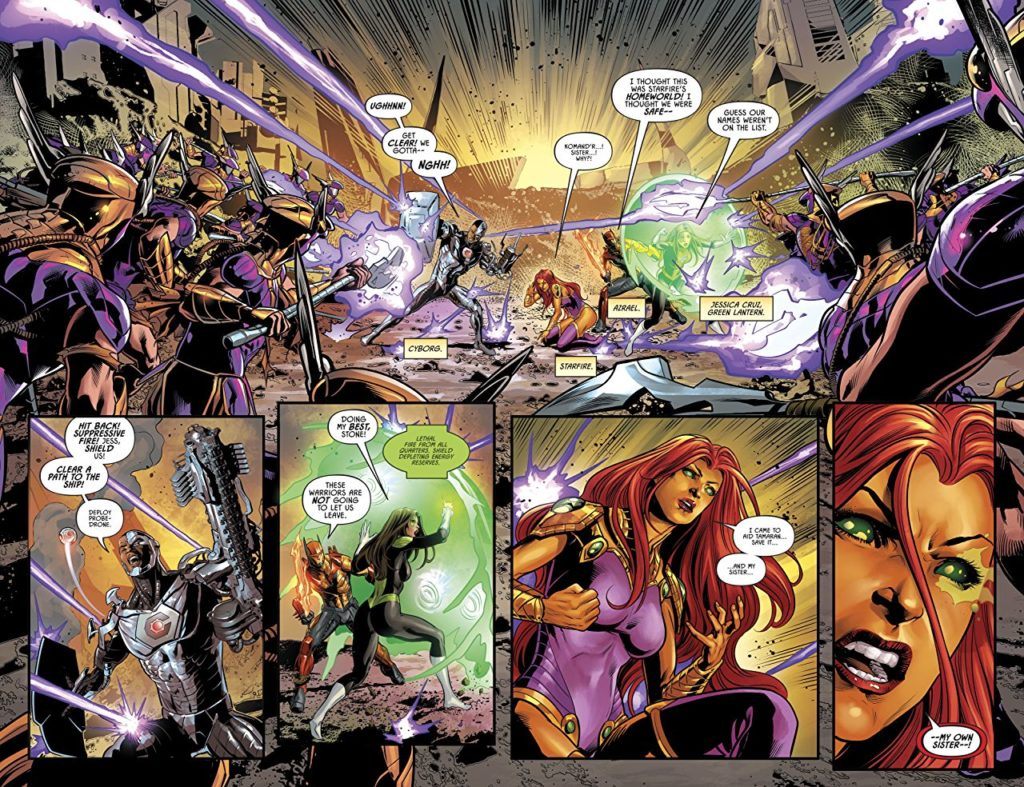 As always, my favorite moments from this issue were the personal ones. We get a really good scene featuring Starfire and Azrael as they try and cope with their recent slip-ups. In another scene, the de facto leaders Cyborg and Jessica Cruz acknowledge their lack of experience and dwindling odds to succeed.

Justice League Odyssey #7 returns to the space-based action that propelled us through the first few issues as Starfire loses control of herself and her powers, Jessica Cruz’s power depletes more of its charge, and Darkseid is a sad sack of potatoes sprawled out on a foreign alien planet.