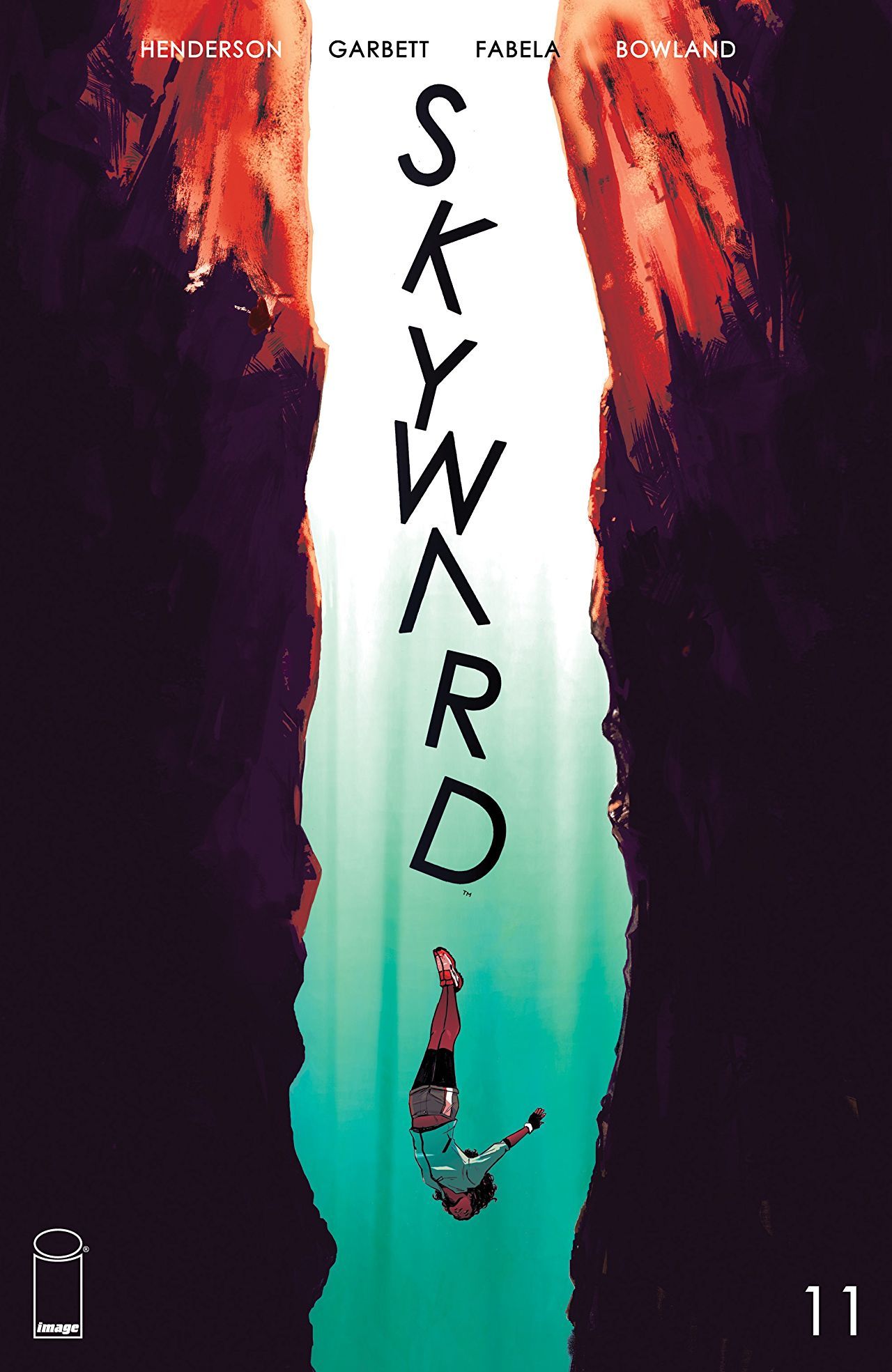 This issue of Skyward moves fast and furious as we finally get some of the answers that we have been searching for regarding Willa’s journey. Honestly, I didn’t expect Willa to find the secret to fixing the world so soon. Nor did I expect the reveal of what it actually was to be as surprising as it is. Let’s just say that it changes everything going forward.

Henderson is working with a lot of moving pieces. However, with the impending attack on Chicago from the farmers and Willa’s race to get to her father’s secret, it all makes sense why it feels like everything is moving so fast. Luckily, the characters are so well written that even the ones that we don’t get a lot of time with are fun to read, even in short burst. 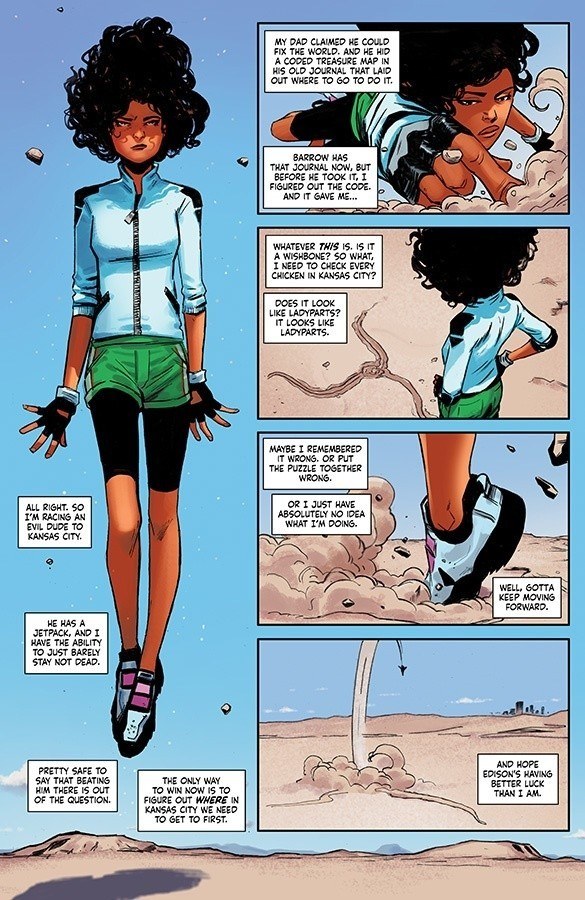 Like always, Willa continues to show why she’s my favorite character in the series. Even in the tensest of situations, she continues to be funny, adorable, charming, and quick thinking. Her street smarts and quick wit are definitely put to the test this issue. Willa and Barrow go at it again, which provides some great action in the barren wasteland that is Kansas. I’ve also grown to appreciate Willa and Barrow’s antagonistic relationship because it’s like, “on sight” and they are coming to blows.

I’m really intrigued by Henderson’s twist to the solution to fixing the world. Every character, from Willa to Barrow, will have to rethink their next steps moving forward, and I’m interested to see what they do. The only thing that isn’t surprising is the reveal of who the mystery character is from the end of the last issue. However, the writing was pretty much on the wall, and their presence still brings up a lot of questions. There is so much to look forward to with Skyward, the book that just keeps on giving. So many revelations, and plenty of more questions to follow. I had no idea how much things would change for Willa, but I had a good time finding out.

9 Mystery Ladypart Symbols out of 10