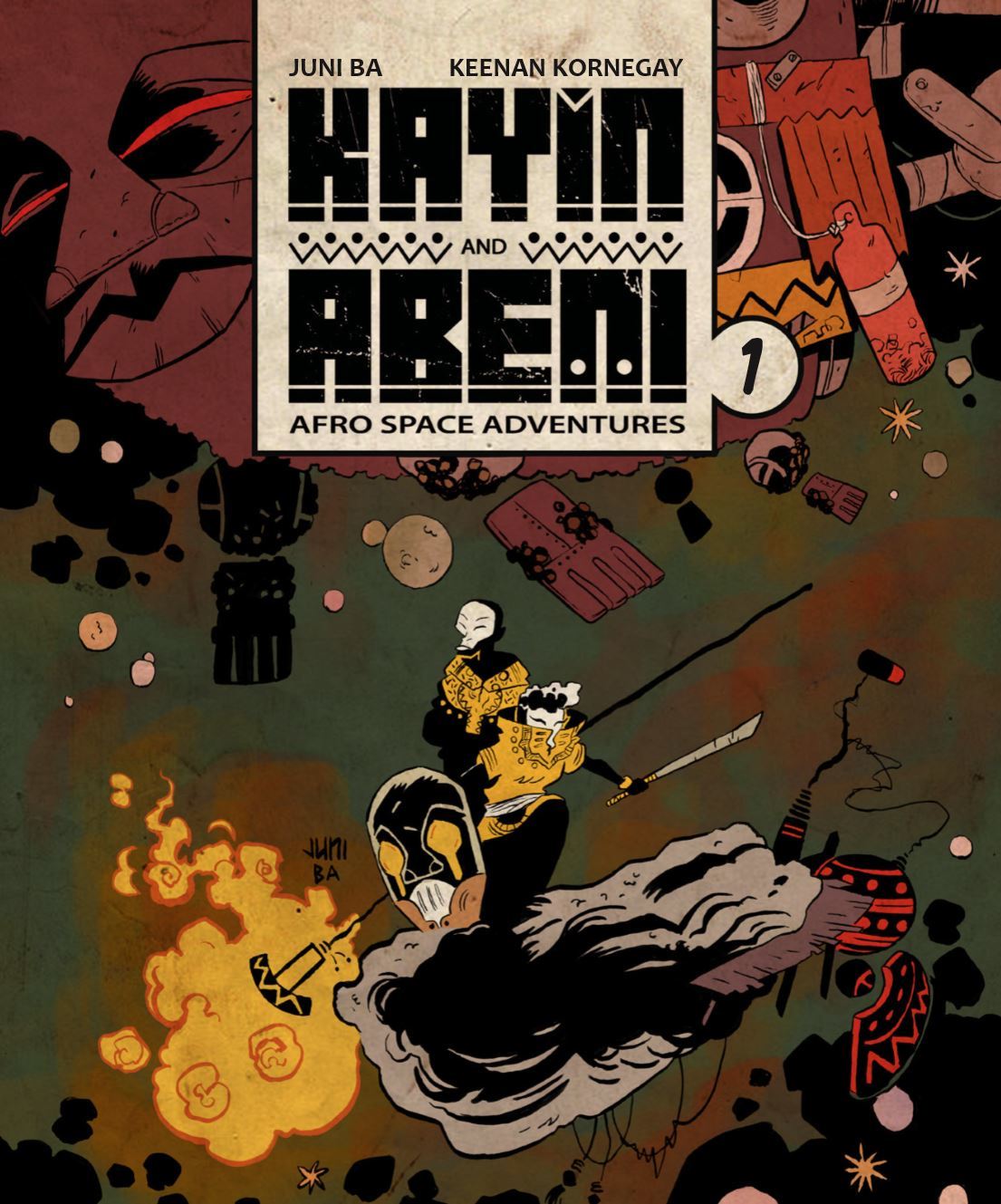 Do you like space? How about Black Panther? Would you like to see Black Panther in space? No? Wait — you’re supposed to say yes. Don’t be difficult.

You know what, whatever. This isn’t about Black Panther anyway. But this is about Africans in space. Like a whole bunch of em.

We need to talk about Kayin & Abeni. Space is black, y’all. And I’m not talkin’ about an empty void.
Creators Juni Ba & Keenan Kornegay set up a universe where Africans rule the stars. The story follows two cousins, Kayin Afolayan and Abeni Odulowe, as they seek revenge on the pirates who murdered their clan.

In case you were wondering, this comic isn’t about Africans just chillin’ in the cosmos. The first issue of the series hits you hard with the action as it deals with Kayin & Abeni seeking out a bomb that they want to use to take out some of their enemies. But they have to deal with their seller’s rivals before he will give it to them. Initially, the panels are expansive, giving you a full view of what this beautiful universe has to offer. Then the fights ensue, and the panel layout drastically changes from larger, more encompassing panels to small, rapid fire shots of pure heat. You may be reading this thinking “Duh, that’s how panel layouts work”, but it’s harder to do successfully than one would think, and it’s something the casual reader may not notice. 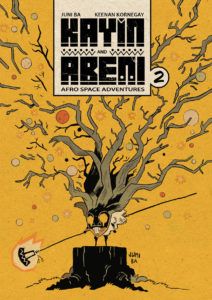 One of the coolest moments of the issue is when Kayin jumps out of his ship and puts on this huge African mask, but then you realize it’s a suit of armor a la Iron Man and homie proceeds to lay waste to the scum on the ground.

In issue two, things get much more personal. An inner monologue ropes the reader through the issue as Kayin details his past and how he got to be the stone faced badass that he is. This issue deals with universal problems, but it takes it a step further in bringing attention to the countless children left without the guidance of a loved one in Africa, and the lengths they have to go to just to survive.

In comic books, the art is what makes or breaks a series. And this one is no exception. You know when you’ve had a long ass day, and you just sit down and massage your eyes for a minute, and in the blackness of your eyelids you start to see static and stars and your eyes feel like they’re having an orgasm? That’s what this art did for me. Honestly though, you can see the care that Juni Ba put into this. It’s so unapologetically African that you don’t even need to know much about the culture to recognize it as such. But you’ll learn a thing or two before you’re through.

I particularly enjoy the colors of the comic. Ba primarily incorporates traditional African colors red, yellow, and green. Black and white are prominent colors as well. But they are used for skin tones and clothing which makes the characters stand out much more within the colorful backgrounds. 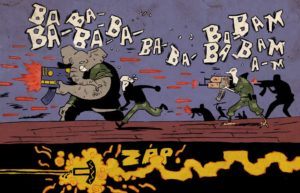 At the end of each issue, the creative team explains what inspired the story, as well as giving us character sketches and insight into the process of putting it all together.

The first two issues are collectively 3 bucks. So look here, mayne: Don’t spend that $6 on the Ninja Turtle DLC for Injustice 2 and spend half the price on something original and personal. We talk about wanting to support diversity in comics, right? Then we need to do more than just talk the talk. Click here to get your hands on the book, and here to follow Co-creator Juni Ba on twitter.

9.5 Giant tree fathers out of 10
Are you following Black Nerd Problems on Twitter, Facebook,Instagram, Tumblr, YouTube or Google+?