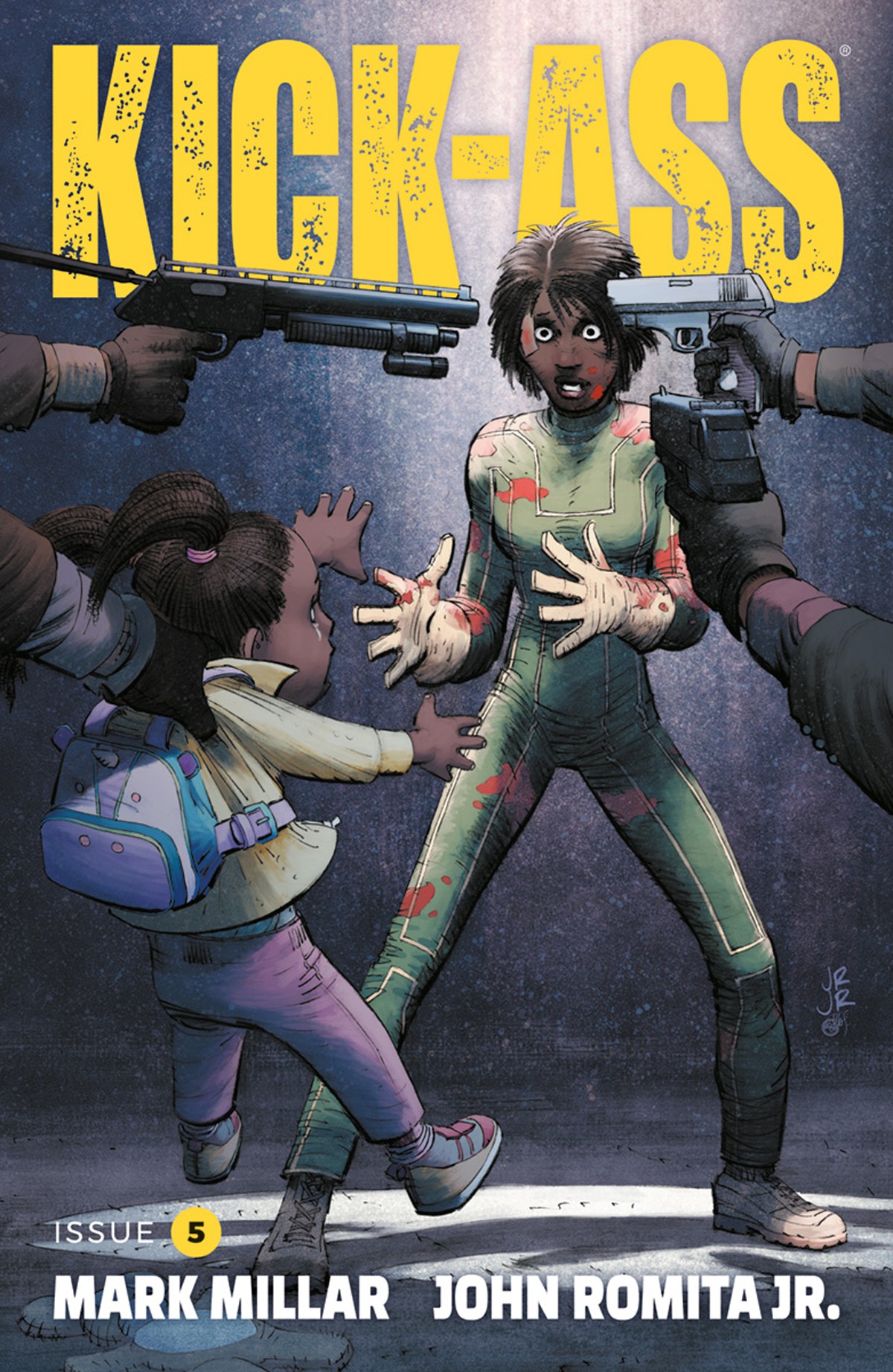 Well folks, the end of Patience Lee’s justice-seeking mission is finally in sight. She’s been through the worst of it and keeps coming out on top, but she may have met her match. Kick-Ass #5 introduces us to Mr. Solo, the gentleman that Hoops has to resort to after his lackeys fail miserably and his homicidal, prison-loving, premiere hitman comes up shorter than The Red Viper in his battle with The Mountain. Mr. Solo is a “tracking” pro, who appreciates a fellow expert in their own right. This man could find a runaway teen in the middle of Caracas with a paper clip, flashlight and and some Bazooka bubble gum. 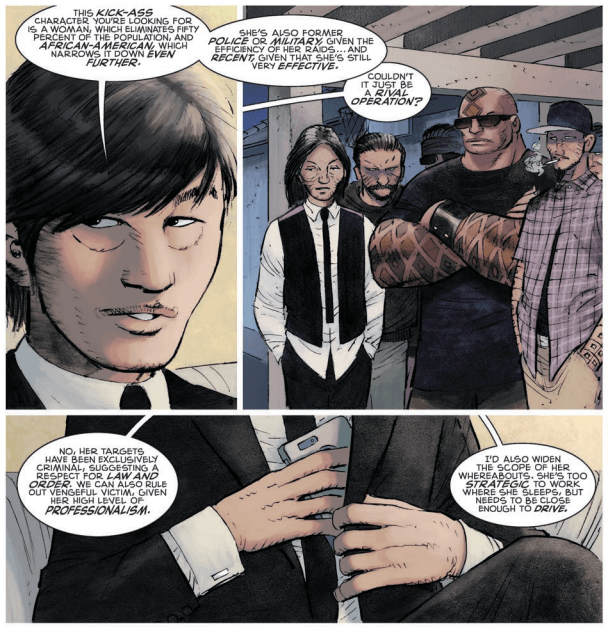 Dude is truly untethered. He holds no ties, save his curiosity when he gets a call from his favorite client. He’s a practical man, with a penchant for thinking multiple steps ahead of his target. He’s kind of the antithesis to Violencia, who I absolutely fucking loved. Violencia went into every situation believing he was the only alpha in the room, and that got his ass hit with the Hannibal Lector treatment. Mr. Solo is a meticulous fan of sudoku and chess, which should tell you all you need to know. Hoops and Mr. Solo are like Bacardi and Cola; They get the job done!

I gotta say, this one of those issues that John Romita Jr. absolutely shines. I dam near caught PTSD from the authenticity and insane attention to detail in Patience’s flashbacks. Shout out to Millar doin’ vets proud and showing real grit with these tough (and at times, taboo) military aspects. Luckily, Romita has a clear vision for these Night Stalker memories, because I can’t get enough. 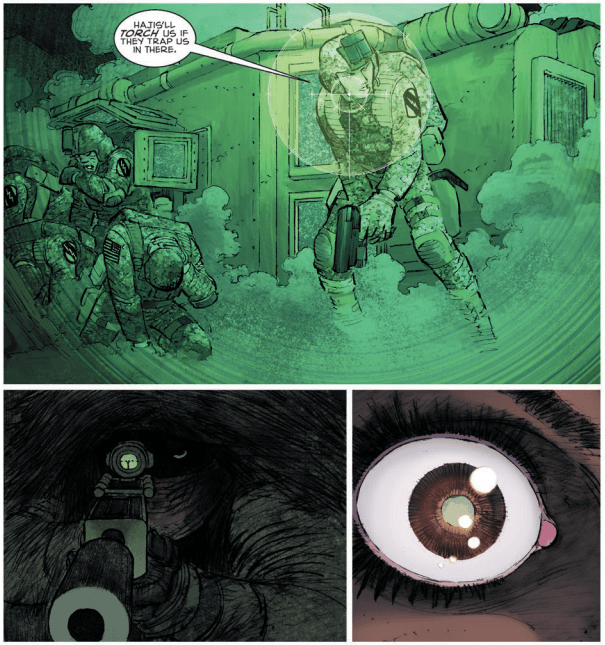 Issue #5 of Kick-Ass really takes a turn in pace and direction. Things slow down a bit, but Romita Jr. picks up the slack by delivering some top-notch artwork. The ending leaves our hero in the most dire situation she’s encountered thus far. This next book is the final one of Millar and Romita’s run, so you know we’re about to see Patience Lee exhibit some of the most savage tactics she has up her sleeve.

7 Neighbors Minding Their Goddamn Business out of 10