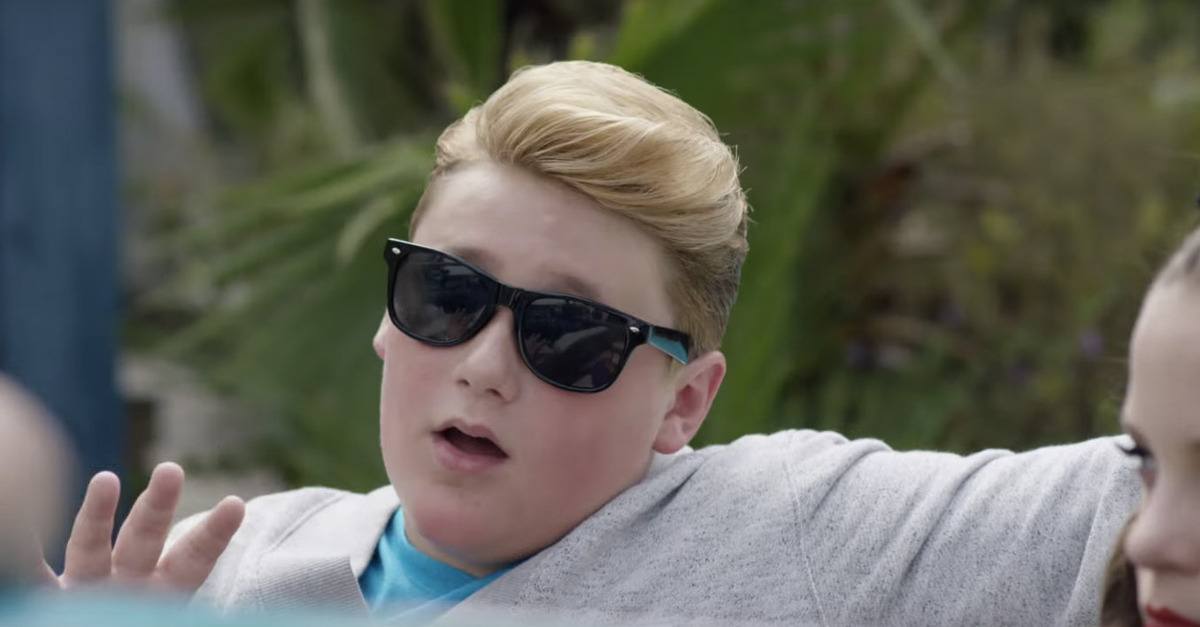 Yo I was minding my own business on Facebook, right — looking through my news feed and mentally noting which statuses I’d come back and fade once that new Dislike button drops (y’all know who I am). Then I came across this video that read, “This song is basically the Kidz Bop Version of Trap Queen.”

Now… you know when your common sense is telling you “Fuck nooooooo,” but your inner Velociraptor has to test the fence for weak spots? Like “Sure, why not? I just have to know.” Yeah, it was like that.

I don’t… I… Yeah, so I just — I didn’t know what rock bottom looked like until now. If cultural appropriation had a physical embodiment it would be Miley Cyrus’ 2015 VMA locks, Justin Bieber’s privilege, and this entire song. Yo, if you even try to come at me in the comments section talkin’ ’bout “It’s just some kid having good-natured fun, Omar. Why you gotta take it there, Omar?” then you must not have noticed that amongst their swing dancing old-timey USA remake they straight up had the Black kid as the chauffeur. Word? That’s what’s hot in the streets in 2015? Just cause son supposed to be lookin’ all “lemonade stand selling lemonade on a hot day for 25 cents” innocent, I’m supposed to let this go? I’m supposed to let this shit ride? I’m supposed to be like, “the cinematography was very well done throughout the video, especially the part where they were actually whipping up pies”?

[divider type=”space_thin”]
No! You know why? Cause I looked up and saw Mufasa pointing back at me saying, “Aye… Remember who you are.” What’s next, b? Zach Efron doing a cover of Nelly’s “Tip Drill” for Disney featuring Bob the fucking Builder? Taylor Swift lip syncing “King Push” for a lamaze class? We tolerated too many folks doing the Nae Nae, and letting this shit slide is what leads to the Mickey Mouse Club kids hittin’ the quan and shit next. I can’t get Jiggy to this shit, yo. I can’t Harlem Shake to this. I can’t drop it low and get my eagle on to that shit, maaaaaaaan!

I don’t even want to eat apple pies anymore, dude. I fucking love apple pies! This whole video made me wanna take pies off the fucking dessert menu, man. I couldn’t hold this weight on myself alone so I had to put this shit on Hanif’s Facebook wall. (Hanif Willis-Abdurraqib, who coincidentally wrote an essay on why Trap Queen is the great love song of our generation.) I was straight up Patient Zero for my squad.

[quote_simple]Hanif: Man I swear I love her how she work the hot stove. I didn’t give the world 2,500 words on Trap Queen for this shit to flourish. I didn’t push a 2,000 word limit to have to watch this. [/quote_simple]

But what was I supposed to do?! I could not be the only one to witness this shit. I tried to have my girlfriend see this shit so she could be down in the muck with me — you know, get through this together — but her swerve game hit me on the Gchat, like:

Then Jordan Calhoun was exposed and got to see just how low rock bottom goes on the interwebs.

Fam. FAM. Sometime you just gotta carry the cross yourself to protect the ones you love, but when the weight is this heavy? I understand why my mans had to share the pain, tossing the shit on my floor like prison gruel that you still think twice about eating even though it’s been Toni Braxton’s 7 Long Days since you last ate. Now the whole world gotta feel it. I’d be mad but I can’t stop laughing this hard — Pandora’s Box is open and the evil done poured out so hard even Kratos wouldn’t fuck with it. He saw baby-teen Katherine Heigl whippin’ pies in the Pleasantville kitchen and fell back like “I ain’t avenge my family for this shit.”

Yesterday the revolution brought us 3 Black women winning Emmys and today the opposition released a Kidz Bop version of Trap Queen. Touche, man. Sometimes you just gotta tip your hat — they had this shit as an Ace in their deck for months, just waiting. A red phone started ringing at 3am last night and someone answered in a cold sweat:

[quote_simple]”GIVE IT TO ME STRAIGHT.”

“Viola won, sir! She set us back 5 years! She talked about the Underground Railroad and opportunity. The Negroes, sir…”

And then the shit was on. I told my White mans about it too — my Inside Man — and he already knew, like “They needed the nuclear codes to publish that on YouTube. Two old White men had to turn keys at the same time.”

And you know what else? DO YOU EVEN KNOW? It ain’t even Kidz Bop! This some bootleg ass Kidz Bop? This some counterfeit Kidz Bop? This some KickassTorrents Kidz Bop? Somebody at the real Kidz Bop office is pissed as hell they didn’t get this first. Kidz Bop is on like volume 43 and that shit has gotta be secretly run by a megachurch in Texas who wants clean entertainment for their children and earn millions. Three employees got fired and one was literally killed for this oversight. They got 1 Black employee whose sole job it is to listen to Satan’s hip hop and tell them what popular music to remake. He sits in a windowless room like Rusty Cohle watching the most horrific glorification of confident Black people getting money, and that dude just packed his desk essentials and slipped out of the office to start walking. He doesn’t know where, he’ll just figure out the rest later. If you see a well-dressed dude inexplicably hitchhiking and you ask where he’s going and he just says “north,” you’ll know it’s him.

But now it’s out in the world fam, and it belongs to all of us. Should we feel sorry for the kids? We really should. But on second thought… nah. Their parents done strayed too far from God’s light. Let me just get back to dancing with Kerry, Mary, and Taraji.